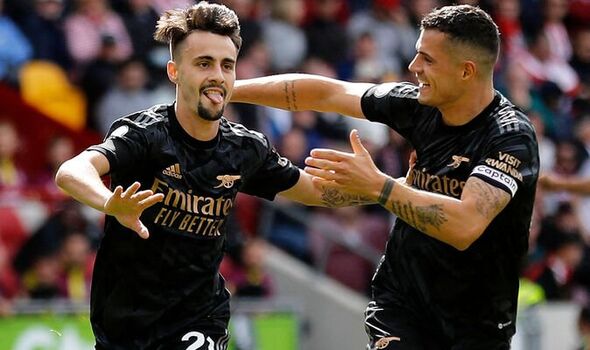 Arsenal beat Brentford 3-0 at the Gtech Community Stadium on Sunday thanks to goals from William Saliba, Gabriel Jesus and Fabio Vieira. Mikel Arteta’s side are now back at the top of the Premier League table heading into the international break. Express Sport looks at six things we learned from the Gunners’ victory over the Bees.

Granit Xhaka has almost completed full circle with Arsenal supporters. Perhaps there will always be some who question his place in the side but he is doing all he can to prove them wrong.

Martin Odegaard’s absence meant he took the armband in west London, almost three years after he was stripped of the captaincy by Unai Emery. Xhaka is thriving in his new role as a left-sided No 8.

He provided a sumptuous assist for Gabriel Jesus’ goal. Arsene Wenger always said Xhaka was better as a box-to-box midfielder and that looks clear now.

Fabio Vieira briefly showed his quality when he came on as a substitute in the 3-1 loss to Manchester United. However, he saved his best for his full Premier League debut.

His first goal in English football sealed the win for Arsenal shortly after half-time. The 22-year-old let fly with a stunning long-range effort which went in off David Raya’s post.

Everyone remembers the unbelievable support Brentford fans showed on Arsenal’s last trip to face Thomas Frank’s side. They definitely had a big impact against a depleted Gunners team on that occasion.

The atmosphere was understandably more subdued today before the match as players and fans paid tribute to the late Queen Elizabeth II. However, that continued into the game and clearly played into Arsenal’s hands.

Frank wants the Gtech Community Shield to be a fortress and the fans have to play a part in that. 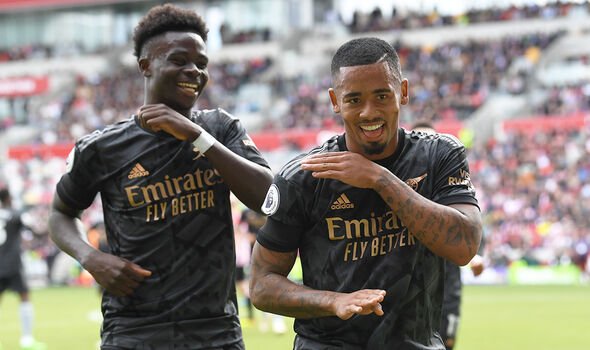 This was more than just a trip to Brentford for Arsenal. It was a chance to prove they have made a key improvement from last season.

Arsenal lost consecutive matches on far too many occasions last term, which ultimately saw their Champions League qualification hopes go up in smoke. Today they were right on it from the first whistle despite the early kick-off and head into the international break at the top of the table.

Many feel the signings Arsenal made in the summer strengthened the depth available to Arteta. However, it is still not to the level the Spaniard will ideally want.

The average age of Arsenal’s bench today was just 21. Three of the nine players had not played a single minute of football for the first team, while Marquinhos and substitute goalkeeper Matt Turner were yet to play in the Premier League.

Arsenal had six players missing due to injury. Arteta will be hoping the majority of those will be back available after the international break.

On the other hand, seeing a 15-year-old on the bench points to a fine job the academy continues to do at Arsenal. And when Ethan Nwaneri came on in stoppage time, he not only became Arsenal’s youngest player of all time but also the youngest to play in the Premier League.

Arteta had other more experienced options in the academy that he could have named among the substitutes. But he has clearly been excited by what he has seen from Nwaneri.