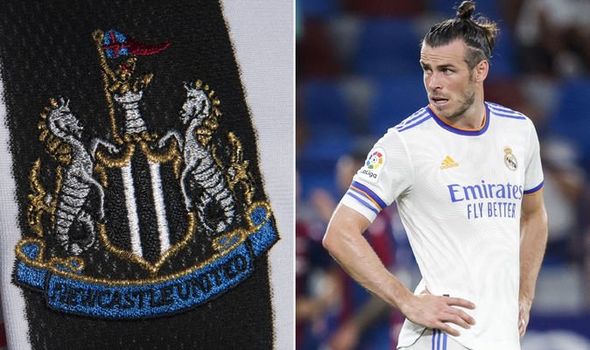 Newcastle’s Saudi Arabian-backed takeover is finally close to actually happening with the nation’s Public Investment Fund (PIF) set to contribute 80 per cent of a £300million deal. The Magpies will have the richest owners in world football if a deal gets done and are set to gain Premier League approval with Mike Ashley’s 14-year ownership of the north east club finally set to come to an end. Express Sport looks at six dream, yet realistic, signings that Newcastle could make under the Saudis in January or next summer.

Manchester United midfielder Van de Beek has endured a torrid time at Old Trafford since joining from Ajax almost 18 months ago and this season has racked up just 141 minutes of action.

Fabrizio Romano recently said that the Everton-linked Netherlands international is “planning to leave” United in January with the Toffees “one of the clubs” from the Premier League and several outfits in Italy and Spain all interested.

That could open up the possibility of a switch to Newcastle, who are in need of further improvement in midfield, They could sign the player on loan in January and even try to include an option to buy him permanently in the summer with Van de Beek’s United career already looking in ruins.

The Dutchman might have to be convinced to take a step down from a Champions League-level club but the Magpies could offer him regular minutes and might play more attractive football by then if Steve Bruce is sacked.

Premier League clubs are apparently being invited to make a bid for Juventus’ Aaron Ramsey in January and Newcastle are among the clubs who have been loosely linked with the Welshman.

A standout performer at Arsenal, the 30-year-old is on the periphery in Turin and has made just one start this term despite his versatility in the midfield positions.

Ramsey remains a capable player and despite his injury issues would provide extra class to the Newcastle midfield, with the Saudis potentially able to ensure he would not have to take a huge pay-cut from his eye-watering £400,000 a week contract in Italy.

West Ham and Everton are also said to have registered interest in the 67-cap Wales international though so it would not be easy to sign him if he is indeed available in the winter window, or next summer.

Ramsey’s Wales team-mate Gareth Bale is one of the most attractive options available on a free in the summer of 2022, and could even be available on the cheap in January.

Despite turning 32 in July, Bale proved last season on loan at Tottenham – when he scored 16 goals in 34 appearances – that he can still make an impact in England’s top flight and he would be a high-calibre addition to excite the St James’ Park fanbase.

Bale has made three appearances this term under Carlo Ancelotti at the Bernabeu but has since been sidelined with a knee injury, with his fitness having been his biggest flaw in Madrid, and Los Blancos are incredibly unlikely to grant him a contract extension before the summer meaning he would be available without having to pay a transfer fee.

Whether he would be willing to join a Premier League club who aren’t Spurs remains to be seen but Newcastle could lure him in with a big wage, albeit not the same salary he earns in Spain’s capital currently, and the promise of regular minutes.

The 21-year-old is an integral player for the French club but is out of contract in the summer of 2022 like Bale. And he might be tempted to move to England to play in the Premier League, even though he will presumably have aspirations to play in the Champions League.

Man United have been linked with Kamara but the France under-21 international would surely be more assured of a starting spot with Newcastle.

It was said earlier this year that Kamara was not convinced by the prospect of joining the club under Bruce but he could be more drawn towards playing under a new manager and at a side backed by wealthy new owners, playing alongside countryman Allan Saint-Maximin.

Newcastle could do with a pacier centre-half and one feasible option could be Wolfsburg’s Maxence Lacroix, who has been mentioned in connection with Chelsea previously.

The fleet-footed Frenchman is just 21 but is a week-in, week-out starter in the Bundesliga and has played both of his club’s two Champions League matches this term.

Newcastle will unlikely be able to offer European football to Lacroix next season but do not underestimate the appeal of Premier League football, and Lacroix would be a starter for the Magpies.

Having to beat the competition to the France under-20 international means it would not be a simple signing but Newcastle’s newfound wealth could give them an advantage.

Another player set to be on the free agent market next summer, Belotti has spent the past six seasons at Torino without ever making the step up.

The Italian, now 27 and 28 in December, may finally fancy a fresh challenge after scoring 106 goals in 231 games for the Turin side. Even better for Newcastle, he’d join for free.

Newcastle could offer him a new adventure and given his current club reside towards the lower end of Serie A, they would fancy their chances of tempting Belotti, who has 12 goals in 39 caps for his country, to the north east.

Having made at least 32 league appearances in every season of his time at Torino, Belotti could offer a more rigorous alternative to Callum Wilson while who providing more goalscoring threat than Joelinton.