Luke Shaw to be ‘offered new contract worth £190,000 a week’… but deal could lead to ‘unhappy’ Alex Telles departing Manchester United this summer

Manchester United are reportedly ready to reward Luke Shaw’s excellent form this season by offering him a new five-year deal worth £190,000-a-week.

Shaw has emerged as a key figure in Solskjaer’s side this term, racking up 40 appearances across all competitions at left-back.

His constant presence in the team has helped fire United up into second in the Premier League table and in line with their best league finish since 2018. 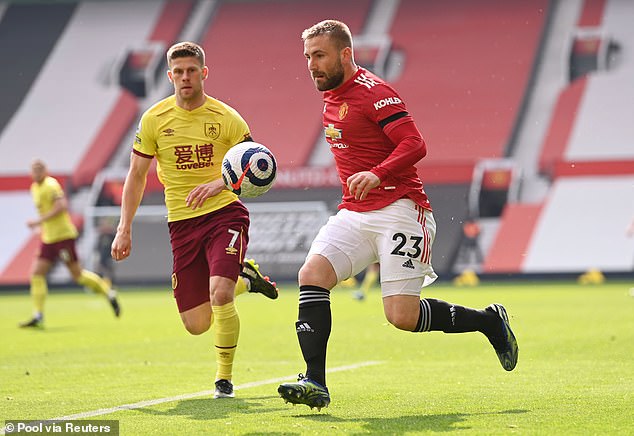 Luke Shaw (right) is reportedly in line for a £40,000 pay increase at Manchester United 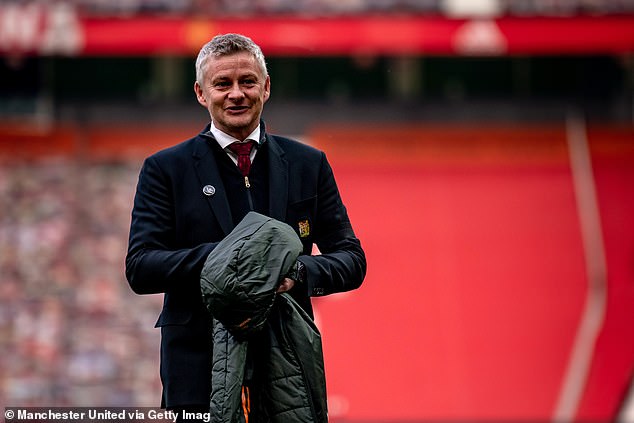 The 25-year-old, who was much maligned under previous manager Jose Mourinho, is set for a £40,000 increase on his existing £150,000 salary according to the Daily Star, that is due to expire in 2023, although United have an option for a further year.

Such is the extent of Shaw’s revival, he has also forced his way back into the England set-up after three years away and now looks in line for a place in Gareth Southgate’s squad at this summer’s European Championship.

However, any new deal for Shaw could lead to Alex Telles forcing his way out of Old Trafford this summer.

Telles only arrived at United this season in a £14million move from Porto and at the very least was expected to seriously challenge Shaw for the left-back spot. 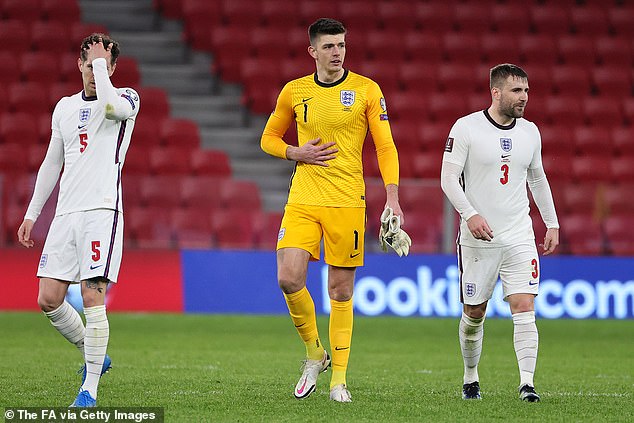 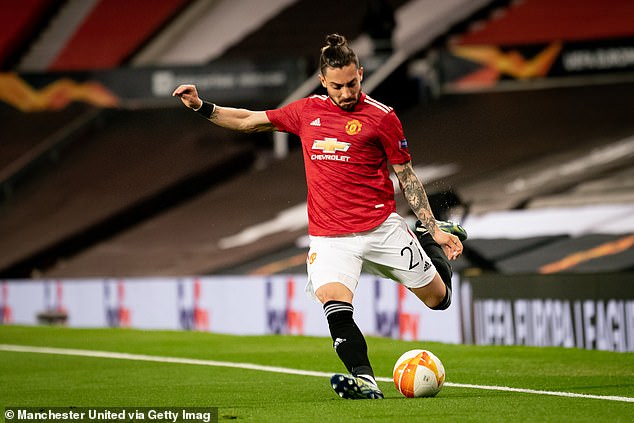 But so impressive has Shaw’s form been, Telles has been reduced to just seven Premier League appearances and is reportedly ‘unhappy’ with his bit-part role at the club.

Shaw arrived from Southampton in 2014 in a £30million deal, and will be focused on helping United end the domestic season strongly, he will also be aiming to win the Europa League for the second time following 2017 success.

The Red Devils are in a semi-final against Roma as they look to repeat their success from four years ago when they defeated Ajax in the final. 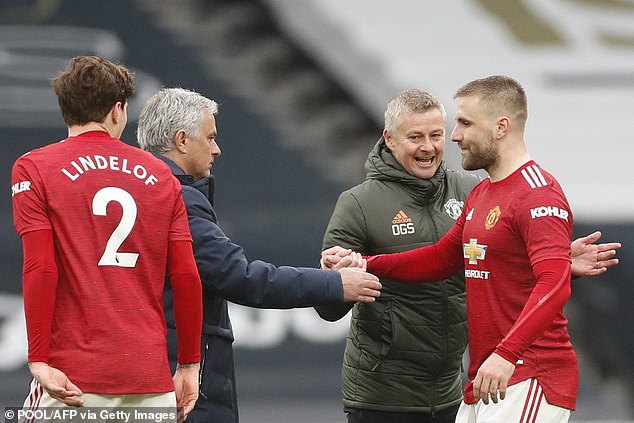 Shaw puts his revival down to United manager Ole Gunnar Solskjaer, who he insists has helped him hugely off the pitch to build confidence as a platform for his recent form.

‘He’s helped me a lot on the pitch, but more so he’s been one of the biggest influences off the pitch too, with the way he handles players’, he said.

‘He knows what players need. I had a difficult couple of years before he came in; I think maybe he realised that and knew what I needed.

‘He’s really helped me off the pitch. He obviously believes in me, he tells me that. That’s the confidence you need as a player: to have the manager believe in you.’