Home » Sevilla-Granada referee brings players back on after premature finish

Referee in Sevilla’s victory over Granada accidentally ends match one minute early… and then invites players back onto the pitch to play the extra minute even though players had swapped shirts and taken their kit off!

Sevilla’s 2-1 victory over Granada ended in farcical circumstances when the referee mistakenly blew his whistle after playing only three of the allotted four minutes of added time.

Granada’s Roberto Soldado converted a penalty in the 90th minute and his side thought they had four minutes of added time to find an equaliser, only for referee Ricardo de Burgos Bengoetxea to call time after three minutes.

The referee was surrounded by furious Granada players and after a few minutes he ordered the Sevilla team to return to the pitch, after many of them had taken off their kit. 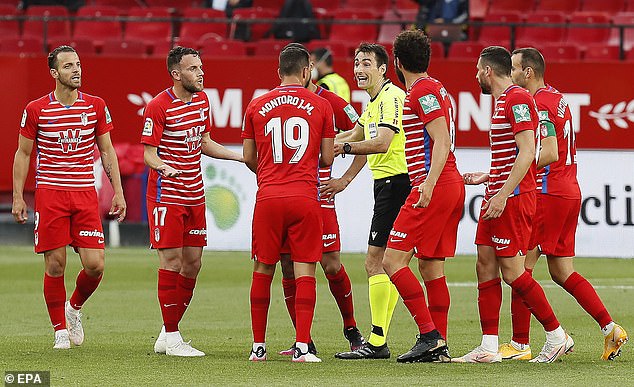 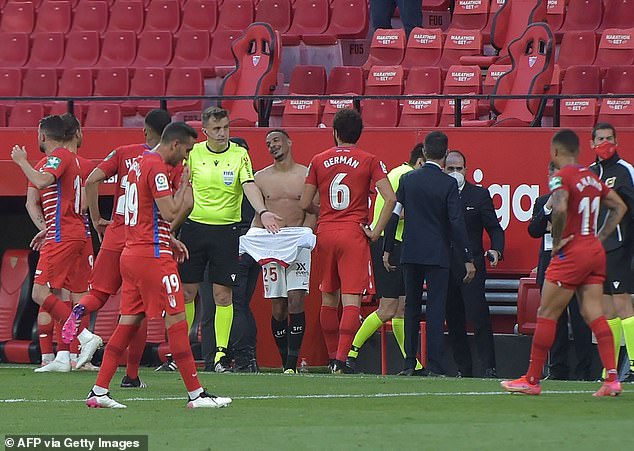 Sevilla, who went ahead with an Ivan Rakitic penalty in the first half and Lucas Ocampos’s strike early in the second, saw out the extra minute of added time to record a fifth consecutive league victory and move to 70 points after 33 games.

They remain in fourth spot just one point behind both Barcelona, who are third with a game in hand, and second-placed Real Madrid. Sevilla are three points behind leaders Atletico Madrid, who visit Athletic Bilbao later on Sunday.

The win also clinched a top-four spot for Sevilla and ensured they will return to the Champions League next season. 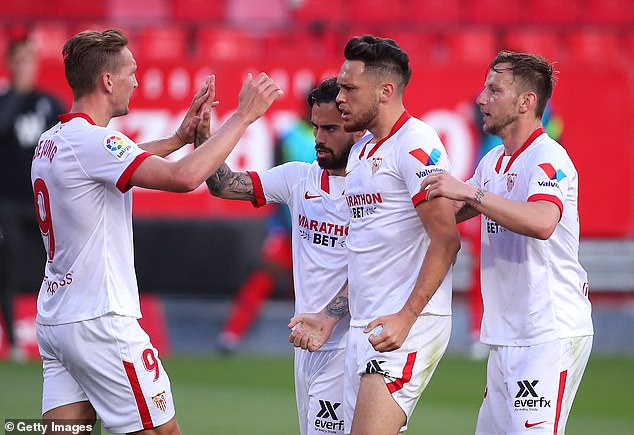 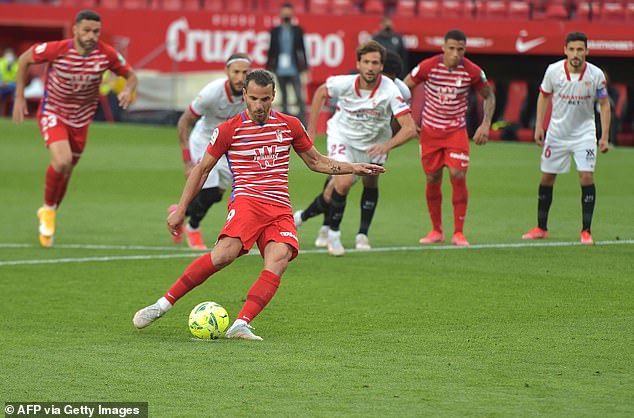 ‘I’ve never seen anything like this. Some of our players had taken off their kit,’ said Sevilla’s Ocampos on the surreal end to the game, adding that his side were full of belief for the final stretch of the title race.

‘We’ve achieved the club’s first objective and now we have five games left, all of which are like finals. We’re very motivated and very excited. Our hope is still intact.’