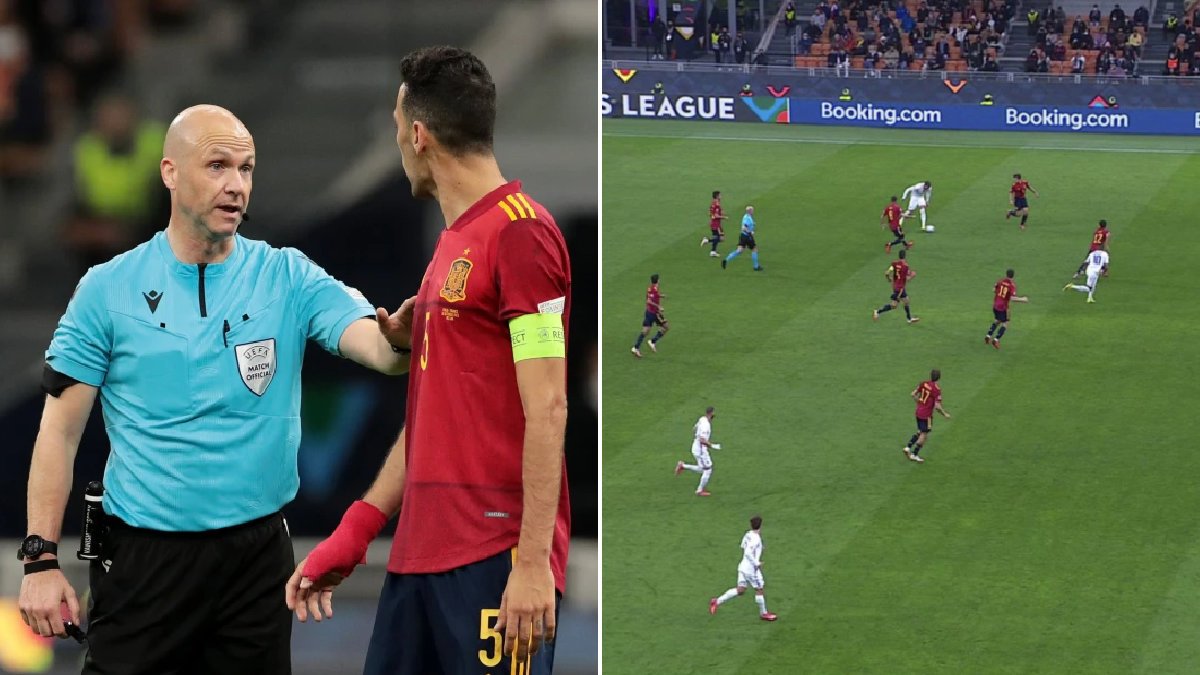 The two sides played out a pulsating contest at the San Siro, with Spain taking the lead seconds after Theo Hernandez had smashed the crossbar as Mikel Oyarzabal fired an effort into the bottom corner.

But the World Cup holders immediately fought back as Karim Benzema curled in a brilliant equaliser and they went on to grab a winning goal with just 10 minutes left on the clock.

Hernandez slipped a pass in behind the defence for Mbappe, who slotted the ball under goalkeeper Unai Simon and wheeled away in celebration while Spain appealed for offside.

Replays showed that the PSG frontman was clearly behind the last man and in an offside position, but the officials – led by Premier League referee Anthony Taylor – deemed that Spanish defender Eric Garcia had got a meaningful touch on the ball which created a second phase of play.

But Busquets, who won the Man of the Match award for his performance, was in disbelief at the decision from the officials and was furious that it had not been given as offside.

‘The referee told us that Eric Garcia wanted to play the ball and that kills the offside,’ Busquets told Spanish television after the game.

‘But he wanted to play the ball because the ball would have reached Mbappe who was offside! It doesn’t make sense!’

In a further interview with Cadena COPE, he added: ‘The second goal seemed offside to me. We pulled up the defensive line really well. I think Mbappe was offside.’

Garcia himself was equally miffed, saying: ‘Mbappe is offside. The referee tells me that I tried to play the ball. What should I do? Step aside and let him run? Apparently that’s the rule.’

Mbappe was quite clearly offside when the ball was played, but Garcia’s attempt to intercept the ball – despite only making very slight contact – was considered deliberate and therefore it becomes a new phase of play.

The rules state that ‘a player in an offside position receiving the ball from an opponent who deliberately plays the ball, including deliberate handball, is not considered to have gained an advantage.’