Sheriff Tiraspol midfielder Sebastien Thill has watched a replay of his goal that gave the Moldavian minnows a famous win over Real Madrid ‘over 100 times’.

The Luxembourg international’s stunning strike on Tuesday night secured a shock 2-1 win for Sheriff at the Santiago Bernabeu as the visitors produced one of the biggest upsets in Champions League history.

Thill’s half-volley joins a rich tapestry of similarly brilliant goals in the history of the competition and he admitted reminders of his strike have never been too far away over the last three days. 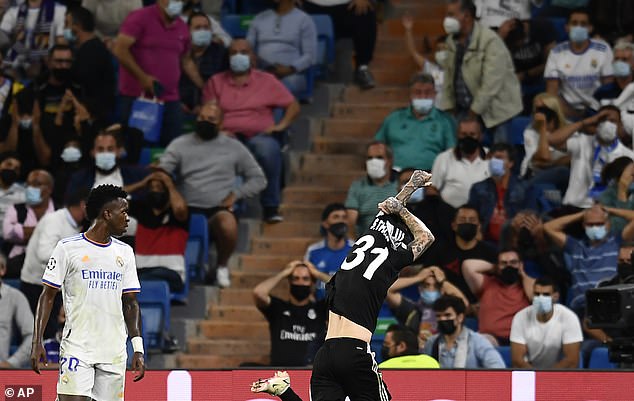 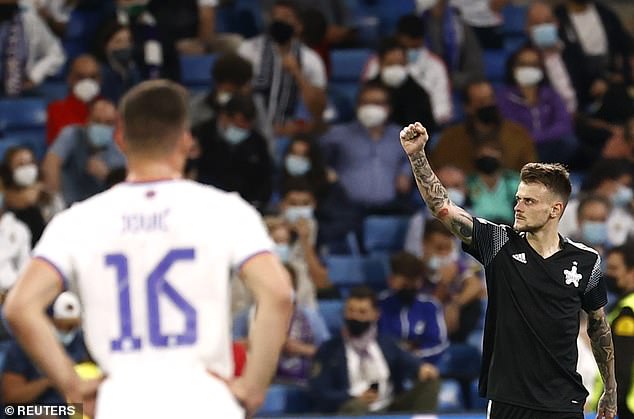 ‘A lot of my friends have posted on the internet, so when I open my phone I see the goal,’ he told BBC World Service.

‘Luxembourg is a small country and maybe [fans there] they have heard my name now.’

On his left calf, Thill, who joined Sheriff on loan from Luxembourg-based Progres Niederkorn in January, sports a tattoo depicting him dreaming to play in the Champions League.

The dream became reality this season as Sheriff became the first Moldavian club to reach the group stages of European football’s premier club competition, but scoring at the Bernabeu exceeded even his loftiest expectations. 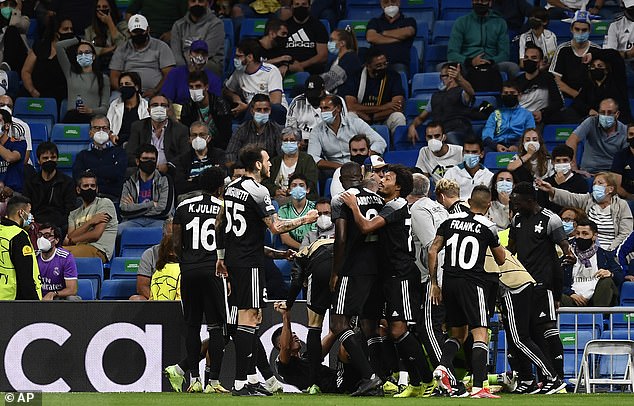 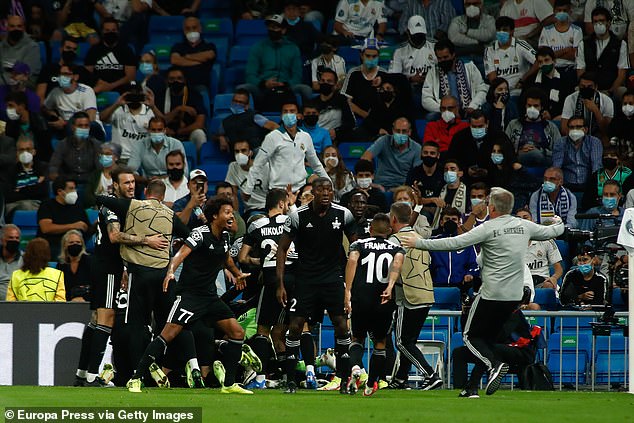 ‘This goal now is amazing,’ he explained.

‘It’s the most beautiful and important goal in my career.

‘As a child everyone dreams to play against the biggest team in the Champions League. [At first] you don’t realise you have scored the winning goal in the Bernabeu. It is only after the game you start to think about this.’ 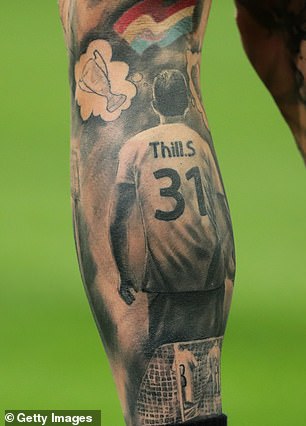 Thanks to Thill’s wonder strike, Sheriff have now won both of their first two games in the Champions League and top Group D, three points ahead of Real Madrid and five clear of Inter Milan and Shakhtar Donetsk, whom they beat a fortnight ago.

A trip to the San Siro on 19 October is next up for the Moldavian champions, a match Thill said his team will treat like the visit to the Bernabeu.

‘We are the smallest team in the Champions League so we have nothing to lose. We can only win these games so of course we play without fear,’ he continued.

‘We are the smallest team in the Champions League so we have nothing to lose. We can only win these games so of course we play without fear.’