Scottish PFA chief fears for players’ immediate futures amid coronavirus, stating more than HALF will be out of contract in the summer

Squad turnovers have been increasingly high at most clubs in recent summers and some part-time clubs will not have any players contracted beyond June 9.

With Scottish football facing up to a lengthy suspension amid the coronavirus pandemic, Wishart cannot sugarcoat the prospects. 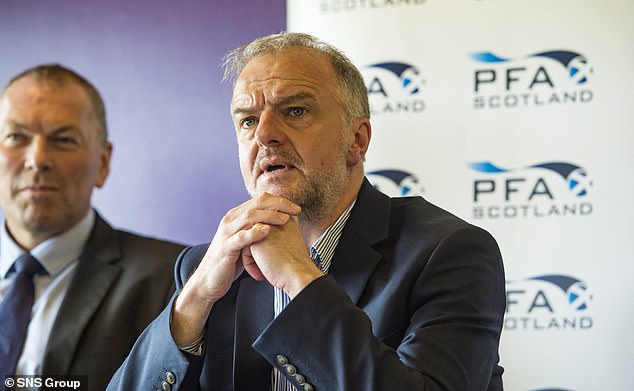 After detailing a survey showing players’ desire for league reconstruction, Wishart said: ‘I’ve seen articles in various newspapers about players out of contract in the Premiership. It can be anything between 12 and 15 at some of the clubs.

‘That would have happened anyway but the issue over the summer is the uncertainty. A lot of these players might have got a contract say in July, but if we don’t know when the season is starting, the worry is a longer period out of work.

‘If you are a member club of the SPFL and you are sitting without any players, you can actually survive.

‘And that’s a bit of a worry for us in terms of when players get their new contracts. There is nothing we can say to them to give them any comfort on that because there is so much uncertainty.

‘I would think you could say that the majority of players, more than half the players in the country, will be out of contract in the summer.

‘Until we find more certainty to it – and we’re in the hands of government, scientists and medical people – then it’s going to be a rough ride for a lot of our members over the summer.’

Premiership players could be retained if the season was extended with the SPFL board still to make a decision and clubs such as Aberdeen pushing for the campaign to be finished. But Wishart pointed out several obstacles. 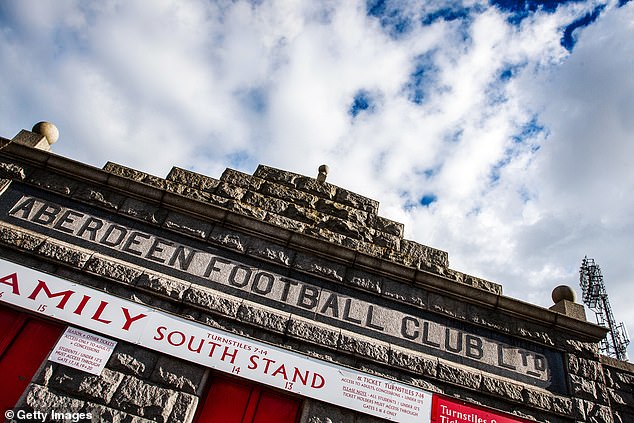 ‘We made the point in March before football got stopped that we should not be playing behind closed doors and I think we’ve been vindicated on that,’ the former Rangers full-back said.

‘We knew this Covid crisis was going to come and the safety of players was paramount. At that point Cristiano Ronaldo had played for Juventus behind closed doors where one of the subs tested positive for Covid.

‘If it was safe enough – we’re guided by government and medical people but I think it’s going to be unlikely for many reasons.

‘Specific to Scotland, it’s good to see UEFA soften their stance. We don’t have the money in the Premiership, for example, for testing. 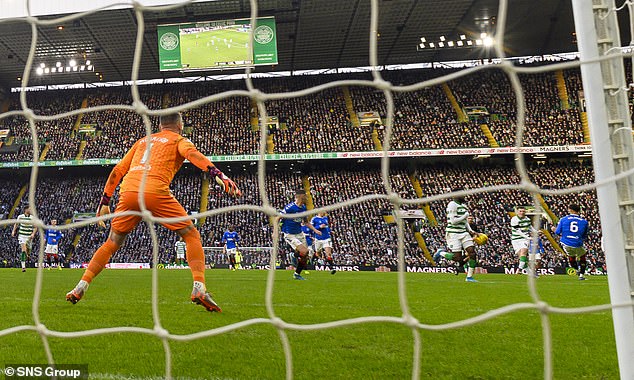 However, Wishart believes the league cannot return to being played behind closed doors, and with safety paramount is struggling to see how the season can be completed

‘I think it would be difficult but as long as that remains open, we remain open to working with the authorities to getting that done.

‘If you sign a short-term contract, we’d want injury insurance for every player, income insurance. If you’re asking them to play for you for a month, they get a knee injury and are out for 10 months and not getting paid, then I don’t think we could recommend that to players.’

Almost 700 players completed the PFA Scotland survey on league reconstruction with nearly 80 per cent in favour of change and most of them calling for three divisions of 14 with two up/two down plus play-offs.

Wishart said: ‘I think it’s a strong message and, for that reason, it can’t really be ignored. These are the guys who are on the field of play.

‘The number of comments the guys are making, they are not just ticking a box. There was a bit about boredom, how this is an opportunity for more clubs to play at a higher level.’