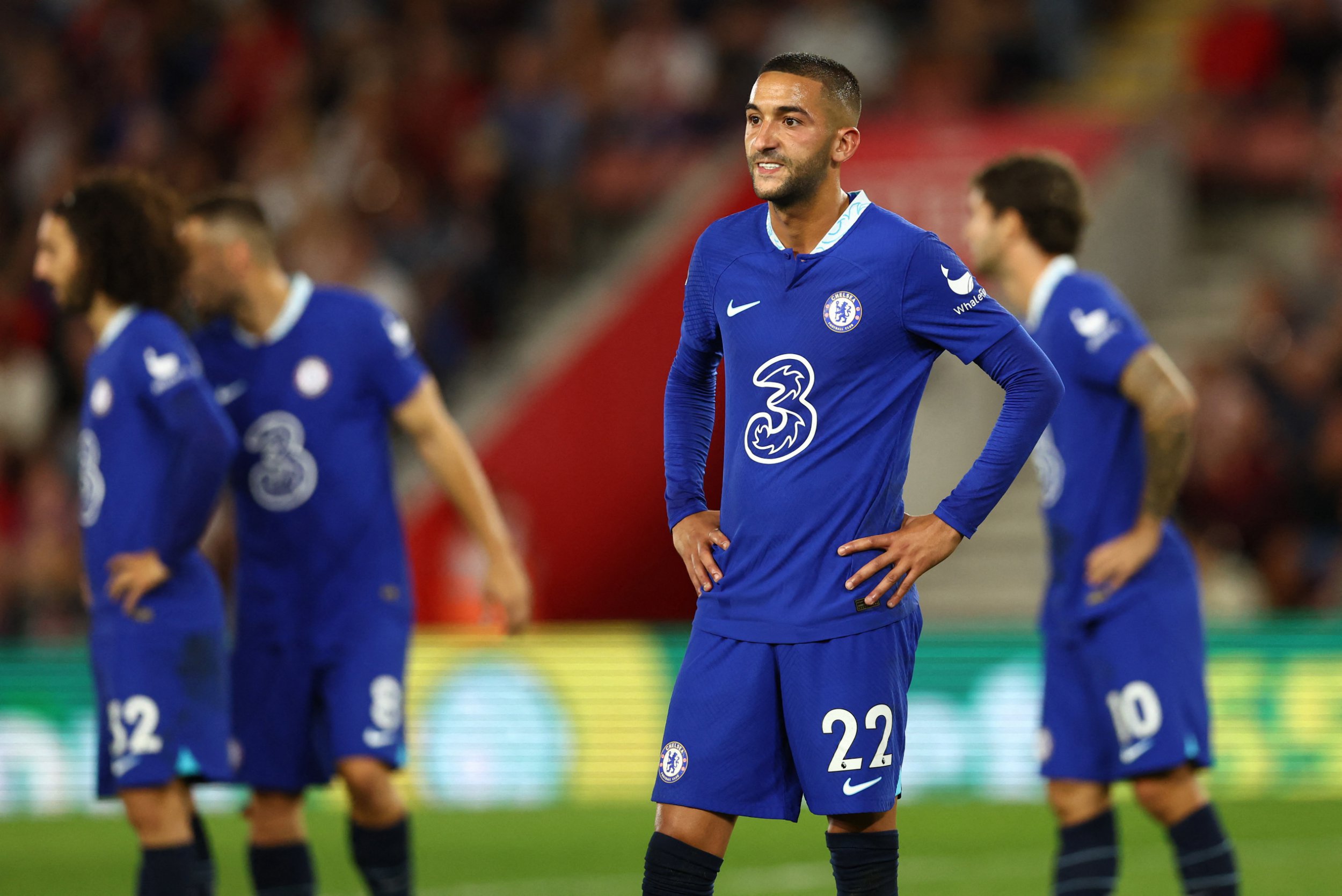 Scott Minto admits he ‘wouldn’t be bothered’ if Hakim Ziyech never played for Chelsea again following their 2-1 defeat to Southampton on Tuesday evening.

Raheem Sterling gave Thomas Tuchel’s side the lead at St Mary’s but goals from Romeo Lavia and Adam Armstrong secured the win for Southampton.

Ziyech, meanwhile, struggled to make an impact in Chelsea’s three-man attack alongside Sterling and Kai Havertz.

And Minto has suggested that Chelsea would not be losing out if they offloaded the Moroccan midfielder before the transfer deadline.

‘The goal that made it 2-1 gave Southampton a big cheer and a big pat on the back. Coming off at half-time everyone in the stadium was up for it,’ Minto told talkSPORT.

‘Okay, it’s half-time. How are Chelsea going to react? They did not react at all in the second half.

‘I think that Thomas Tuchel did all that he can with what he had on the bench. He went from a three, to a four, to a three again and bringing on all his attacking players that he thought he could in terms of senior professionals, but they just weren’t good enough.

‘For me, Hakim Ziyech, it wouldn’t bother me if he didn’t play for Chelsea again. It was difficult for Christian Pulisic coming on but again, he’s another player who has flattered to deceive over the last 18 months or so.

‘Chelsea need another central defender and they need an out-and-out striker and listening to you guys talk about Anthony Gordon, maybe they need him playing with passion as well as skill and technique as well.

‘At the moment they have a lot of ‘flair players’, but they’re not getting on the ball and in the second half it was Southampton who stepped it up and fully deserved the three points in the end.

‘It was disappointing for Chelsea and it’s going to be an interesting last couple of days before the transfer window finishes.’