Lewis Ferguson reckons Aberdeen team-mate Andy Considine will be laughing along with the rest of Scotland after his stag do antics somehow revived a disco classic.

Baccara’s 1977 hit ‘Yes Sir, I Can Boogie’ was listed at number three in one UK singles chart at the weekend after footage of Considine and his Scotland team-mates dancing and singing along to the track went viral.

The hit was played in the Scotland dressing room after last Thursday’s Euro 2020 play-off win over Serbia.

Considine had shot to fame among Scottish football fans five years ago when a video of him singing the song in drag with others on his stag do was leaked on YouTube.

After being kept in the public eye by a podcast run by Peterhead midfielder Simon Ferry, Open Goal, Considine’s Scotland team-mates were quick to play the song as they celebrated their triumph.

And now the song – and the circumstances behind its rejuvenation – has secured far wider appreciation.

Dons midfielder Ferguson, who is hoping to secure European Championship qualification with Scotland U21s on Tuesday, said: “It’s brilliant. It is funny. Obviously I had seen the video of big Andy but it went quiet for a while.

“I think the boys on Open Goal brought it back to life, Si Ferry and Paul Slane, with singing it every week.

“The nation has just latched on to it. Seeing all the videos on Thursday night was hilarious.

“To be honest, because it happened so long ago, everyone at Aberdeen had all had their say on the matter. 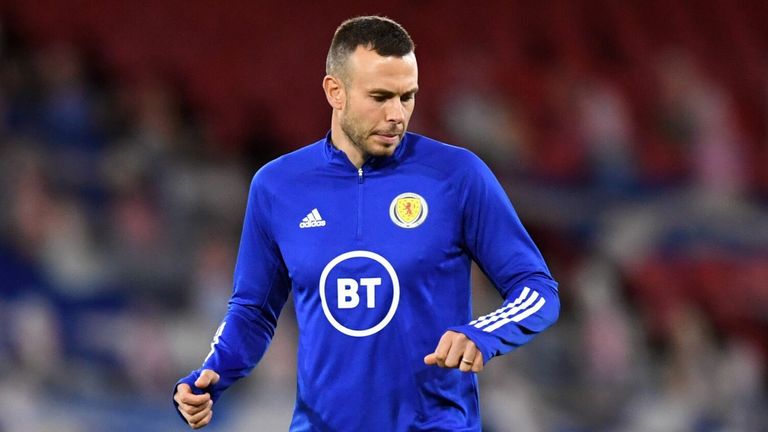 “But it’s been brought back to life and, honestly, Andy is the nicest guy in the world.

“He just has a laugh about it and I’m sure it will be the same when he’s away with the A squad, having a laugh and joke about it.

“But it is absolutely brilliant and to see all the videos over social media in the past couple of days has been brilliant.

“And is it close to number one? Magic.”