Home » Soccer » Sarina Wiegman: Everything you need to know about England manager ahead of Euro 2022 final

How England reached the Euro 2022 final

Sarina Weigman is close to becoming a household name as a result of her impressive spell in charge of the England women’s national team since taking the job in September of last year. She has managed to lead the Lionesses to their first major tournament final since 2009 by winning every game so far at Euro 2022, with England set to face Germany for the grand prize under the Wembley lights on Sunday evening.

Weigman gained 104 international caps with the Netherlands during her playing days before pursuing a career in coaching after her retirement in 2003. She managed at Dutch clubs Ter Leede and ADO Den Haag before she was appointed by her country, initially on an interim basis, in 2015.

The 52-year-old moved into the role on a permanent basis a year later and has since gained a reputation as one of the world’s leading coaches in women’s football. She managed to lead the Netherlands to victory in Euro 2017 and reached the final of the World Cup in 2019 before she was poached by England towards the end of last year following the departure of Phil Neville.

The Lionesses have established themselves among the best international teams on the planet under the guidance of Weigman, who will be desperate for them to finish the job by defeating Germany in Sunday’s all-important final. She has already urged her players to go out and make history on the hallowed turf at Wembley after gaining the support of the entire nation over the last few weeks at Euro 2022.

“I think we have been an inspiration for the country already,” Weigman told a press conference earlier this week.

“You know when you win a major tournament it really makes a difference and that would make me very proud. But I don’t think further than that. Most of the time you don’t realise the impact until probably 15 years later.” 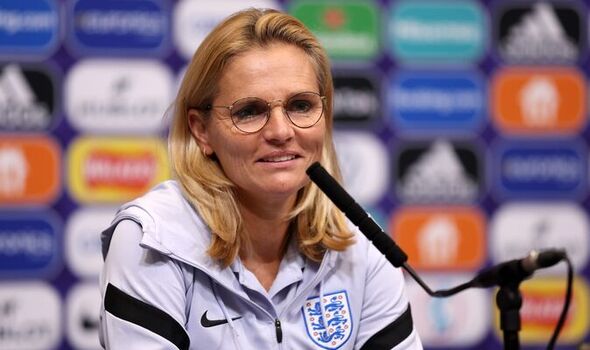 Where is Sarina Weigman from?

Weigman was born in the Dutch city of The Hague on October 26, 1969. She fell in love with football at a young age and regularly played on the streets as a child before she joined a local club, where she featured alongside boys.

She spent the entirety of her playing career in the Netherlands with the exception of one year, during which she played in the United States with the North Carolina Tar Heels. Weigman lifted two Dutch titles while on the books of Ter Leede and clinched a single KNVB Cup before retiring in 2003 after becoming pregnant with her second child.

What is Sarina Weigman’s net worth?

Weigman’s net worth currently stands between £1million and £5m, according to The Sun. She is also said to receive an annual salary in the region of £400,000 in her role as England manager. 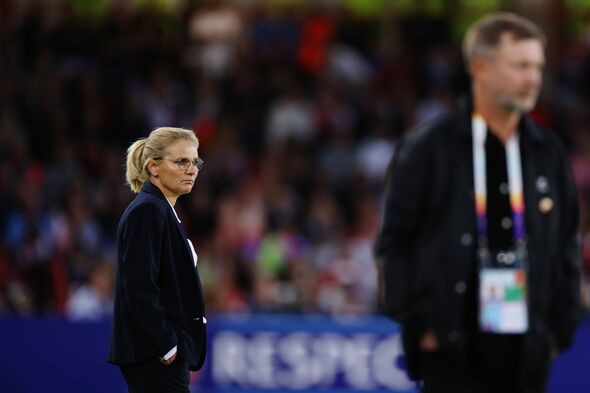 Who is Sarina Weigman dating? Is she married?

Weigman is happily married to fellow Dutch football coach Marten Glotzbach, who is likely to be in the stands on Sunday to watch his wife’s England side in action.

He has worked in coaching roles at a number of clubs in the Netherlands and holds a UEFA ‘A’ licence, which he earned back in 2002.

The couple have been married for over two decades and have two daughters together, Sacha and Lauren Glotzbach, although not much is known about the pair.

What is Sarina Weigman’s record as England manager?

Weigman has yet to taste defeat with England since taking charge of the Lionesses in September of last year. She got off to the perfect start with an 8-0 thrashing of North Macedonia and has won every match with the exception of two draws against Canada and Spain back in February.

England have hit double-figures on no less than four occasions during Weigman’s reign, including the historic 20-0 victory over Latvia that made headlines around the world in November. The match set a new record for the most goals scored by an England team in a competitive game and saw four players score hat-tricks in the same outing for the Lionesses for the very first time.

Grab a slice of football history! As England aim to beat Germany to win their first ever major trophy, make sure you’ve got your copy of the official UEFA Women’s EURO 2022 final programme! Featuring both teams’ journey to the final, stunning images, and a focus on some of the best moments of a remarkable tournament, order your unique souvenir from reachsportshop.com.