SAMI MOKBEL: England defender Fikayo Tomori fails to convince in World Cup audition… the Milan centre back was at fault for two Chelsea goals and his deficiencies need to be ironed out

There was a passage of play in the first half when Fikayo Tomori dropped his shoulder to escape the attentions of Pierre-Emerick Aubameyang before shepherding the ball out of play. Impressive.

Six minutes later he was on hand again to avert danger, well-positioned in AC Milan’s penalty area to power a header out to safety as Aubameyang lurked to fire Chelsea ahead. Very good.

It was a positive start for Tomori, whose chances of going to the World Cup with England next month were thrown into uncertainty last week after he was left out of their squad to face Germany. 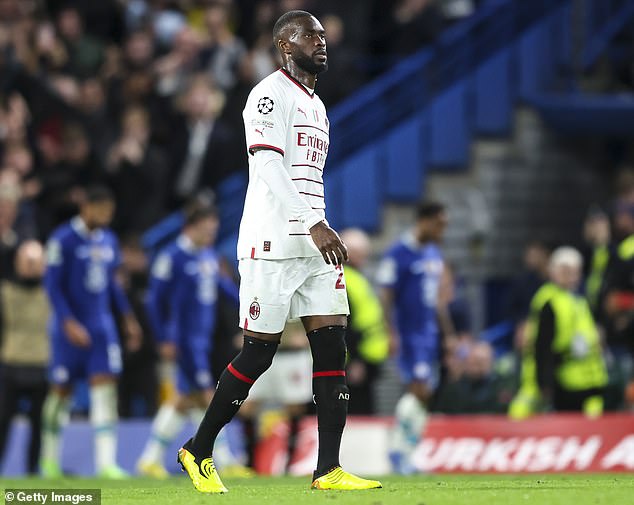 But that was as good as it got for him on a night that did little to strengthen his case to go to Qatar.

Chelsea had the ball in net again soon after as Tomori chased down Mason Mount, who executed a delicate lob over his former academy colleague. Tomori and Milan were spared because Mount was narrowly offside — but it wasn’t a good look.

Tomori was let off the hook again on the stroke of half-time when his loose pass was pounced on by Mount, who released Raheem Sterling. 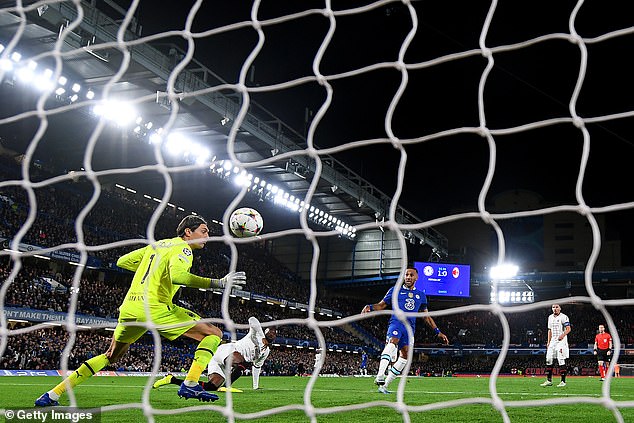 Tomori recovered to avoid what would have been a personal disaster. It is his recovery pace that makes him such an important player for Milan and why he should, on balance, be included in England’s World Cup squad.

But all the speed in the world couldn’t save him in the 56th minute when he inexplicably missed Reece James’ cross to allow Aubameyang, stationed behind him, to double Chelsea’s lead.

England manager Gareth Southgate has long felt Tomori has deficiencies that need ironing out. That won’t change when he reviews the tape of this game.

They aren’t necessarily major issues: concentration, consistency and composure. And those should come with experience. We forget Tomori is only 24. 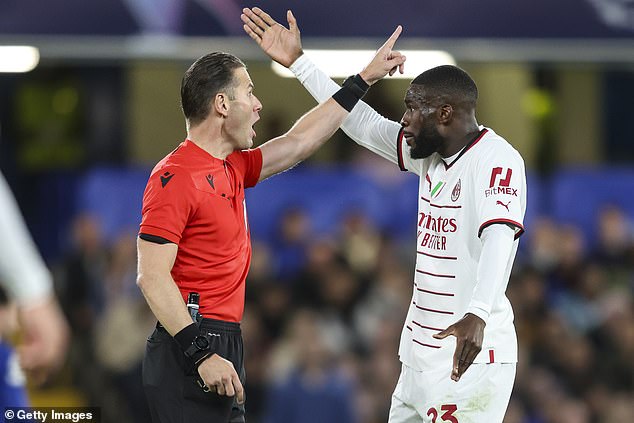 He is still learning the position, but perhaps that is why Southgate still appears unconvinced Tomori can play a central role in his plans rather than the peripheral one he occupies now.

The centre back has the raw materials to become a mainstay for Southgate.

However it is unlikely he will find himself front and centre of England’s World Cup tilt — though the uncertainty surrounding Harry Maguire could yet free up a spot.

Tomori’s time in an England shirt will come — but on this evidence he will need to wait a little while longer.