Mo Salah’s ‘selfishness is creeping in’ and is becoming a problem, says Michael Owen who slams the Liverpool star’s one-minded approach in stalemate with Manchester United

Michael Owen has criticised Mohamed Salah for being ‘too selfish’ in recent weeks which has coincided with Liverpool’s disappointing run of form.

Owen took aim at the 28-year-old following his underwhelming display against rivals Manchester United, which ended in a goalless stalemate on Sunday.

While the man defending him, Luke Shaw, had one of his best performances in a United shirt to date, Salah struggled to make any real impact which now leaves him without a goal in four games. 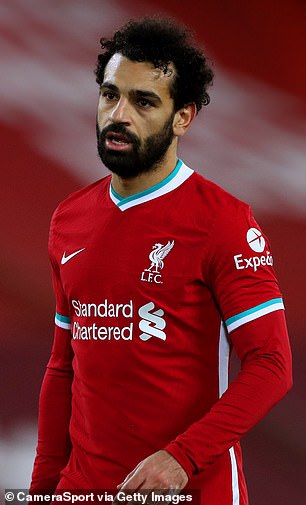 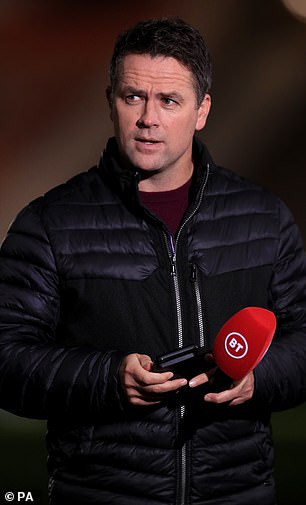 Jurgen Klopp’s men, who are usually lauded for their attacking prowess, have been stuttering as of late and Salah’s perceived one-minded approach left Owen frustrated after the 0-0 draw at Anfield.

‘There is a lot of selfishness creeping in, I’ve seen that again,’ Owen told Premier League Productions.

‘Mo Salah is not passing enough of the ball again. He’s never passed it much, but there are extremes. The last sort of few games I’m thinking “come on”.’

The Egyptian forward has not scored a Premier League goal since coming off the bench to net a brace in the 7-0 hammering of Crystal Palace just before Christmas. 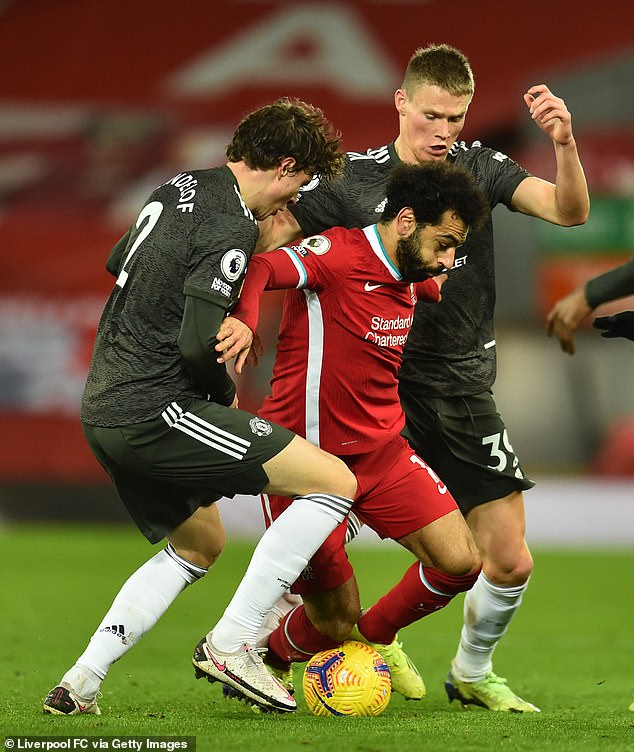 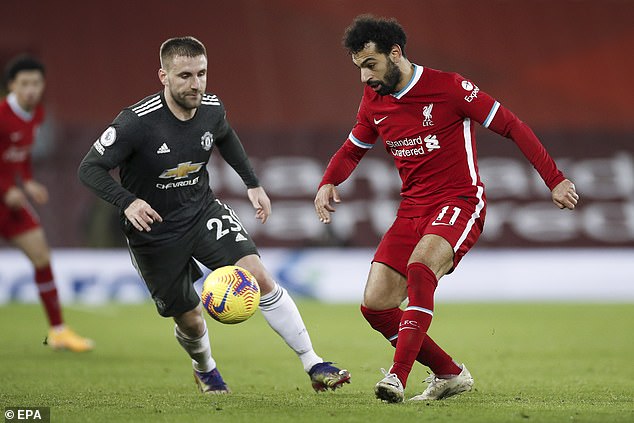 Salah struggled to make any real impact against Luke Shaw (left), who was prolific on Sunday

The goalless draw with United also saw Liverpool go three games without a goal for the first time since 2005, which left a subdued Salah frustrated at the full-time whistle.

However, while Liverpool as a whole have been struggling, many will chalk it off as a blip with the Reds still three points behind leaders United in the race for the title.

Salah himself has maintained his terrific standards up until before Christmas, having scored an impressive 13 goals in 17 Premier League appearances.

His form since joining Liverpool has made him one of the world’s most sought-after forwards and has seen him linked with moves to Real Madrid and Barcelona.

Last month, Salah raised eyebrows when he gave an interview to Spanish newspaper AS, and refused to rule out the possibility of one day playing for Spain’s biggest two clubs. 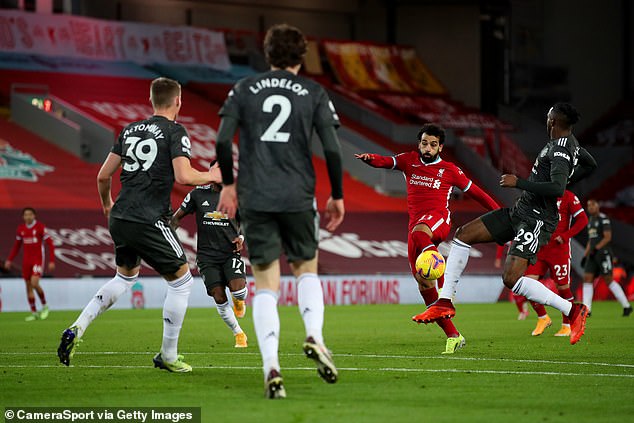 While Klopp emphatically ruled out the possibility of him leaving Liverpool, Salah moved once again to place the responsibility at the club’s door over a new contract.

‘If you ask me, I say I want to stay as long as I can, but as I’ve said before, it’s in the club’s hands,’ he told Norwegian TV channel TV2.

Liverpool broke their transfer record in 2017 to sign Salah from Roma for £36.9million. 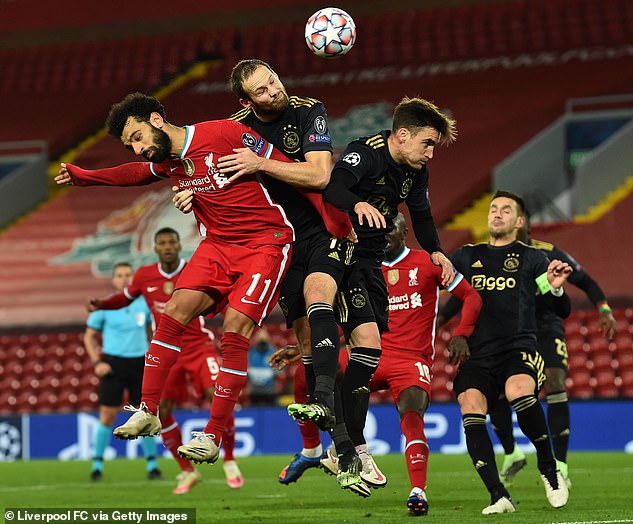 They rewarded his outstanding first year with a new deal — making him one of the club’s best-paid players — in July 2018.

That deal runs until June 2023 and, as things stand, Liverpool are being careful with their finances in light of the pandemic.

There are no immediate plans to offer contract renewals but when the time comes, Virgil van Dijk, Fabinho and Alisson will be considered, along with Salah.