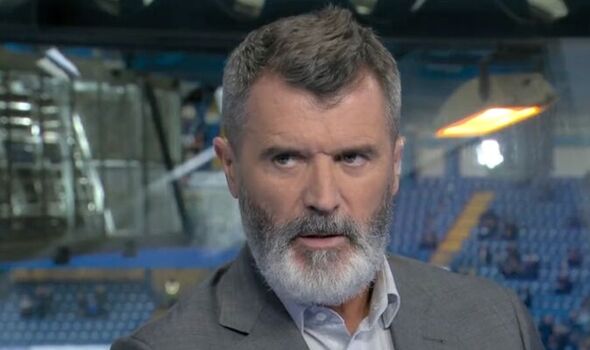 Roy Keane insisted that Cristiano Ronaldo would have converted the close-range chance that was missed by Marcus Rashford during the first half of Manchester United’s game against Chelsea on Saturday evening. The pre-match talk was dominated by the news of Ronaldo’s absence from the United squad after he was dropped by Erik ten Hag as a punishment for refusing to come on against Tottenham in midweek before storming out of Old Trafford before the full-time whistle.

The five-time Ballon d’Or winner may have wondered if he would have fared better than Rashford when the England ace was played through on goal as half-time approached before failing to beat Kepa Arrizabalaga with a close-range attempt on goal. Keane was adamant that Ronaldo would have buried the ball into the back of the net when quizzed on Rashford’s missed chance at half-time, with the former United skipper claiming in no uncertain terms that the 37-year-old would already be on the scoresheet if he had started the match.

“Ronaldo would have scored that,” said Keane in his role as a pundit on Sky Sports after asking: “Could he [Rashford] do better with the first touch? Could he try and go around the goalkeeper? We have to give the ‘keeper a little bit of credit, he’s out there quick, but Marcus will be thinking that it’s a big chance for any striker.”

The incident that saw Ronaldo refuse to play for United on Wednesday marked the second time in less than three months that he had left a game before the final whistle after previously doing so against Rayo Vallecano in a pre-season friendly. Ten Hag has been left particularly furious with Ronaldo’s latest show of disrespect, according to The Guardian, with the Dutch manager having insisted after the first occasion in July that a premature walkout must never happen again.

Ronaldo was also ordered to train with United’s under-21 side on Friday and was not included in the extended 20-man squad that travelled to London that evening. He was passionately defended by Keane prior to kick-off at Stamford Bridge, though, with the 51-year-old insisting that he could empathise with his former Red Devils team-mate’s anger at being reduced to a bit-part role.

“I try to see it from a player’s point of view,,” said Keane. “He’s obviously had enough and he’s lost his head. I think it’s been brewing now for the last few weeks but I will still try and defend him.

“He is a human being, he’s got flaws. He feels frustrated that he’s not been getting opportunities, he’s had enough and walked down the tunnel. I think players have done a lot worse things at Manchester United. It happens, it’s human nature.”