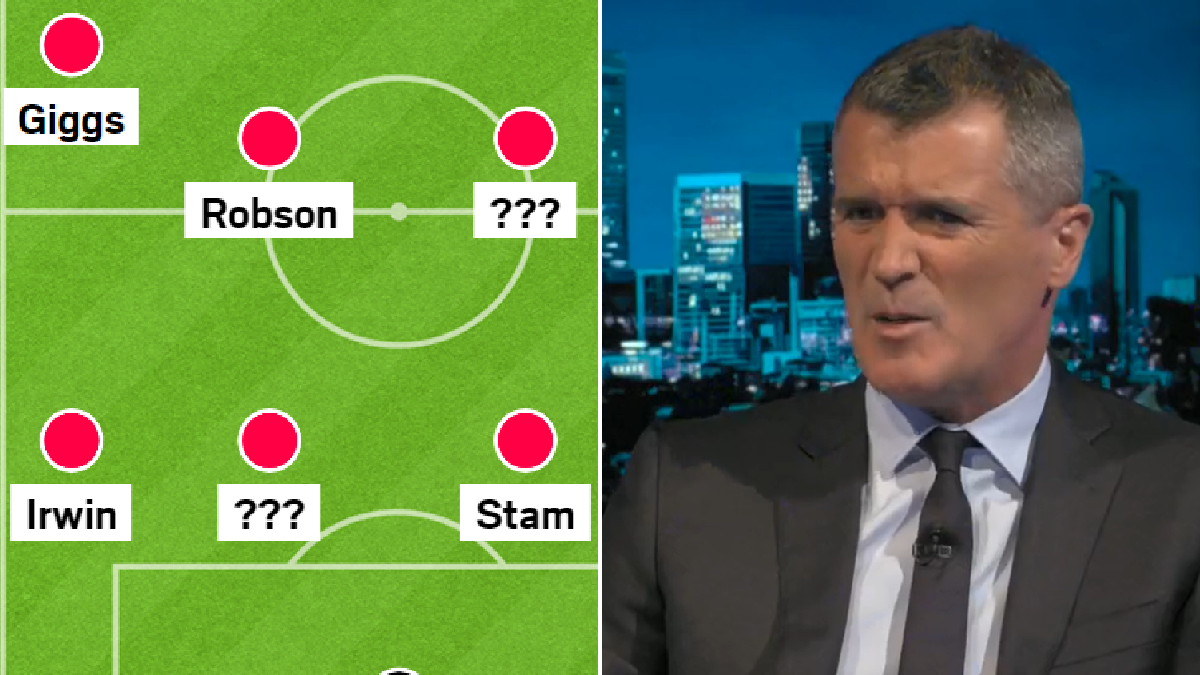 Roy Keane admitted he felt harsh for leaving two of Manchester United’s most decorated players of the modern era out of his greatest ever XI.

Keane, famously, didn’t see eye-to-eye with everyone he shared a dressing room with but still found room for one of his old sparring partners, Peter Schmeichel, who go the nod in goal over Edwin van der Sar and David de Gea.

Keane, asked to pick United’s greatest XI of the Premier League era, agonised over several decisions, most notably in central defence and the composition of his midfield engine room.

Treble-winning defender Jaap Stam was considered an automatic choice, but Keane raised eyebrows when he selected Gary Pallister over Rio Ferdinand, who many consider the best centre-half in Premier League history.

Explaining his decision to pick Pallister, who cost United a British record £2.3million back in 1989, Keane said: ‘The other one was an issue but I have gone with Gary Pallister. Brucey was a brilliant player but you have to leave someone out.

‘Rio was obviously a good athlete and read the game well but my relationship with Pally was pretty good as well.

‘Certain lads at United go out of their way to help you. He was obviously a very good player. Always looked exhausted but I would have him in there.’

Keane, modestly, chose to leave himself out of the side and in his place selected the man he effectively replaced at United in ‘Captain Marvel’ Bryan Robson.

‘I played against Robbo a few times at Forest. It was difficult because he was tenacious. The word I think of with Robbo is courageous, getting in the box but dead brave.’

Surprisingly, alongside Robson, Keane snubbed the credentials of Paul Scholes and opted instead for Paul Ince, who soured his relationship with United fans by joining Liverpool later in his career after ending a highly successful spell in Italy with Inter.

‘Incey was a very good player, maybe tarnished his United reputation with him playing for Liverpool or whatever.

‘There is a lot of talk about Incey being the Guv’nor and that was held against him but that was just banter. There was no nastiness with that. Incey was a really good team-mate and I thought he was a very good player.

‘It was tough leaving Scholesy out and Butty, brilliant players and brilliant characters. But I just thought Incey in that first season I was there, when we won the double, he was brilliant in midfield. He was a good team-mate to have next to you in the trenches.

‘He could head it, he could defend, he could get you a goal. And you know what, I enjoyed his company.’