Manchester United legend Roy Keane and Arsenal’s Invincibles captain Patrick Vieira have discussed in length the infamous tunnel clash at Highbury in 2005. Gary Neville has also had his say on the incident, claiming Vieira’s pre-match antics towards him led to Keane’s furious outburst.

A simple search of ‘Keane Vieira’ online will bring you to the clip in question.

Arsenal and United were coming towards the end of their fierce rivalry on the pitch but tempers had definitely not ceased off it.

Vieira, Keane and Neville were all together in the ITV studio on Wednesday night for Euro 2020 punditry duty.

Presenter Mark Pougatch did not miss an opportunity to bring up the events from 16 years ago.

And Vieira was first to have his say on how it all started. 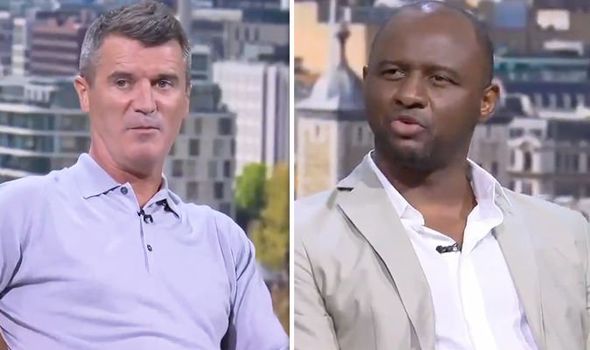 The Frenchman said: “I think it all started with Roy losing his temper. Before that, the hostility between the two clubs.

“As an Arsenal player, you always wanted to play against the best and at that time, United were the best team.

“That time I was getting really, really frustrated about the number of challenges and the aggressiveness he was giving to our players, our front players.

“As a captain, as a leader, I wanted to put him under pressure a little bit.” 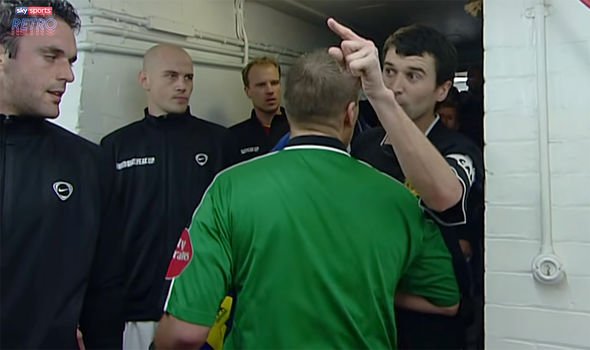 Neville explained how Vieira’s fury towards him started even before leaving the pitch after the pre-match warm-ups.

Neville said: “So, before we got in the tunnel to go out for the game coming in from the warm-up, he (Vieira) is chasing me up the tunnel, screaming at me.

“So I go into the changing room and sit next to Denis Irwin and say, ‘Vieira is a bit annoyed’.

Keane initially did not want to get involved but ultimately stood up for Neville.

And he described Vieira as being a “typical Arsenal bully” at the time.

The former midfielder said: “To be honest, I was trying to mind my own business.

“I was focused on the game, quite calm, getting in the zone, Gary was a little bit upset, he seemed a bit worried.

“I think I said to Gary, ‘Just forget about it, we need to focus on the game’.

“And then, of course, Patrick wouldn’t let it go – typical Arsenal bully and then he started again in the tunnel just before the game started and that’s where I got a little bit irritated. 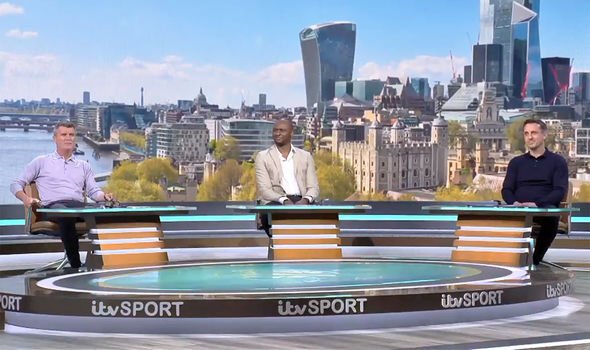 “Believe it or not, I forgot to put the armband on, so I went back to put it on and when I came down, I got to the end of it.”

Keane was filmed shouting at Vieira from one end of the narrow Highbury tunnel to the other, repeatedly saying: “I’ll see you out there”, while pointing to the pitch.

Referee Graham Poll tried to calm matters but Keane was having none of it, continuing: “I wasn’t going to listen to Graham Poll, was I? You don’t listen to a referee when you’re in the zone.

“Patrick knows what was happening. It looks worse than what it was.

“I’m trying to figure out where Gary was, I think Gary is still hiding in the toilets. Because the Arsenal tunnel was so tight, it was even more tense than usual.”

Neville said the police even got involved as Vieira chased him.

United won the game 4-2, with a young Cristiano Ronaldo netting twice, to enable Keane and Neville to have the last laugh.

Vieira then explained how much he enjoyed his battles with Keane in one of the golden eras of the Premier League.

“We with Roy, especially in the midfield, had some really tough battles,” he said.

“But it’s done with respect because we wanted to win that battle.

“If you want that type of midfield battle, you give a little bit more trust to your teams and players and you have more chance of winning the game.

“I loved every single game and that moment in the tunnel, it’s one of the reasons I really love the Premier League.”