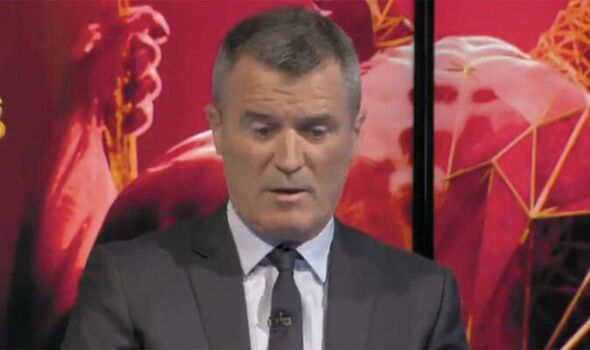 Manchester United icon Roy Keane has blasted the club’s season as ‘disastrous’ and is worried for incoming head coach Erik ten Hag due to the Red Devils’ broken dressing room. In his latest attack on his former side, which came before their victory over Brentford on Monday night, Keane has bemoaned the gap between United and their rivals as the Old Trafford outfit faces registering its lowest Premier League points tally.

United need to win all three of their remaining top-flight fixtures to reach 64 points. That would take them level with 2013/14, the season after Sir Alex Ferguson’s retirement and their lowest for points since the Premier League’s formation in 1992.

But Keane thinks there are far more problems at United. Several players are expected to leave when Ten Hag gets his hands on the playing squad, while the former midfielder believes handing Ralf Rangick the job on an interim basis was “never going to work”.

Summarising the club’s campaign, the Sky Sports pundit slammed: “Disappointment. It’s been a disastrous season on a number of fronts. Off-the-field, obviously, change of manager, bringing a manager in and giving him a caretaker role that was never going to work.

“They’re too easy to play against, not won enough games. A lot of players leaving the club and a lot of players wanting to leave the club. It’s been a long old season for them and they’ll be glad to see the back of it.”

The 20-times English champions have suffered heavy defeats by Manchester City and Liverpool. Ahead of their clash with Brentford on Tuesday, United were 28 and 27 points behind their two rivals, respectively.

Ten Hag will join United in the summer when Rangnick steps into a consultancy role within the Old Trafford hierarchy. Keane believes the ‘biggest worry’ is how the players react to this season, with United now so far off the top-flights big-hitters.

The Irishman continued: “We know it’s a long way back, but of course, there is a way back. It’s the points total that worries me, to be so far behind. It’s such a gap. Big problem for Man United, whatever issues they’ve got, then you look at Man City and Liverpool.

“The last few years haven’t been good enough. The biggest worrying thing for me is the reaction. Not enough characters in that dressing room.

“If you haven’t got a decent dressing room, you’re in trouble anywhere. I go back, decent personalities, characters. It’s a bad reflection of senior players at the club. [If you have] a bad dressing room, forget about it, you’ve got no chance.”