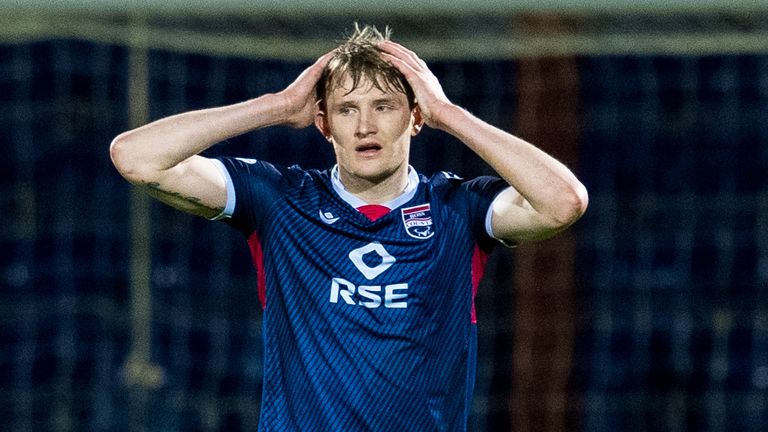 Inverness became the first team to put their name in the hat for the fourth round of the Scottish Cup after coming from behind to beat Highland rivals Ross County 3-1.

Billy Mckay opened the scoring for John Hughes’ hosts in the 38th minute, only for Nikolay Todorov to square things up again two minutes later.

Daniel MacKay put the visitors ahead with a wonderful solo counter-attack in the 54th minute, before Shane Sutherland rounded off the result with a late goal to seal Inverness’ progress.

Both teams struggled to find a way through to goal in the opening exchanges, with MacKay’s effort that was ruled out for offside essentially summarising the first 30 minutes.

Perhaps, then, it was no surprise that the opening goal would eventually come from a set-piece. Ross County won a corner, which was aimed at the near post by Stephen Kelly for Oli Shaw to flick into the middle.

Mckay was there waiting to thump the ball into the net from close range, scoring against his former side to put County ahead in the 38th minute. 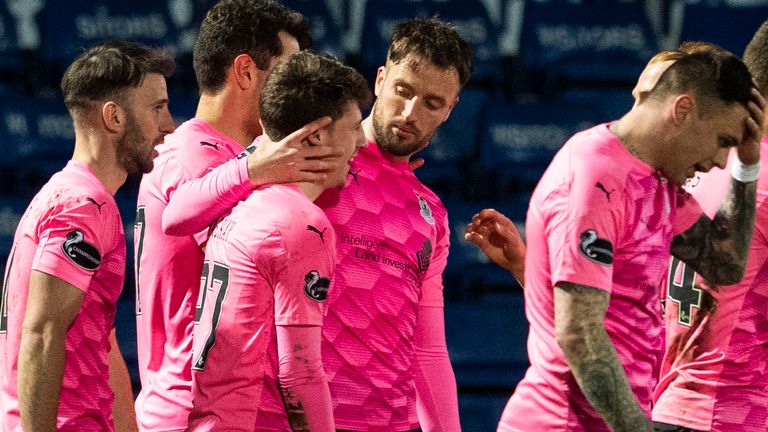 The lead did not last long, though, as Caley Thistle equalised two minutes later from a dead ball situation of their own.

Sean Welsh’s deep free-kick was nodded down across the area for Todorov to run on to and smack the ball into the far corner to draw Inverness level.

Keeping with tradition, the third goal also came from a Staggies corner – only this time it was Caley Thistle who claimed the advantage.

David Carson managed to clear Kelly’s ball into MacKay’s path, and though the teenager had plenty of work to do from the left wing, he charged towards goal.

MacKay squeezed himself between Leo Hjelde and Charlie Lakin to find himself one-on-one with Ross Laidlaw, and he coolly found the net to put Inverness in front for the first time.

Ross County would have been hoping for some late drama to keep their cup dream alive, but instead it was Inverness who added to their lead as substitute Shane Sutherland wrapped up the result just minutes before the full-time whistle.