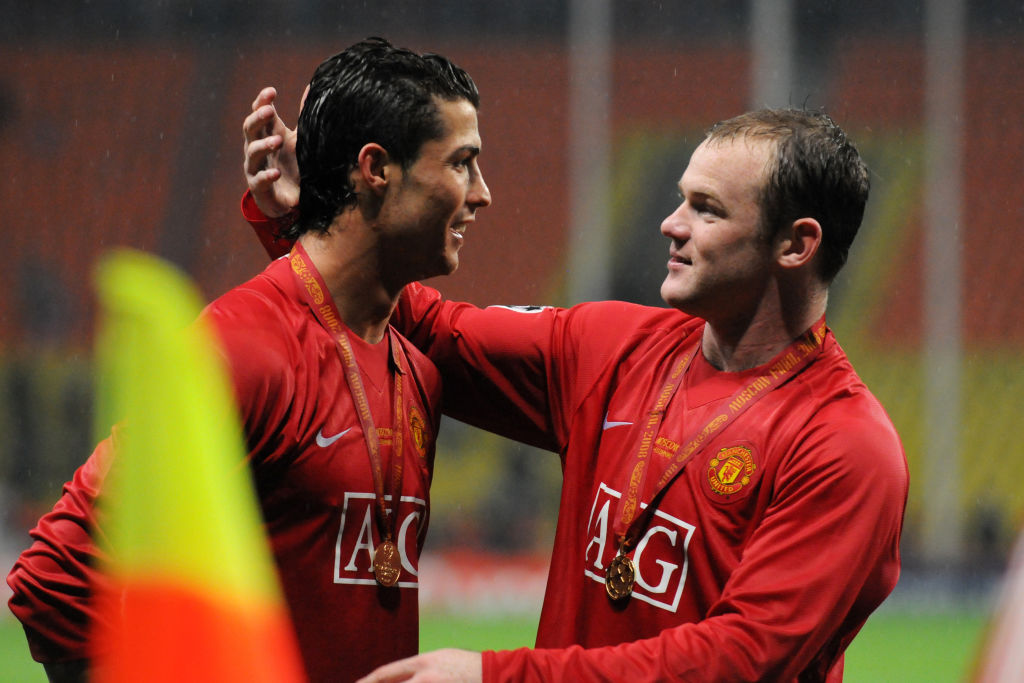 Wayne Rooney has fired a warning to the array of stars in Manchester United’s squad, telling them that Cristiano Ronaldo’s arrival at Old Trafford will mean they face working ‘a little harder’.

Ronaldo’s sensational return to the club was confirmed a couple of weeks ago, and he is due to make his second debut for the Red Devils on Saturday against Newcastle United at Old Trafford.

Re-signing the 36-year-old is an incredible coup for Ole Gunnar Solskjaer and will surely boost United’s chances of challenging for the Premier League title and winning other competitions, but Rooney has warned that the Portuguese does come with some strings attached.

While Ronaldo guarantees goals wherever he goes, he will not be tracking back or even doing much pressing and his presence in the team means his teammates will have to do more running than they have been used to.

‘With Cristiano it’s different. The likes of Cristiano and Lionel Messi – probably only those two really – they only play in one half of the pitch,’ said Rooney, via The Athletic.

‘It’s not box-to-box or high energy defending that uses your energy when you have the ball in one half of the pitch. It’s all about scoring goals.

‘I’ve said before, the rest of his teammates will have to work a little harder.

‘But if it’s anything like the last time – towards the last two years of playing with him – the team allowed him to do that because he scores you goals and wins you games.’

Ronaldo is hoping to start against Newcastle at 3pm on Saturday, insisting he is fit and ready to go and pushing Solskjaer to be a part of the starting XI.

‘Of course I will be nervous on Saturday, but I am more mature, I am more experienced,’ he told the Manchester United app.

‘I will be prepared [for Saturday] and I am going to make pressure to Ole now to start [me] in the XI. I am ready to go!’