Cristiano Ronaldo is no stranger to a few boos coming his way, given how he has struck fear into teams all around Europe but to get booed by a section of his own fans at Old Trafford must have been a novelty.

When his name was read out before kick-off, the majority of the crowd inside cheered for their number seven but it was evident that his actions last week had upset factions of the Old Trafford support. As the old saying goes, no player is bigger than the club.

Ronaldo had a wry smile when the teams came out as if he was a kid who had just been let off the naughty step. 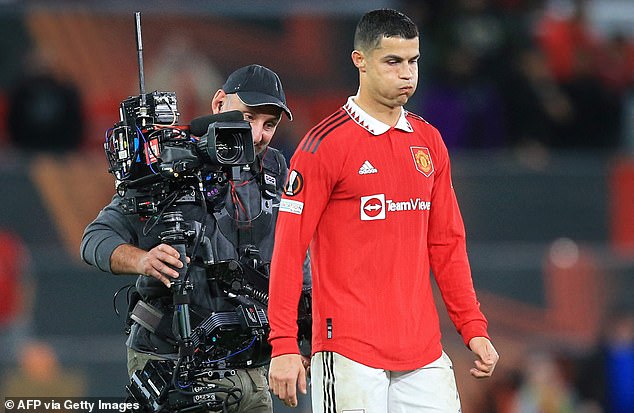 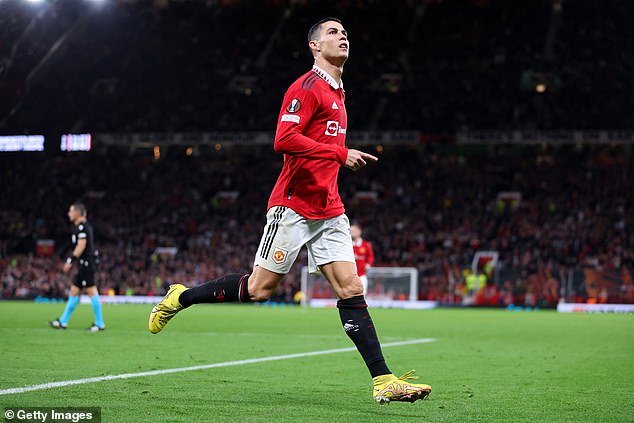 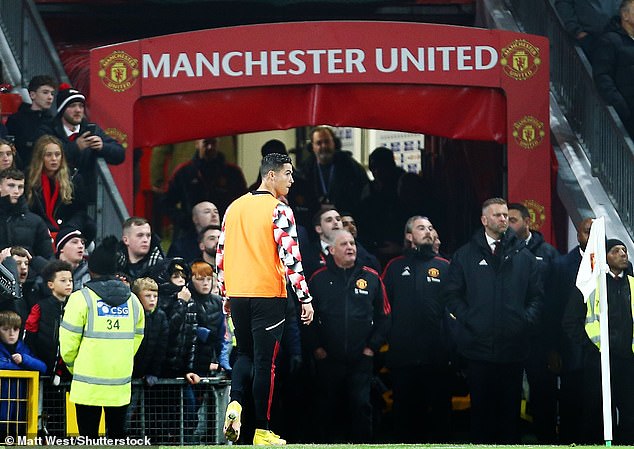 Erik ten Hag had said before the match that he had to convince him on the pitch and the Portuguese international looked energetic early on.

And 18-year-old Alejandro Garnacho’s cross nearly found Ronaldo waiting to pounce inside the box and from the resulting corner, Ronaldo headed over but those were strong initial signs.

Admittedly this wasn’t the kind of the game that could seriously test Ronaldo’s defensive offering with United enjoying more than 70 per cent of the possession. 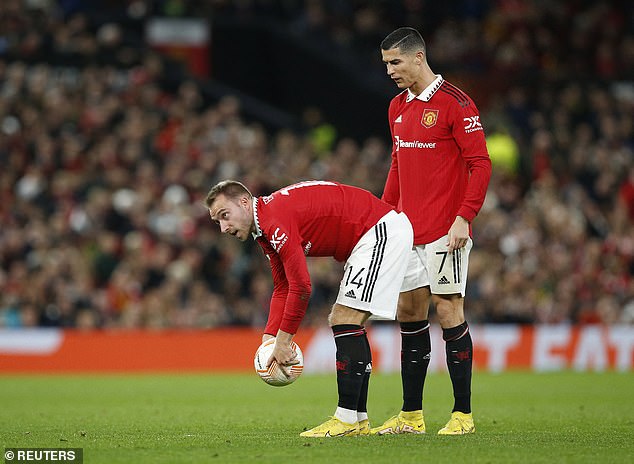 But the chance to back up his talk on social media came in the 28th minute and Ronaldo should have scored.

Bruno Fernandes put it on a plate for Ronaldo in the six-yard box however his right-footed stab was tame and stopped by Sheriff’s keeper Maxym Koval. Ronaldo may have had a smile on his face but it was the kind of chance you would expect any forward to put away nine times out of ten.

What was most striking was Ronaldo’s general attitude and his clear attempt at being on his best behaviour.

When Christian Eriksen won a free-kick shortly after half time, it was most unlike Ronaldo to step aside despite the shouts of ‘Siuuu’ from the crowd but as the game progressed, his frustration grew. 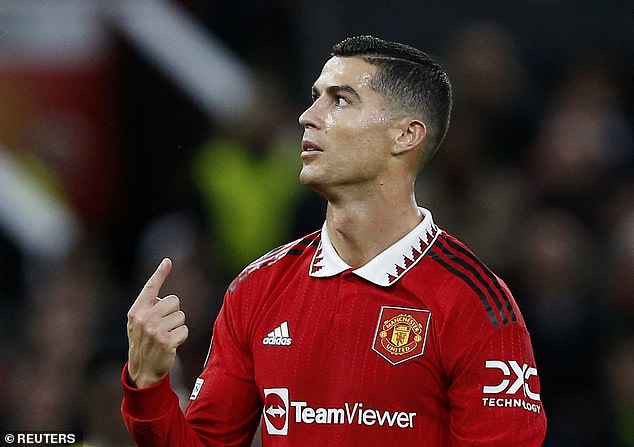 Another chance went begging just before the hour mark as Ronaldo cut in onto his right and blazed over and wide from inside the box.

The Stretford End applauded and sang ‘Viva Ronaldo’ but they would have expected the net to bulge and Ronaldo stood with his hands on his hips.

By now, he was aching for a goal and a couple of minutes later he was exasperated when he found the back of the net with a volley, only for it to be ruled out for offside.

Frustration was an understatement to sum up Ronaldo’s mood when his free-kick was blocked in the 80th minute and it seemed as if that goal would never come.

But that relief finally came with his first Old Trafford goal of the season when his header was saved – but Ronaldo smashed home the rebound.