Ronald Koeman fumed at a fourth official’s decision to dismiss him during Barcelona’s shock 2-1 defeat to Granada as the Dutchman lamented his side’s inefficiency at both ends of the pitch.

The Catalonians blew the chance to go top of La Liga on Thursday after Lionel Messi’s first half opener was cancelled out by second half strikes from Darwin Machis and Jorge Molina at the Camp Nou.

The defeat deals a heavy blow to Koeman’s aspirations of winning the Spanish title on his debut campaign, and the Dutchman’s night got worse after he saw red for ‘disrespecting the fourth official’ in the aftermath of Machis’ 63rd minute equaliser. 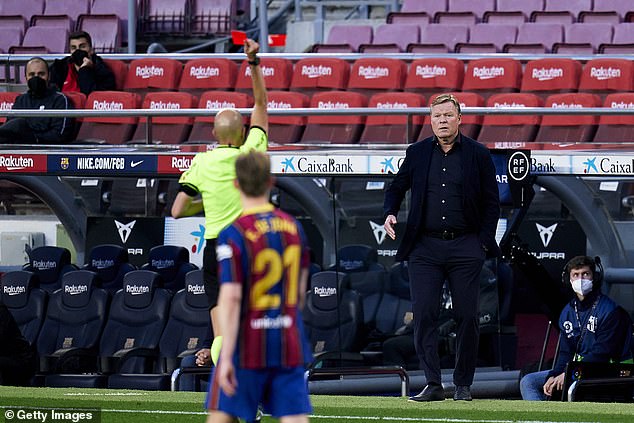 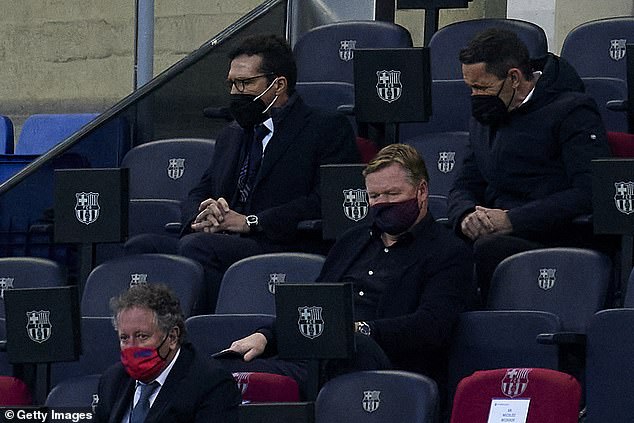 However, Koeman hit out at the decision to send him to the stands, in which he spent the remainder of the game giving instructions to the dugout by phone, insisting it was the fourth official who was rude to him.

‘I don’t understand why they sent me off,’ Koeman told Movistar. ‘They said it was for disrespecting the fourth official.

‘I’d like to know what I’m supposed to have said. He’s the one who is rude towards me. If they put something I haven’t said in the referee’s report then I’ll have to do something.’ 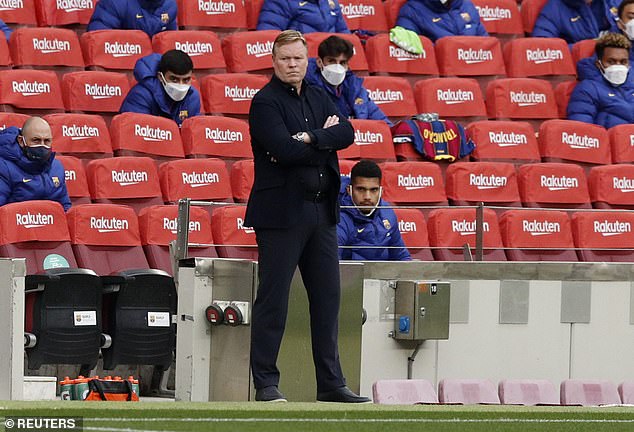 However, the Dutchman insists the official was ‘rude’ to him following Barca’s shock defeat 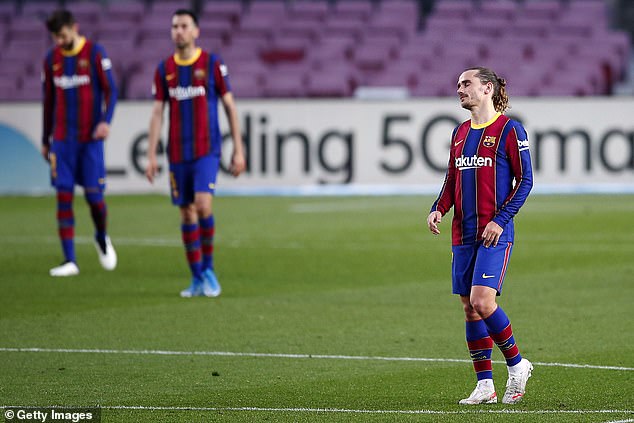 Koeman’s dismissal means he will be unable to sit on the bench for this weekend’s trip to former club Valencia as well as next week’s top of the table crunch clash with Atletico.

Barca’s second defeat in 23 games means they are no longer in charge of their own destiny in the title race.

‘We lost our focus in the second half and made errors at the back,’ Koeman added.

‘We need to accept the fact we’ve lost, that’s the reality of things. We had chances to win the game, but that’s that. We’ve got five more games to go and each of the sides (in the title race) will have difficulties moving forwards. 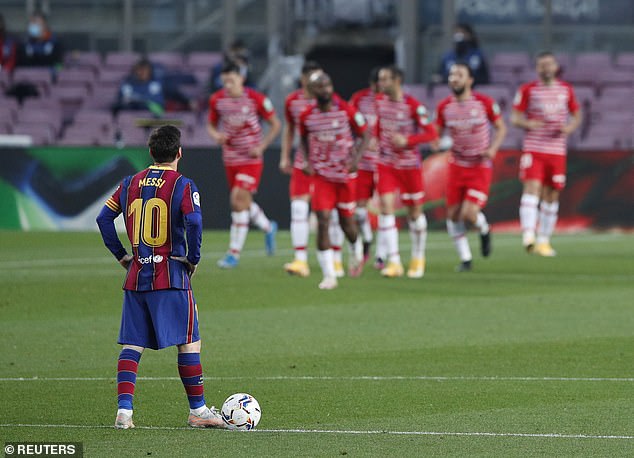 ‘We now need to prepare ourselves for Sunday’s game (away to Valencia). We’re still in the mix and have a chance. We need to accept this, move on and prepare for the next one.

‘We tried but weren’t able to make many chances when they scored their goals. They closed shop well and we couldn’t create.’

Granada registered two shots on target and enjoyed a mere 18 per cent share of possession as they held on for a famous win in Barcelona.