Robert Lewandowski: All you need to know about Polish striker

Back in the summer, Barcelona boss Xavi identified Robert Lewandowski as a priority transfer target. Despite the Poland international entering the twilight years of his career, he was deemed worth the fuss as the Catalan giants finally agreed a £42.5million fee with Bayern Munich. Now, after a stirring hat-trick against Viktoria Plzen, the 34-year-old is starting to look like a bargain…

Barcelona were already well-stocked for forwards before Lewandowski’s arrival.

They’d only signed Memphis Depay a year ago, with the Netherlands international arriving as a replacement for Lionel Messi on a free transfer after dazzling for Lyon.

Then, in January, Barcelona further bolstered their attack by bringing in Ferran Torres and Pierre-Emerick Aubameyang from Manchester City and Arsenal respectively.

Depay, Torres and Aubameyang all did well for the Catalan titans after their respective arrivals. However, Xavi wanted more – while also recruiting Raphinha from Leeds.

It became clear at the start of the summer that Barcelona were eyeing Lewandowski, who scored a stunning 50 goals across all competitions for Bayern Munich last term. 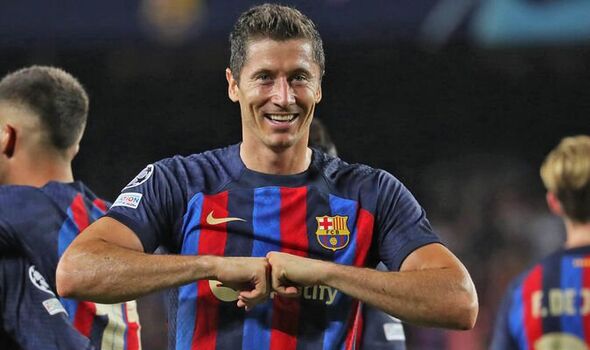 And though Bayern initially dug their heels in, adamant their talisman wouldn’t be allowed to depart, they ended up buckling once Barcelona stumped up the cash.

Spending £42.5m on a 34-year-old is a risk. Especially when you consider Barcelona’s financial situation, with the La Liga giants still looking to balance the books.

Yet Lewandowski has made a terrific start to his time at Barcelona, with the Poland international showing he’s still got unlimited talent as he approaches the twilight years of his career.

Things started slowly, with the veteran drawing a blank on his competitive debut in a 0-0 draw with Rayo Vallecano at the Nou Camp.

After that fixture, some sceptics immediately came out to condemn the former Borussia Dortmund striker – saying Barcelona had overpaid in order to acquire his services. 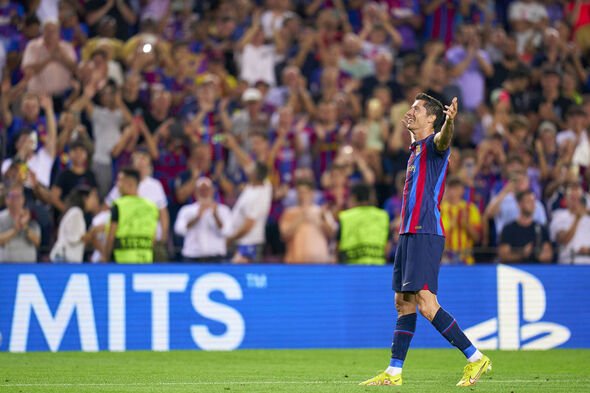 However, ever since, Lewandowski has bounced back to show why Barcelona were so right to pursue his signature and fight for his arrival.

After failing to get off the mark against Vallecano, he made amends by bagging a brace in a 4-1 rout of Real Sociedad.

That then paved the way for another brace in a 4-0 battering of Real Valladolid, while Lewandowski was also on target at the weekend as Barcelona cruised to a 3-0 win over Sevilla.

Then, on Wednesday night in the Champions League – a tournament Barcelona haven’t won since Luis Enrique ruled the roost in 2015 – he notched a first hat-trick of the campaign.

It was a stunning performance from Lewandowski, one that shows why Barcelona are real contenders to win the trophy they crave the most. 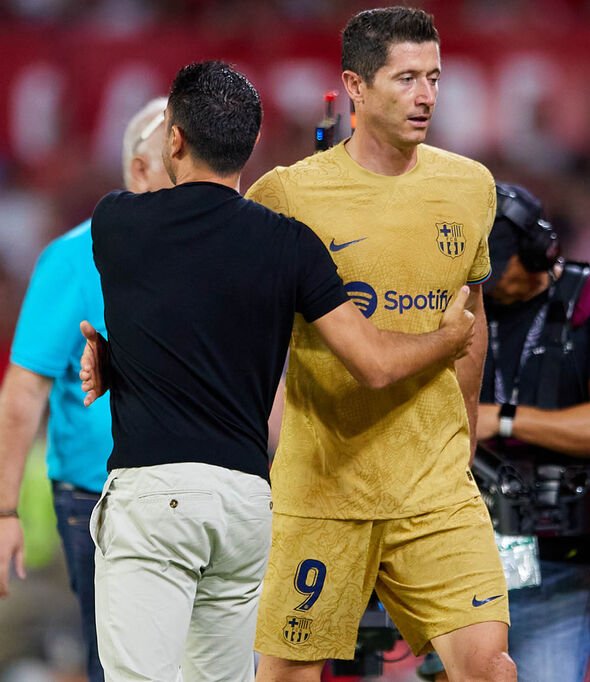 And it was also proof the 34-year-old has been worth the investment, reminding world football that he’ll be key as they go in search of the biggest prize available.

Barcelona have had superstars for years, ranging from Ronaldo to Ronaldinho, Lionel Messi to Neymar, Johan Cruyff to Cesar.

Right now, it seems like Lewandowski is on track to become another.

Barcelona have been guilty of splurging millions on duds in recent years. Philippe Coutinho and Antoine Griezmann, in particular, stand out for the wrong reasons.

Yet Lewandowski guarantees goals and looks like he’s going to score more and more by the time the season ends in May.

Speaking after Barcelona’s victory, meanwhile, Lewandowski looked ahead to the club’s Champions League match with Bayern Munich later in the month.

And he insisted he was ready to haunt his old side, saying: “I feel great. This competition is close to my heart.

“I’m very proud of our teammates. We controlled the match and this is a very important win for us.

“We know that we have to play well in the first half of the season, stay focused, and score more goals. We have to win every match.

“We are ready to face Bayern.”