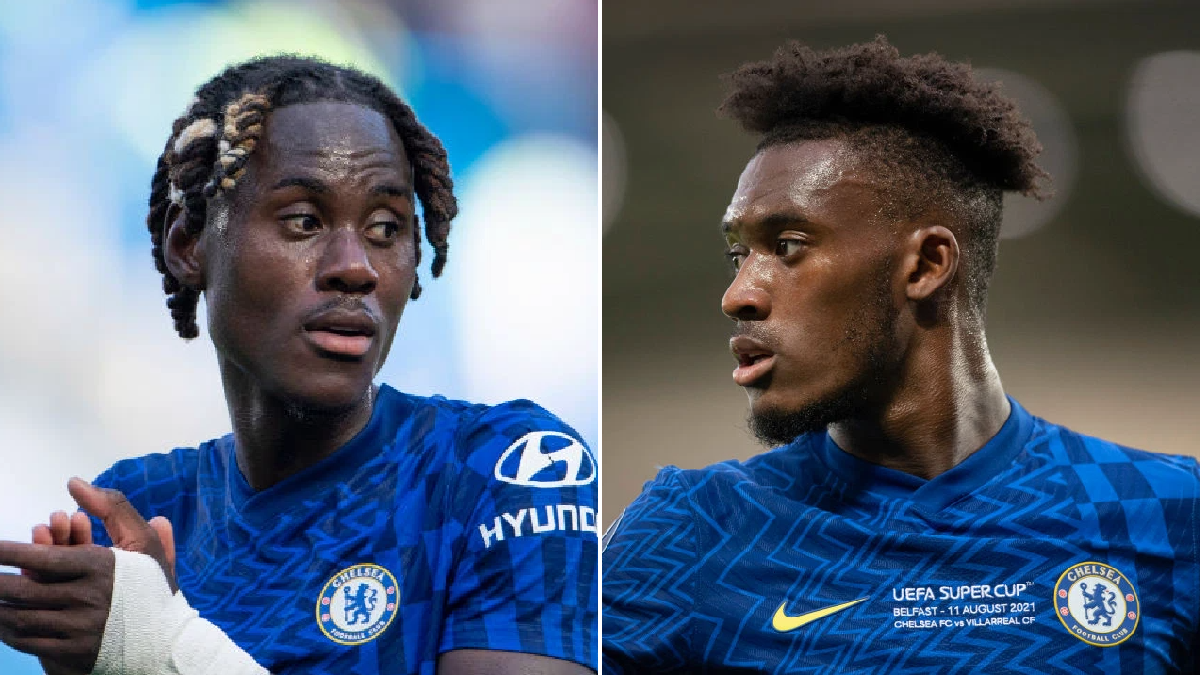 Rio Ferdinand has warned Callum Hudson-Odoi that this season could be his last chance to cement his place at Chelsea and revealed he was worried about Trevoh Chalobah prior to the transfer window closing.

The Blues have made an excellent start to the new season, only dropping points away to Liverpool when they were reduced to 10 men, while their two academy graduates both started in Saturday’s 3-0 win over Aston Villa.

Manager Thomas Tuchel blocked Hudson-Odoi from leaving Stamford Bridge during the summer window and fielded him at wing-back against Villa, though says he still needs to improve and ‘push himself to his limits’ to show he deserves to play regularly.

With the Chelsea boss offering no guarantees to the youngster, Hudson-Odoi still faces an uncertain future at the west London club and Ferdinand feels it could be a make-or-break season.

‘Hudson-Odoi has been promising and threatening for a couple of seasons now,’ said Ferdinand on his Vibe with FIVE YouTube show.

‘It’s got to be his breakthrough season where he really cements his place in that team if he’s going to have a chance of staying there and being a real Chelsea player for many years to come.

‘Because he’s got undoubted talent, but he hasn’t really translated the talent he showed as a kid in the youth teams and the teams coming up.

‘He had that big buzz around him which he hasn’t transferred yet consistently into this Chelsea team so hopefully he can do that.’

Defender Chalobah appears to have made a far greater impression on Tuchel though Ferdinand was worried about the 22-year-old’s prospects when Chelsea were chasing Sevilla defender Jules Kounde.

That deal never materialised, while Kurt Zouma was sold to West Ham, and Ferdinand now feels the situation is ripe for Chalobah to properly establish himself.

He continued: ‘I was a bit worried for Chalobah, I’ve got to say.

‘I saw him play in the Super Cup and he was outstanding and I thought, “Yeah this is a good chance for him, this season could be a good one that he comes in and does well”.

‘Then I saw them bidding for Kounde… but then what was refreshing was that Zouma went. The fact they let Zouma go tells you they’ve got huge confidence in Chalobah and that he’s going to get game time this year.

‘If Kounde had signed I’d have been worried. But he’ll get good game time this year, a chance to show his worth and really try to improve and get in that team. And I look forward to seeing it.’