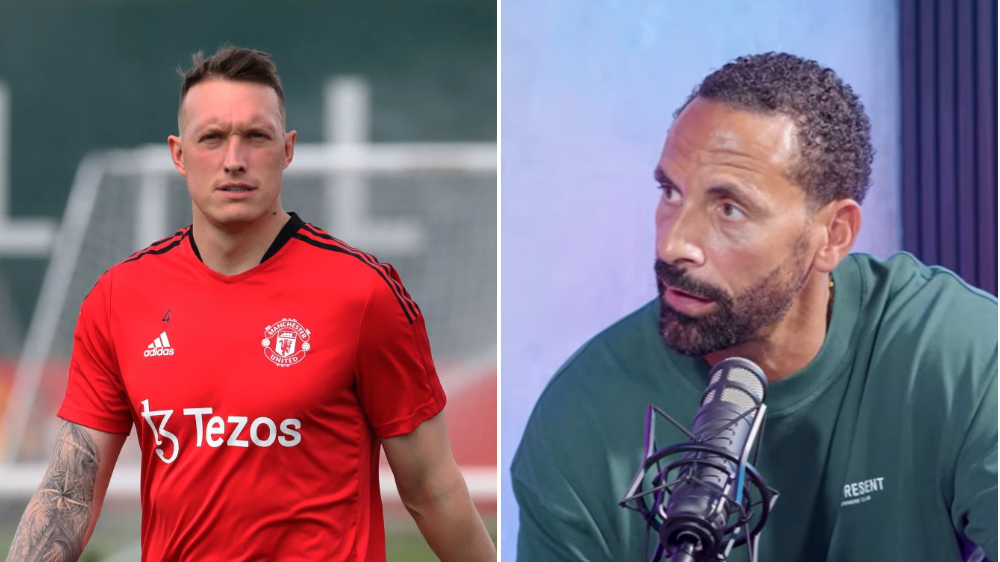 Rio Ferdinand ‘hopes’ Phil Jones gets the chance to leave Manchester United and revive his career elsewhere after reports claimed he had been kicked out of the first-team dressing room at Carrington.

Jones, 30, has made more than 200 appearances during his 11-year spell at Old Trafford, but has slipped down the pecking order in recent seasons.

He has started just two matches in the last two years and has been unavailable for selection since pre-season due to injury.

It was reported over the weekend that Jones had been asked to leave United’s training-ground dressing room to make space for Erik ten Hag’s new signings.

On Monday, the former England defender was left out of Manchester United’s Europa League squad as his fall from grace continue.

Ferdinand shared a dressing room with Jones and feels sorry for his former team-mate, who is now behind the likes of Raphael Varane, Lisandro Martinez, Harry Maguire, Victor Lindelof, Axel Tuanzebe and Teden Mengi in Ten Hag’s plans.

‘Listen, I’ve got to be honest, I hope it’s not true,’ Ferdinand told Vibe with Five when asked about Jones’ situation at Manchester United.

‘If it is true, that’s Erik ten Hag laying it out and saying: “You’re not a part of my plans, moving forward you’re surplus to requirements”.

‘But that’s the game man. If you’re not involved and you’re not part of the first-team going forward, why are you going to be taking up someone else’s space?

‘There might be a young player who Ten Hag wants to come in and gain some experience in the dressing room.

‘We have to wait and see but Phil Jones, if he’s still there but been demoted to the reserves, that’s a hard pill to swallow.

‘He’s suffered some really horrific injuries so I just hope he stays fit and at some point he’ll be able to go out and play somewhere.’