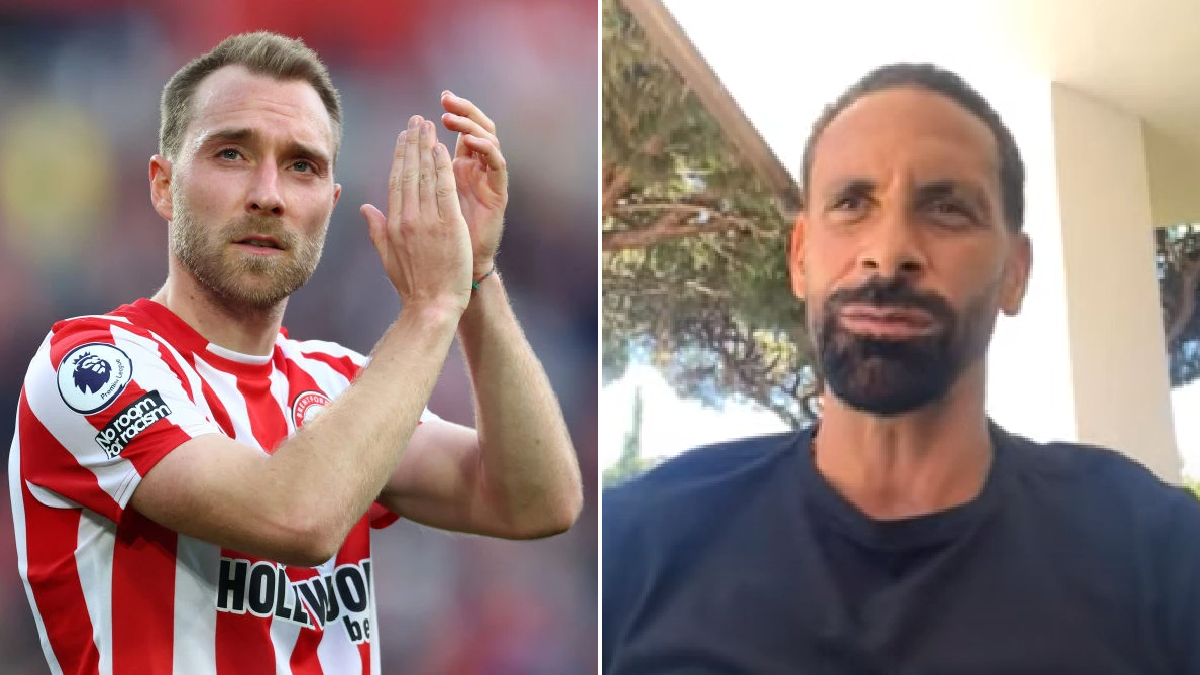 Rio Ferdinand does not believe Christian Eriksen will force his way into the Manchester United squad ahead of Bruno Fernandes.

Eriksen, who is currently a free agent, has verbally agreed to join United and is expected to sign a three-year contract at Old Trafford.

The Dane starred for Brentford after returning to English football in January, with Erik ten Hag eager to make the 30-year-old part of his midfield rebuild with Paul Pogba, Nemanja Matic, Juan Mata and Jesse Lingard all leaving the club this summer.

While Ferdinand believes the former Totttenham star will be a welcomed addition to the squad, he questions whether he will get in the team ahead of Bruno Fernandes, believing the two occupy the same role on the pitch.

‘I think Christian Eriksen is a squad player. He doesn’t come as a starter, I would be very surprised if he comes into Manchester United as a starter,’ Ferdinand told Five.

‘I think he’ll come in and play a particular role in and around it. The position he is likely to occupy will be similar to Bruno Fernandes and I don’t see him taking him out of the team.

‘Can you play both? Yes, but then have you got the person defensively behind them  to be able to mop things up and secure things behind them,? I question that.

‘So there is s lot of positives with him because I think he is a fantastic technician with fantastic ability but if he’s coming to be someone who fills in here and there, I can see that.

‘But Man United fans are anticipating big names coming in the door.’

United have already made Tyrell Malacia their first summer signing with ten Hag eager for the club to wrap up a deal for his former Ajax defender Lisandro Martinez.