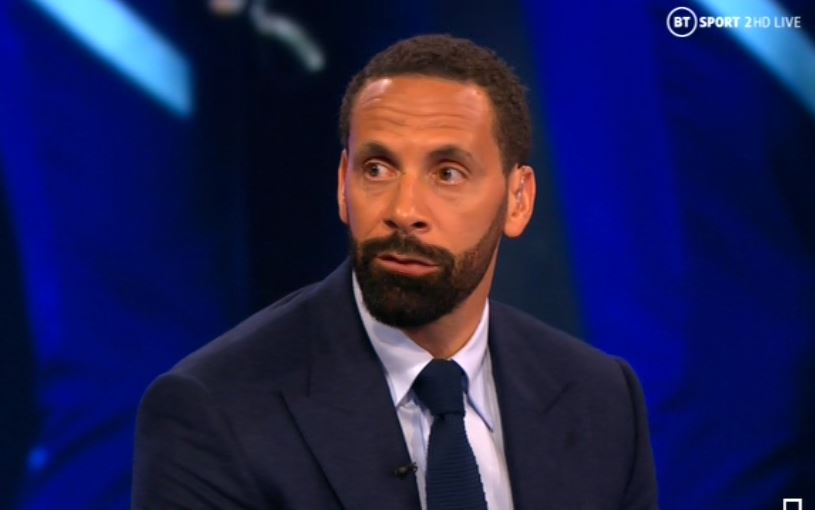 Thomas Tuchel’s side earned a 1-1 draw in the Spanish capital as Christian Pulisic’s superb individual effort was cancelled out by Karim Benzema’s close-range strike.

Timo Werner was selected to spearhead Chelsea’s attack against Madrid but the Germany international squandered an excellent chance to put his side ahead in the first half.

And speaking after the game, Ferdinand believes Abraham, who was left on the bench against Madrid, should be given more chances to lead Chelsea’s front line ahead of Werner.

‘It’s crazy, a young player… does he get the time that Timo Werner – a big signing – gets when they come in?’ Ferdinand told BT Sport.

‘And they’d not treated with as much care or understanding of their character, and with the cotton wool that a new signing gets.

‘I know it’s an investment but also you’re investing in a young player. A young player adds so much value to a team and they don’t ever get that time, that patience a new signing gets.

‘Tammy wouldn’t get the time that Timo gets.’

Former Liverpool and Real Madrid midfielder Steve McManaman also feels Werner showed another example as to why Chelsea cannot rely on him to be their reliable source of goals.

‘Everybody labels Timo Werner as not a natural finisher and yet again tongiht it’s been proven right to a certain extent,’ said McManaman.

‘You still feel he will not score enough goals. That first one today, it was a good save but he should’ve scored, he should’ve set Chelsea on their way to a victory tonight.

‘If you’re Tammy Abraham, or Giroud, you’re thinking, ‘what do I need to do to play tonight?’.

Ferdinand added: ‘He [Werner] scored at the weekend but he missed a sitter, and he missed another one tonight. If you’re Tammy you’re sitting there thinking I’ve got to play in the next game to put myself in the shop window to play in the second leg against Madrid.’