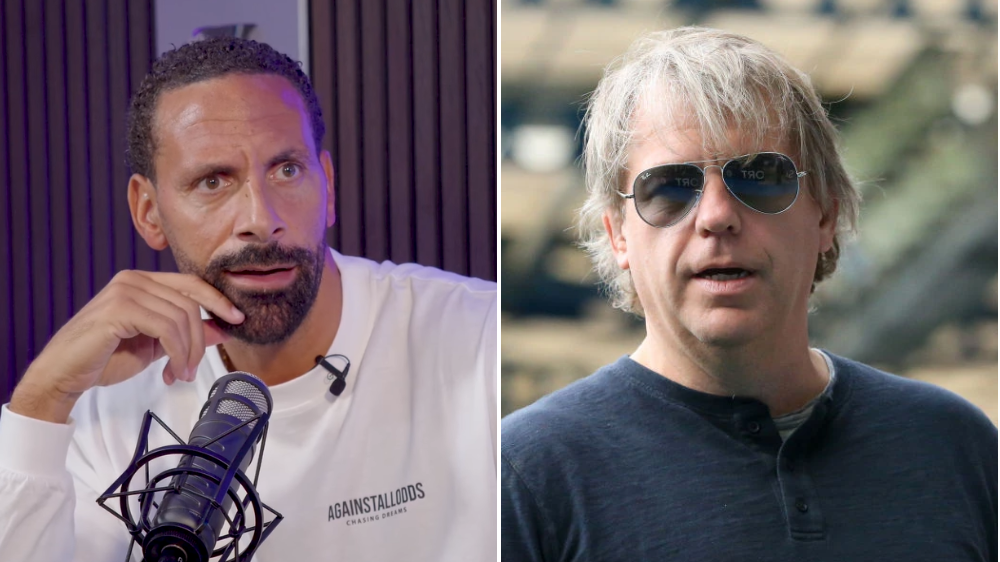 The Champions League-winning boss was surprisingly dismissed last week following the west London club’s 1-0 defeat to Dinamo Zagreb, though off-field issues and a breakdown in his relationship with Chelsea’s new owners are believed to have been the biggest contributing factors.

Now former Manchester United defender Ferdinand claims relations were strained due to Boehly’s meddling with the team, even suggesting that the American wanted to see Edouard Mendy dropped from the starting XI.

When it was put to him that Boehly’s decision to be so hands-on was a mistake, Ferdinand said on his Vibe with FIVE YouTube show: ‘Especially when there’s a lot of wild opinions and wild things being said behind the scenes, like with formations and with certain individual players that the new ownership want out of the team.

‘I think Mendy would be one of them in terms of kicking the ball and his distribution. And talking about tactics things – I don’t know if an owner should be talking about things like that. Your manager is there to deal with that, you let him manage it.’

There were claims that Boehly and co-owner Behdad Eghbali had drawn up a tactics plan for Tuchel which had a 4-4-3 formation – with an extra player on the pitch – and Ferdinand says he has heard the same claims.

Addressing the rumoured faux pas, he continued: ‘[It’s a good formation] if you can get away with one extra player on the pitch! They’re the kind of stories that I’m hearing as well, trying to influence even player selection.

‘And when you get to that point you can understand why a manager would have some pushback and go, “Woah woah woah, what’s going on here?”

‘I think Tuchel, the personality and character that he is, would have looked at that and gone, “Woah, I’m not accepting that!” Some other managers might have thought, “It’s new owners so I’ll do as they say and I’ll dance to their tune” but I don’t think Thomas Tuchel is that guy.’

He continued: ‘The old management team, from what I’m hearing, they were quite okay at the beginning with having conversations [with Boehly] and talking and dialogue and giving the information over.

‘But then it became a bit draining and then a couple of weeks before the sacking happened there was a clear, distinct change in the way that the new ownership approached them.

‘They weren’t as engaging, I don’t think there was any real contact, any dialogue, for a couple of weeks. So I think they knew the writing was on the wall behind the scenes.’

He added: ‘I think the big issue a lot of people behind the scenes at Chelsea have is: why let him have the money if you knew you were going to get rid of him?

‘It’s a clear lack of understanding of football. It has to be. This guy understands how to run American sports teams, but it’s very different how they transfer and recruit players, very different model.

‘So I think there’s been a lack of understanding in that area because I don’t know any businesses in any other industry – including football – that allow somebody at the helm to spend a quarter of a billion pounds and then say, “But you’re not going to run it for us” and get someone else in.’