Declan Rice admits he may not be able to comprehend how well his Euro 2020 tournament has gone until he hangs up his boots.

The West Ham midfielder has been a key part of the Three Lions side which has reached a semi-final against Denmark.

The last-four clash at Wembley on Wednesday follows on from the run to the semi-finals of the 2018 World Cup. 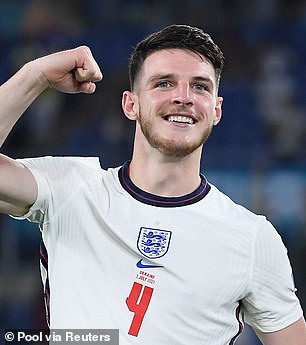 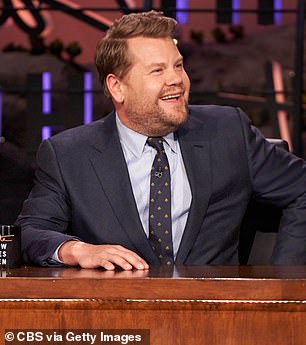 Rice was a fan three years ago, cheering on Gareth Southgate’s side with his friends, but now he is integral to an England side hoping to go one better this summer.

The 22-year-old revealed he has started talking to talk-show host and West Ham supporter James Corden during the finals and that the comedian made him realise he has not understood how big the tournament has been for England fans.

‘Since the Scotland game I speak to James Corden quite a bit, we FaceTime each other,’ he told the Official England Podcast.

‘He was with Mark Noble at the Germany game so I spoke to them after and they were buzzing.

‘There are people who don’t even like football or don’t sit down and watch it and now it is a ritual to lock in and watch the games in this tournament.

‘James Corden said to me, “do you actually understand what you are doing?” and I don’t really.

‘It has not hit me yet and even when the tournament has finished it probably won’t hit me until my career finishes. 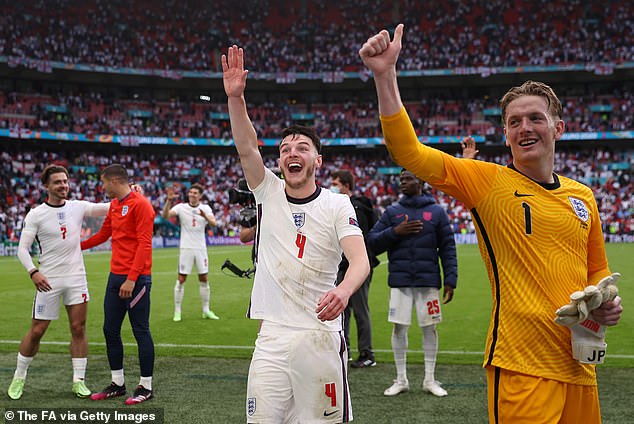 ‘We don’t want to get ahead of ourselves but we know what is ahead of us and hopefully we can achieve a massive dream.’

It is not just celebrities who have been getting in touch with Rice as he told how his phone was swamped with messages following the 2-0 win over Germany in the last-16 clash.

‘It is crazy,’ he said of the amount of well-wishes and congratulations.

‘After the Germany game I turned my phone on and my WhatsApp had 197 unread messages. It took me a good three or four days to reply to everyone.

‘I spoke to my mum afterwards, I said “I haven’t even read your message” and she told me she should be first!

‘Everyone’s phone has blown up, it is my first tournament but now I’m here it is crazy.’

The win over Germany was followed up with a routine 4-0 quarter-final victory over Ukraine in Rome on Saturday night.

Rice felt England went about their job professionally at the Stadio Olimpico and that it was nice to play a game away from Wembley for the first time in the tournament. 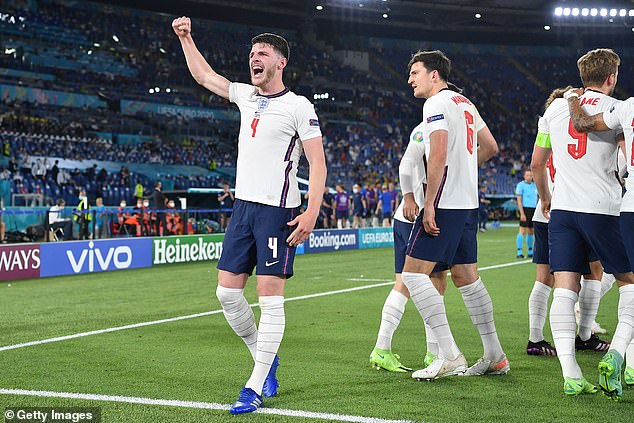 ‘It was an unbelievable night, the pressure was on us to go out and win because a lot of people expected us to beat Ukraine,’ he added.

‘So we had to go out there and put a performance in and I think the early goal from H (Harry Kane) really settled us.

‘The game just really opened up and it was pretty much an easy night, one we could take control of and really control the game, pass the ball and there were loads of positives.

‘It was different but it was really nice to break it up and get away for a little bit.

‘Obviously we have been in the UK for quite a while now so to get to Rome, lovely weather and an amazing stadium, to play their in a quarter-final is something ticked off.’