Republic of Ireland 0-1 Ukraine: Viktor Tsygankov strikes two minutes after coming off the bench to lift the visitors following their World Cup heartache and extend the hosts’ winless streak at home to a record 10 games

Viktor Tsygankov condemned the Republic of Ireland to another bout of Nations League misery as Ukraine bounced back from their World Cup heartache to win in Dublin.

The Dynamo Kyiv midfielder, who had been introduced as a half-time substitute, caught keeper Caoimhin Kelleher on his heels with a 48th-minute free-kick to claim a 1-0 victory at the Aviva Stadium and extend Ireland’s winless run in the competition to 12 games.

That Oleksandr Petrakov’s men prevailed despite making 10 changes to the team which started against Wales on Sunday said much about their strength in depth, but also highlighted again the lack of cutting edge and creativity available to opposite number Stephen Kenny, who saw defender Shane Duffy denied by the woodwork late on. 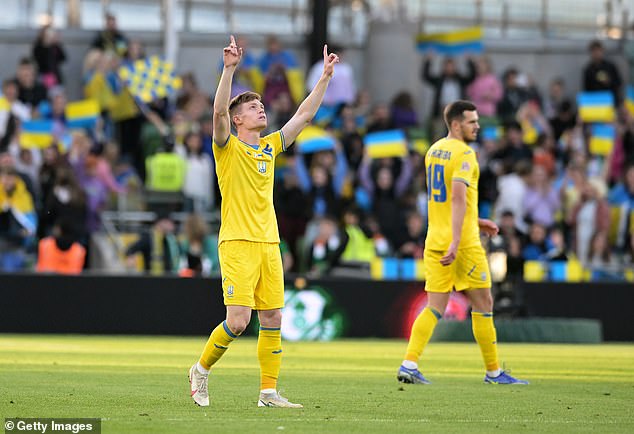 Even when they did find time and space, poor decision-making meant keeper Andriy Lunin barely had a save of note to make, and Kenny’s hopes of winning the League B group already look forlorn ahead of Scotland’s visit to Dublin on Saturday following back-to-back defeats by Armenia and Ukraine.

Petrakov had admitted in advance that the emotional and physical impact of the events in Cardiff combined with the ongoing Russian invasion back at home had taken its toll on his players, but even those with fresh legs found themselves up against it as the home side started strongly.

Jason Knight, preferred on the left side of a front three to Troy Parrott, drilled an early shot at Lunin and Chiedozie Ogbene saw his near-post cross cut out after he had intercepted the keeper’s attempted pass to Oleksandr Syrota as the hosts’ high press paid early dividends. 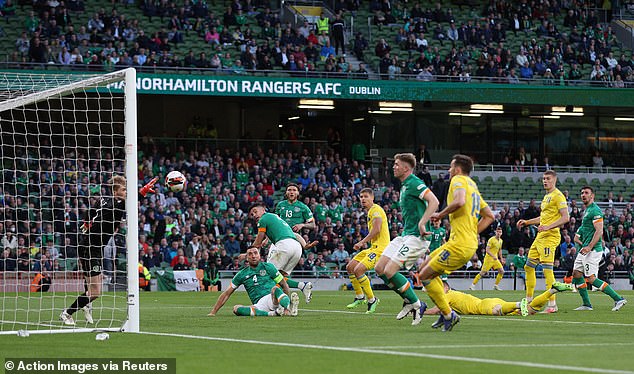 Lunin had to beat away Knight’s 10th-minute strike from distance with Ireland looking far more threatening than they had done at any stage in Yerevan on Saturday, although Mykhaylo Mudryk whistled a long-range effort high over Kelleher’s crossbar to serve warning of what might lie in store.

Vitaliy Mykolenko drilled a speculative attempt well wide as playmaker Mykola Shaparenko started to bring his influence to bear, and Mudryk might have done better after being played into space by Shaparenko, but stabbed the ball harmlessly across goal.

However, Ogbene was equally wasteful after escaping the attentions of Syrota, blasting an ambitious 21st-minute shot straight at defender Valeriy Bondar with Callum Robinson begging for a square ball in the middle. 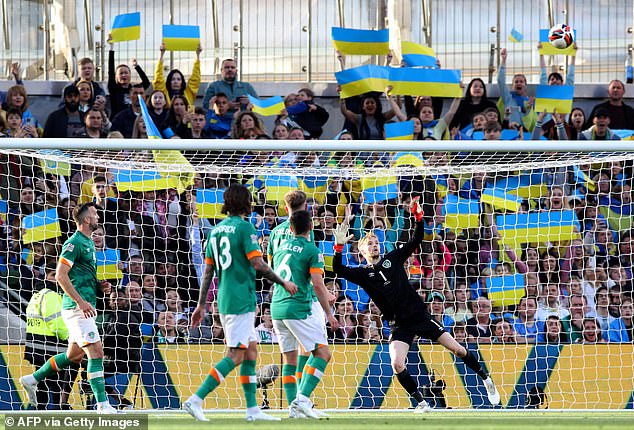 As the tempo settled, so too did Ukraine and Duffy had to throw himself into the path of Serhiy Sydorchuk’s drive before Kelleher dealt ably with Oleksandr Zubkov’s equally well-struck effort.

Robinson was appealing in vain for a 33rd-minute penalty after he had gone down under Bondar’s challenge in pursuit of Jeff Hendrick’s deft pass, but Ireland were spared with eight minutes of the half remaining when Taras Kacharaba’s sweet strike was ruled out for offside during the build-up following a VAR review.

Knight saw a snapshot blocked within seconds of the restart after Cyrus Christie and Ogbene had combined down the right, but Ireland fell behind when Tsygankov’s in-swinging free-kick eluded everyone in the middle and with Kelleher expecting a touch, flew inside his far post. 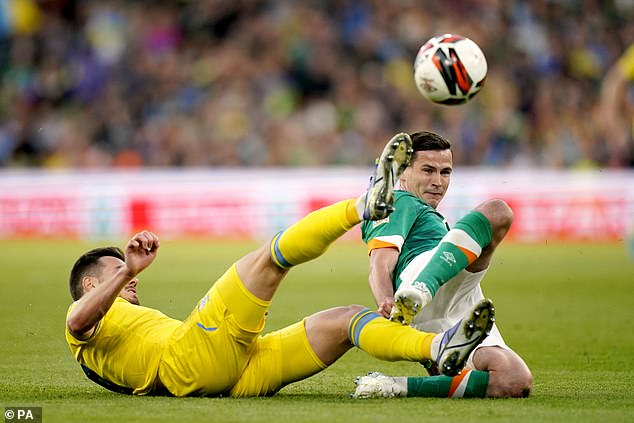 With Shaparenko conducting and striker Artem Dovbyk stretching the home defence, the visitors dominated an Ireland side which had once again run out of inspiration, although they were desperately unfortunate not to be level with 11 minutes remaining when Duffy crashed a header against the crossbar.

Substitute Michael Obafemi glanced wide and Josh Cullen thumped a long-range attempt just wide of the same upright with Lunin rooted to the spot in a rousing finish, but it was all too little, too late and Tysgankov saw a stoppage-time shot deflected on to the bar. 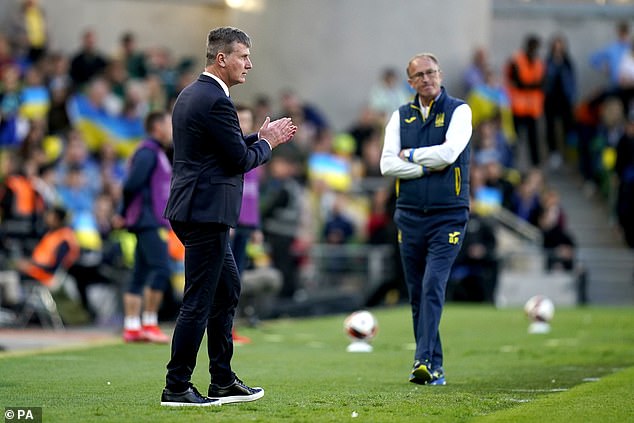