Christian Eriksen seemingly opting for a transfer to Manchester United over Tottenham Hotspur this summer understandably surprised many. But new information has come to light suggesting why the 30-year-old playmaker didn’t return to north London as a free agent.

Earlier this month, United confirmed the signing of Eriksen on a three-year contract after the expiry of his short-term deal at Brentford. He became Erik ten Hag’s second signing as manager after the £15million capture of Feyenoord left-back Tyrell Malacia.

Despite early links with Tottenham in the saga over where his future lay, it died down in the final weeks as United and Brentford emerged as his two primary options. And according to David Ornstein, that was with good reason amid Antonio Conte’s hectic first summer transfer window as head coach.

Appearing on The Athletic’s YouTube channel, Ornstein reported that Tottenham did make contact with Eriksen over a potential return. However, the Denmark international’s contract demands – financially and length-wise – didn’t align with the club’s vision, and they decided against stepping up their pursuit. 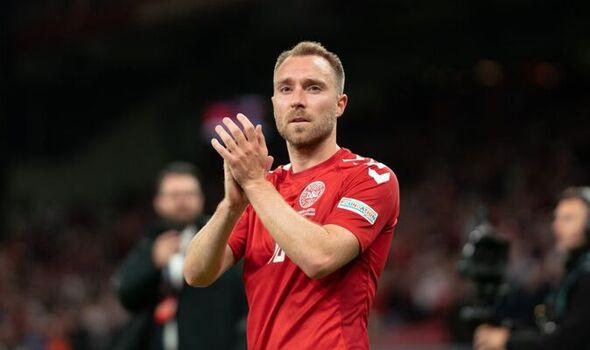 Although they were reluctant to reunite with Eriksen, Spurs have been far from quiet ahead of the 2022/23 season as they gear up for Conte’s first full campaign at the helm. After boosting his bid to return the club to the Champions League with Rodrigo Bentancur and Dejan Kulusevski in January, Daniel Levy and Fabio Paratici have continued to back the Italian this summer.

After early movement to secure Fraser Forster and Ivan Perisic on free transfers, Spurs completed a £30m deal for Yves Bissouma. Richarlison then joined in a blockbuster £60m move from Everton before Conte further bolstered his defence with Clement Lenglet on a season-long loan and, most recently, the £20m capture of Djed Spence.

Ten Hag viewed Eriksen as a crucial transfer target as he aims to revolutionise United’s lacklustre midfield on priority at the start of his Old Trafford rebuild. The Red Devils are also continuing their long-winded pursuit of Frenkie de Jong after agreeing a £72m transfer with Barcelona.

Eriksen will potentially join Malacia and Ten Hag’s latest recruit, Lisandro Martinez, at Carrington next week once United have returned from their pre-season tour of Thailand and Australia. The exciting Dane could debut in one of the club’s final friendlies against Atletico Madrid or Rayo Vallecano next weekend.