One was protective, taking it upon himself to insulate a young squad from the criticism that comes with underperforming for this modern, trophy-winning iteration of Chelsea Football Club. It was a duty of care he did not just adopt for their 12 league defeats, but some of their better results, too. For better and worse, this was a team too wet behind the ears to judge on results in isolation.

The second, which featured prominently as the season drew to its conclusion in real-time and into the restart, was less forgiving. As points were spurned to put Chelsea’s top-four finish in doubt and as Lampard watched a first-leg Champions League humbling to Bayern Munich at Stamford Bridge in March, the coach removed the kid gloves. Though the blows served publicly were more of disappointment than anger, it was a pronounced change of tact. One borne as much out of the manager’s own frustration at his plans picked apart as it was to a group not learning despite making the same mistakes again and again.

In the end, fourth was secured with relative ease, and Chelsea fans were more than satisfied at how the club had held their own with the disadvantage of a transfer ban for the window leading into the 2019/20 campaign in which they also lost Eden Hazard. Lampard, though, had conflicting emotions: impressed with how an inexperienced group faired, but maligning a naivety and lack of nous that saw third-place and an FA Cup final lost.

None of this – the tinge of disappointment, the falling away at the business end, the manager’s two-tone approach – should have come as a surprise. Lampard himself laid it out following Chelsea’s 4-0 opening day defeat away by Manchester United: “This is going to be a work in progress… to a degree.”

Ahead of 2020/21’s opener against Brighton, expectation has shifted. The squad now at Lampard’s disposal has lost its academy twinkle. Lost its innocence of youth. Perhaps even its sense of wonderment. Because, with £250million spent on the most lauded talents in Europe, this is a squad built for an outlandish assault on a first Premier League title since 2017, along with anything else worth winning.

To many, the business of bringing in Timo Werner, Kai Havertz and Hakim Ziyech blows last year’s inactivity into insignificance. And taken out in that same blast are mitigations of a lack of star quality and inexperience. Mitigations that, ultimately, gave Lampard an easier once-round on his first go in the Premier League.

The man himself would refute the above: that last season was easy for him or that he has benefitted from watered-down expectations. For as much as 2019/20 was billed as a “free-hit” due to the transfer restrictions, Lampard did not buy into that way of thinking.

Privately, there was a determination to show he was worthy of managing a club of Chelsea’s stature after just one season in charge of Derby County. 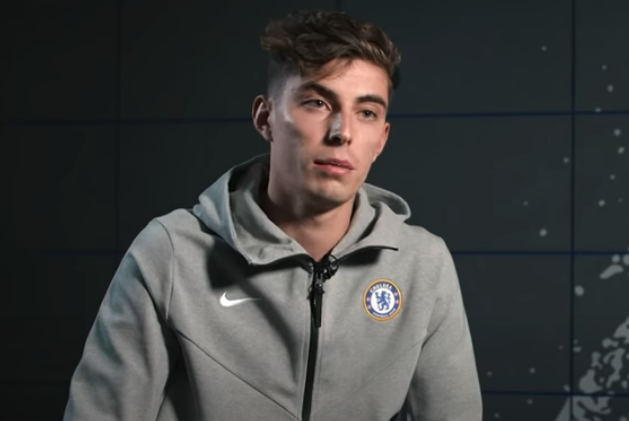 It is why he took umbrage at Raheem Sterling’s comments in June in which the Manchester City player used Lampard as an example of English football’s white privilege when it comes to managerial roles. “I certainly worked from the start of my career to try to get this opportunity, and there’s a million things along the way that knock you, set you back, that you fight against,” came Lampard’s response, missing the point somewhat.

Well, Frank, the real work starts now. Because now that players have been brought in and the squad has a year of experience in the banks, Chelsea’s fortunes will start and end with him.

You would imagine the former midfielder needs to secure a top-two finish – or at least be single digits away from top spot – to be able to label the coming season a success.

It will be on him to mould Werner, Havertz and Ziyech into a functioning system, not simply let them off the leash and watch them have at it. The frontlines of Liverpool and Manchester City are clear working examples of high-ceiling players in well-defined roles.

He will also need to do this without harming the development and belief of players like Mason Mount and Tammy Abraham, who profited most from Chelsea’s need to lean on their academy last season. Abraham, in particular, may be tough to keep happy, with 15 goals in 34 appearances last season, even if he is not a difficult personality.

Lampard’s appreciation for attacking play and geniality will serve him well in those matters. But it will take more than encouragement and an arm around the shoulder to improve a faulty backline. More than a 35-year old Thiago Silva and a left-back he trusts in Ben Chillwell. 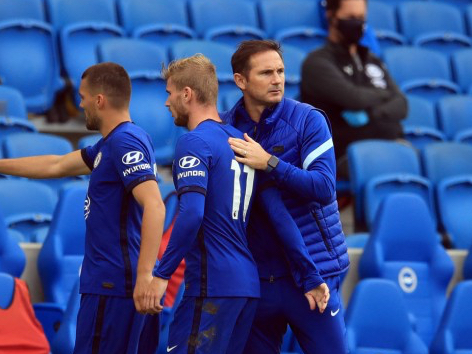 This is where his biggest challenge lies: turning around a defence that conceded 38 goals away from home, equalling the tally of Norwich City, who finished rock bottom. And having to do so using many of the same parts.

For that, Lampard will have to show us something different. That he has the depth to concoct a system that stands up to top-level scrutiny, the belief to implement it and the courage to stick by it. That he is not simply another manager using a successful playing career as a step-ladder to early over-promotion.

Objectively, realising your ethos and delivering upon it is the art of football management – your thoughts brought to life. It’s what Jurgen Klopp and Pep Guardiola have done, and something Lampard saw first-hand when he was a player at Chelsea under Jose Mourinho and Carlo Ancelotti.

No one across Europe has done business on Chelsea’s level this window. No one in England has the depth of squad to rival his. And everyone is waiting to see what Lampard is really made of.

Indeed, Monday night feels like the beginning of the rest of Lampard’s managerial career. Especially now that there are no excuses.