Everton are facing the prospect of losing Carlo Ancelotti as reports in Spain claim Real Madrid are set to re-appoint the Italian. Speculation has really intensified in the past 24 hours and now it’s claimed an announcement could confirming the move could even happen today.

The Toffees struck gold when convincing one of the game’s greatest active managers to take over at Goodison Park back in December 2019.

Ancelotti helped Everton get their season back on track but the club could only secure a 10th place finish in the Premier League this term, missing out on European football.

The former AC Milan boss won the Champions League during his time at the Bernabeu in 2014 before being relieved of his duties and heading to Bayern Munich.

Now he could be heading back to his old club in the Spanish capital upon the request of Florentino Perez.

BREAKING: Man Utd star Mason Greenwood pulls out of England squad ahead of Euros with injury 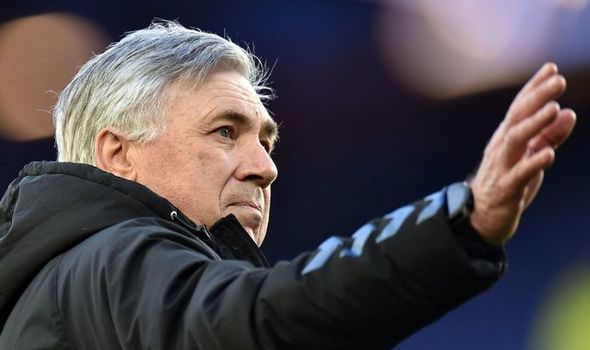 Ancelotti’s former assistant Zinedine Zidane stepped down as Real Madrid boss last week and now the club want to finalise his replacement as soon as possible.

Both Antonio Conte and Mauricio Pochettino have fallen under consideration but neither are expected to join the Spanish giants.

Instead, Spanish newspaper Marca now claim that Real Madrid are set to appoint Ancelotti and the move could be made official in the next few hours.

Ancelotti is still under contract with Everton until 2024 meaning a significant compensation fee would be required to secure his services.

Multiple reports have since confirmed that Real Madrid are now working on bringing Ancelotti back to the club.

Negotiations between the parties are now believed to be at an advanced stage.

Everton won’t be short of options should they lose their manager this summer.

The likes of Frank Lampard, Nuno Espirito Santo and Eddie Howe, who have recent Premier League experience, are all available. 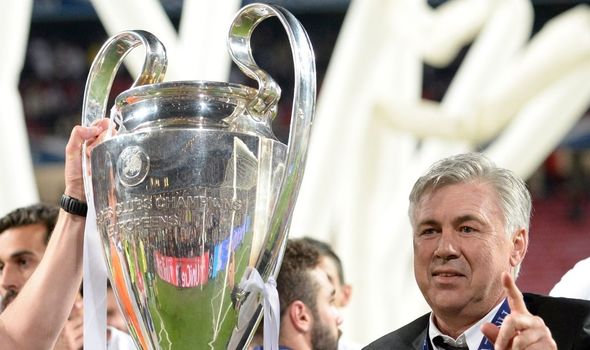 Former Toffees boss Roberto Martinez is also expected to return to club management after the European Championships with Belgium.

Ancelotti’s assistant manager Duncan Ferguson could also be in contention given that he took charge of Everton on an interim basis following the sacking of Marco Silva.