Real Madrid midfielder Toni Kroos has mocked the Premier League for its lack of international trophies despite the English top flight’s current financial superiority. The La Liga giants also claimed Champions League glory last season, beating Liverpool in the final, and will now open their defence of the trophy against Celtic in Glasgow.

The Madridistas enjoyed a hugely successful season last year claiming the La Liga and Champions League crowns. The achievement was made all the more impressive by their knockout run to the final in Europe’s top competition overcoming the four favourites for the title PSG, Chelsea, Manchester City and Liverpool often in dramatic circumstances.

Spanish clubs have lagged behind their Premier League rivals when it comes to revenue with England boasting the most financially lucrative TV deal in world football. This affects transfer spending with La Liga clubs spending around £450million during the summer while the expenditure of their English counterparts topped £2billion according to Transfermarkt, highlighting the vast disparity between the two leagues.

Now, Kroos has taken aim for the Premier League’s lack of success in Europe last season despite the division’s financial might. Madrid were joined by Bundesliga side Eintracht Frankfurt and Serie A’s Roma in claiming the three European titles while Premier League club’s failed to gain any.

MUST READ: Man Utd ‘didn’t tell James Garner he was on sale’ before Everton move 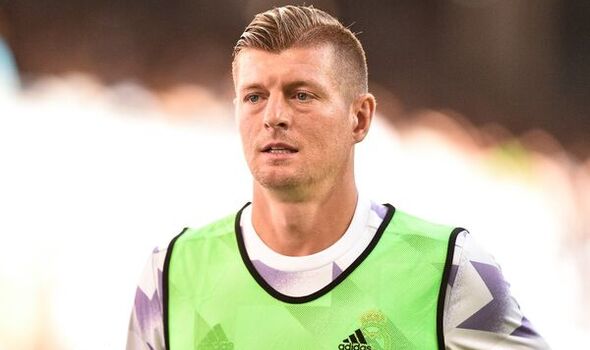 “They haven’t won an international title this year,” the German midfielder told the OMR podcast. “TV money has been significantly higher in England for years and yet it hasn’t resulted in English teams winning everything.”

He also made a veiled dig at former teammate Casemiro’s decision to leave the club for Manchester United, praising players who value trophies over salary.

“Thank God, not all players are looking only at the salary, but also at winning a lot of titles and growing more,” he explained.

The 32-year-old made interesting comments about the prospects of the Super League being revived. It was Kroos’ Real Madrid president Fiorentino Perez who was the driving force behind the original plans and believes the plans still could come into fruition, albeit once he has retired from football. 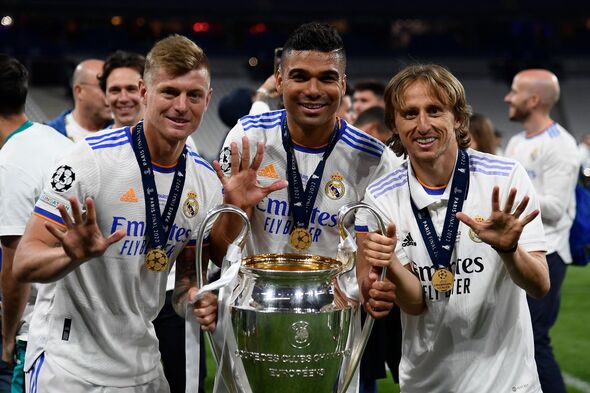 “Never contradict your own president,” Kroos joked. “Obviously the idea was there and still is. It should be up and running a long time ago, I think it’s going to take a while and I probably won’t see it as an active player.”

Real Madrid can expect a fierce atmosphere at Parkhead when they take to the field against the Scottish Premiership leaders tomorrow for the beginning of their defence of the trophy. It is the first time the Hoops have entered the Champions League group stage since 2017 and they will fancy their chances of getting out of the group alongside the current champions.