Just last season, Manchester City still had arguably as fine a finisher as English football has ever seen among their ranks on their way to their first Champions League final. A year later, Sergio Aguero was watching this semi from his man cave, watching wave after wave of attacks by his old teammates and describing Madrid’s defence as “a sieve”. “Water is getting everywhere,” he told his Twitch followers.

He was not the only one watching on who had a knack for metaphor. Our esteemed colleagues from Radio Marca, sitting on the back row of the Etihad’s press box, watched that first half hour of devastating City sallies and discombobulated Madrid defending with a combination of terror and grief. “Una defensa de mantequilla,” they lamented. A defence made of butter. Madrid, however, very rarely melt all the way down.

Often cast as the all-seeing, all-powerful, all-knowing emperors of this competition, in their modern form they are actually a lot more like Rasputin. There is a mysticism, a strange magic about them, which means that they simply will not die. If you want to kill them, you have to drive a stake through their heart. You have to empty the chamber and then your side-piece. You have to make sure there is absolutely no way back for a team that goes to their grave with a six-foot step ladder.

City scored four goals, the earliest coming after just 94 seconds, three minutes earlier than against Watford at the weekend. It’s hard to know which was better or a more complete representation of the exhilarating style that they have perfected during the past six years under Pep Guardiola. You left the Etihad with absolutely no doubt that at their best, they are better than Madrid. But then, as they have proved several times already just in these knockout stages, Madrid by no means need to be at their best.

City did not want to leave themselves with the sense of regret they experienced after the top-of-the-table clash against Liverpool at the very start of this epic month in east Manchester. Guardiola complained that, despite a sparkling performance against Jurgen Klopp’s side, they had “left them alive” by only drawing 1-1. This will go down in the record books as a 4-3 victory but it is a result that still gives Madrid every chance of reaching the Paris final, when really they could have been blown away. 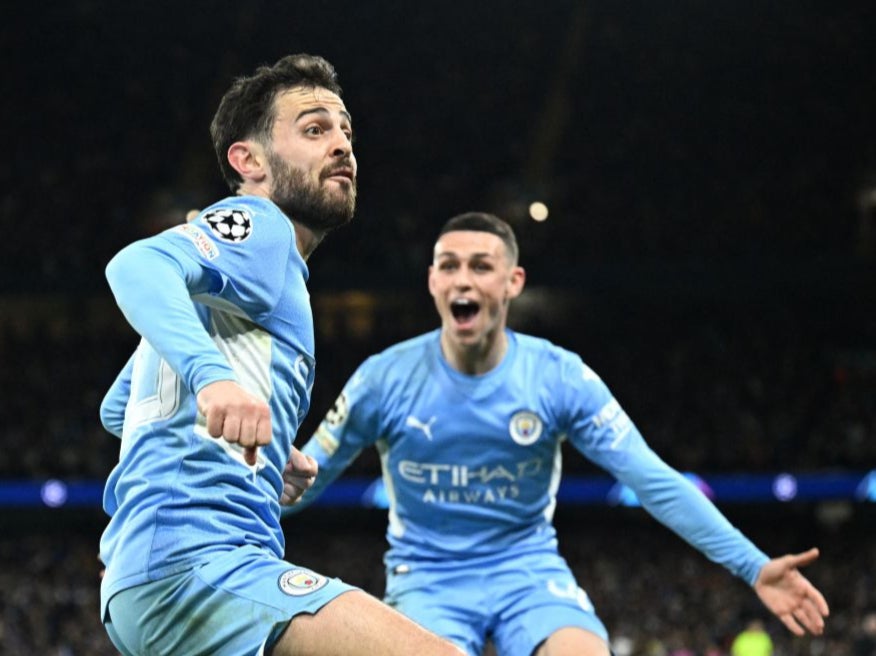 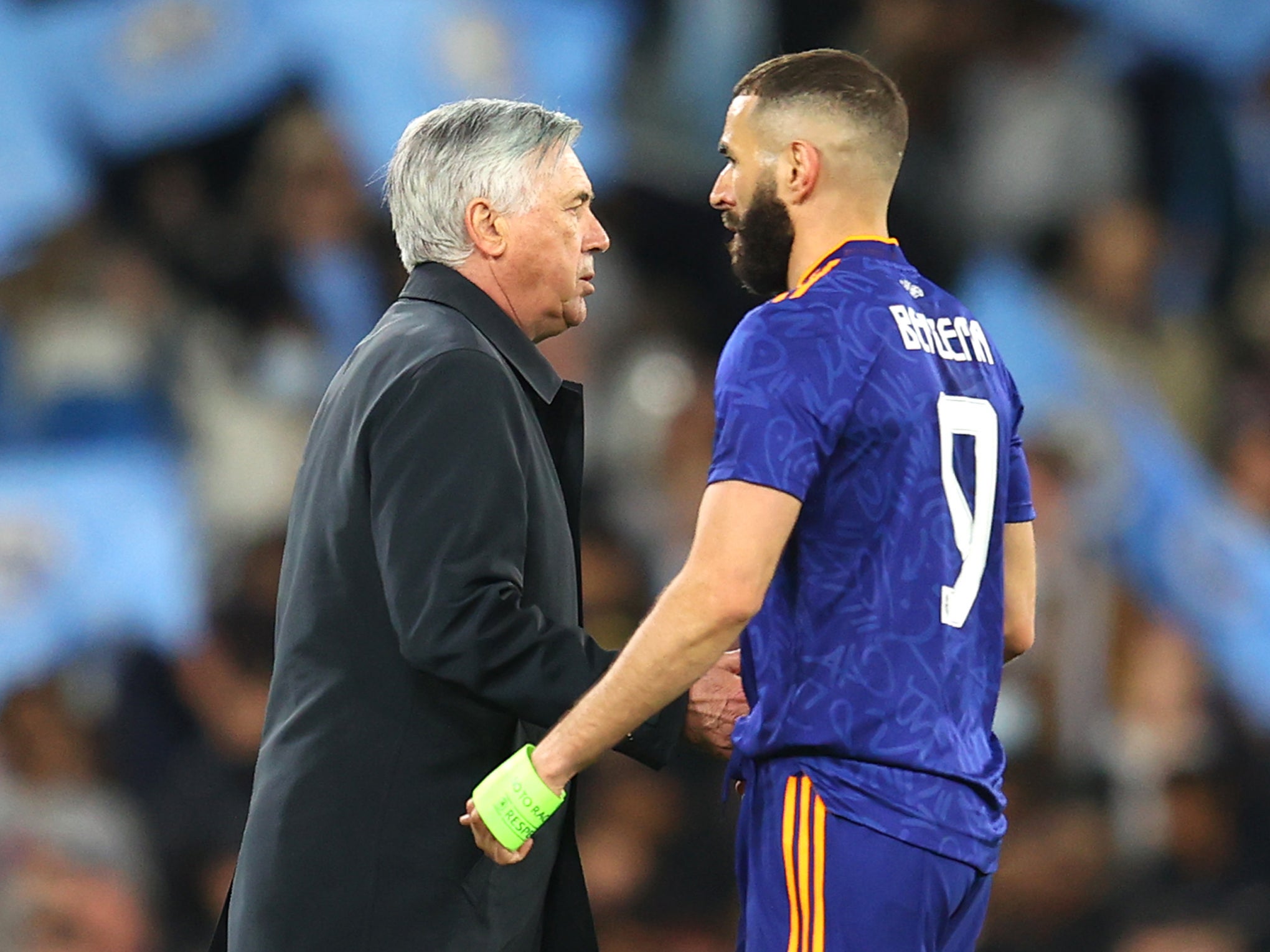 There are three reasons why they were not and the first, as usual, comes down to a questionable Guardiola gamble. As is now the norm, the build-up was filled with feeble attempts to second guess how he would overthink this one. True to form, he subverted everyone’s expectations, but by playing John Stones at right-back after all. Stones’ absence from training the previous day did not matter. The muscular problem he had nursed for a week was better. That, at least, is what Stones told Guardiola.

In fairness, Stones had said he was ready and looked it. Though chaperoned at times by Bernardo Silva, he did not appear out of place in that dominant first half hour. But moments after Karim Benzema’s first – a goal that originated down City’s right-hand side – he had to be replaced. City would have to play with a makeshift right-back after all. Fernandinho, who will turn 38-years-old on the day of next week’s second leg, would have to spend an hour marking the livewire Vinicius.

And while the City club captain set up Phil Foden for City’s third, that mismatch down City’s right was directly responsible for Madrid’s second. Vinicius’ half dummy, half nutmegged Fernandinho before his wondrous finish. The goal was not Fernandinho’s fault nor Guardiola’s, more a result of a short and sharp raft of injury and suspensions in a specific position, but City have elected to run this season with a small squad short on versatile players, and these are the consequences.

But equally responsible was City’s profligacy in front of goal. Like against Liverpool, they left their rivals alive through the sheer volume of opportunities spurned. Some of those misses were down to misfortune and can be excused. Others were pure misjudgements. Guardiola was a picture of fury when, at 2-0, Riyad Mahrez elected to shoot into the side-netting at a tight angle rather than pass to Foden. You wondered, as those chances went begging, what Aguero and his Twitch followers might be thinking.

Yet perhaps there was nothing more City could do given the opposition. Perhaps a one-goal advantage is actually as much as you can expect. Perhaps when you are playing 13-time champions in the semi-finals of this competition, Benzema is bound to produce the extraordinary finish for their first. Vinicius will inevitably beat the entirety of your right-hand side. A cool, composed defender like Ayermic Laporte will needlessly handle the ball. City will feel that they have left Madrid very much alive. But then, perhaps they were always going to be.