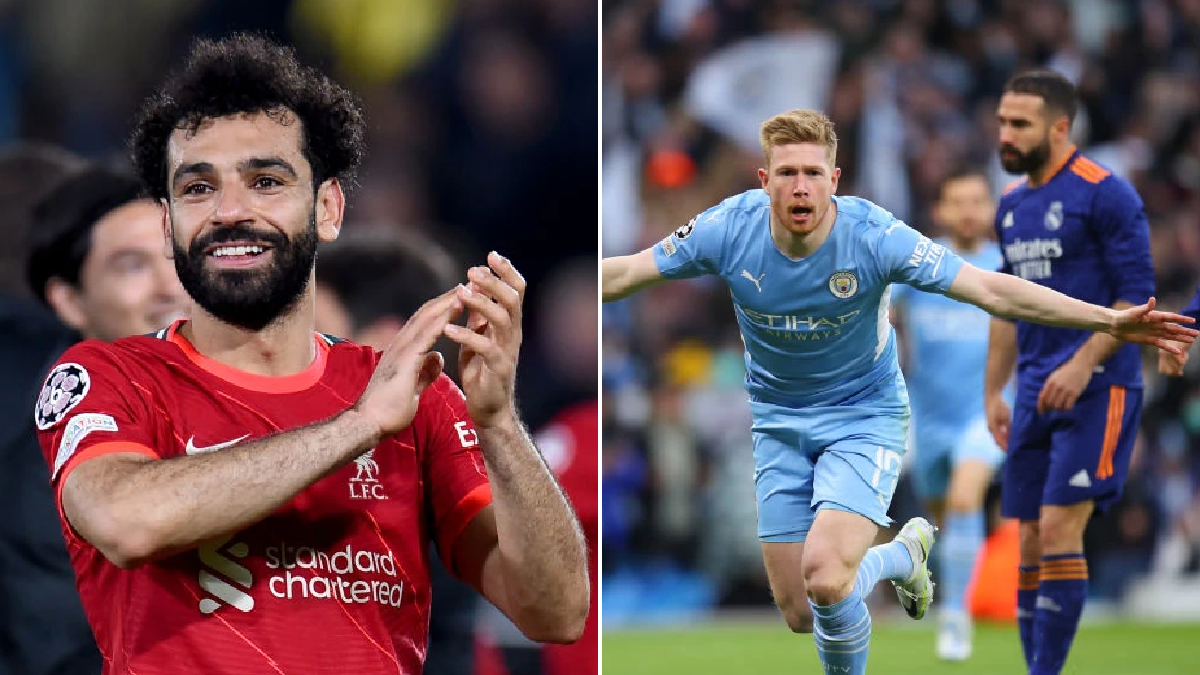 The Merseysiders booked their own progress to the final in Paris later this month with a 5-2 aggregate win over Villarreal on Tuesday night, overcoming a first-half scare in the process.

Boulaye Dia netted in the third minute for the hosts before Francis Coquelin levelled the scores on aggregate just before half-time, with Liverpool giving a lethargic and out-of-sorts performance.

But that changed in the second half as they dominated proceedings, going back ahead on the hour-mark thanks to a strike from Fabinho before Luis Diaz and Sadio Mane put the tie to bed.

Liverpool will now face either City or Real Madrid on May 28, with those two sides having played out a thrilling first leg last week which sees Pep Guardiola’s side take a 4-3 aggregate lead to the Bernabeu on Wednesday.

Usually players are diplomatic about which team they would like to face in the final, but Salah did not hesitate when asked for his preference and is keen to get revenge on Madrid.

Asked if he has a preference, Salah told BT Sport: ‘Well yeah, I want to play Madrid. I have to be honest.

‘City is a really tough team, we’ve played against them a few times this season. But if you ask me personally, I would prefer Madrid.’

Asked if that was to get a little bit of payback, Salah laughed and replied: ‘Because we lost in the final against them, so I want to play against them – hopefully we will win it!’

Real won the Champions League final 3-1 against Liverpool in 2018 with Salah famously taken off after just half-an-hour following a poor challenge from Sergio Ramos that resulted in a dislocated shoulder for the Egyptian.

Liverpool boss Jurgen Klopp, meanwhile, says he has no preference over who his side face in the Champions League final and is expecting a tough match either way.

Asked if he will watch Wednesday’s match, Klopp replied: ‘Yes I will watch it! Whoever it will be, it will be massive.

‘So it’s not like I would wish for one or the other, it will be massive. And whoever wins tomorrow night or gets the result will deserve it and then we will face each other in Paris.’