Benzema came off the bench to score his 42nd goal of the season on Saturday as the Spanish giants wrapped up the 35th LaLiga title in their history by beating Espanyol 4-0 at the Bernabeu.

Following his latest outing, Perez was asked for his thoughts on Benzema. The Real Madrid chief hinted that Benzema has been underappreciated in the past, and backed the striker to receive the sport’s biggest individual prize in the coming months. 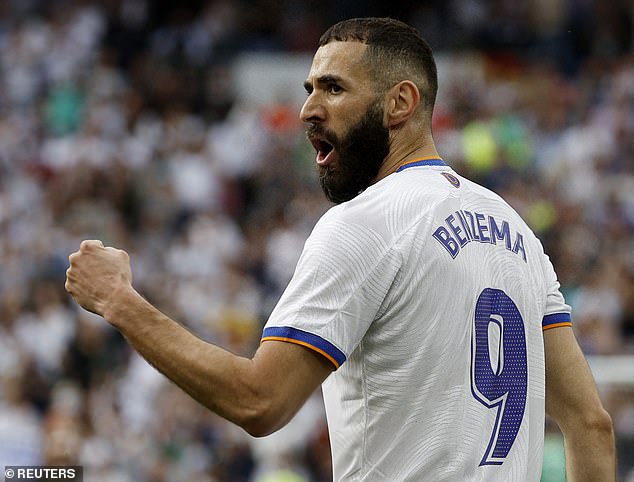 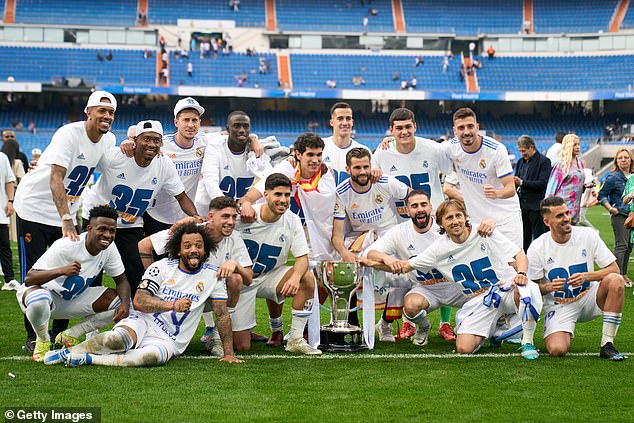 ‘Benzema has been good now and ever since he arrived,’ Perez told reporters.

‘There is no doubt that they have to give him the Ballon d’Or this year, they can’t take it away.’

Benzema has been at the centre of Real Madrid’s domestic success this term, and he has also spearheaded their push for a 14th European Cup.

He has netted 14 goals in just 10 Champions League matches, including scoring back-to-back hat-tricks against PSG and Chelsea in the knockout rounds.

The 34-year-old found the target twice more in his side’s semi-final clash against Manchester City on Tuesday, and was widely hailed for keeping his cool to pull off a ‘Panenka’ penalty in the second half. 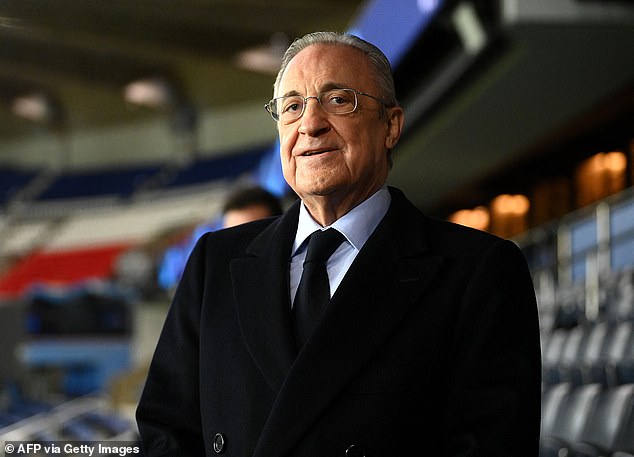 Real Madrid trail 4-3 after an enthralling first leg at the Etihad. Should Benzema help them overturn this deficit, this could enhance his claims for the Ballon d’Or.

The annual awards ceremony is due to be held in October, and will be different from previous years.

This time, players will be judged on their achievements during a typical European season, rather than across the course of a calendar year.

It has been confirmed that players will be assessed firstly on their individual performances, followed by factors such as their team’s accolades.