As Lucas Joao wheeled away in celebration after scoring his side’s second goal to put this game to bed, Sheffield Wednesday fans will have wondered what might have been.

The Portuguese was one of five strikers already at Hillsborough when they signed Jordan Rhodes for £8million in 2017. It is the type of trolley-dash deal that sums up Wednesday.

Rhodes has scored just 16 Owls goals and, when his transfer fee and four years’ worth of wages are added up, each of those strikes are worth more than £1m. 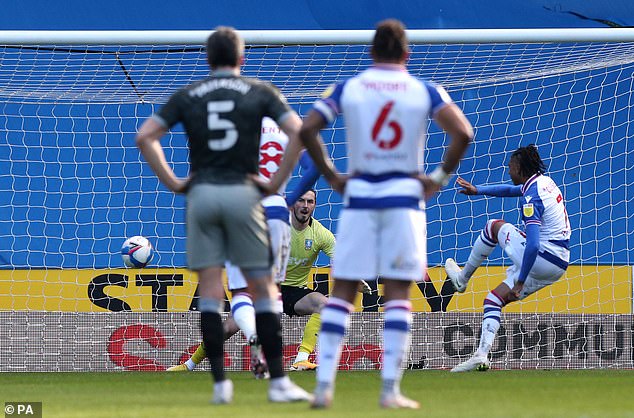 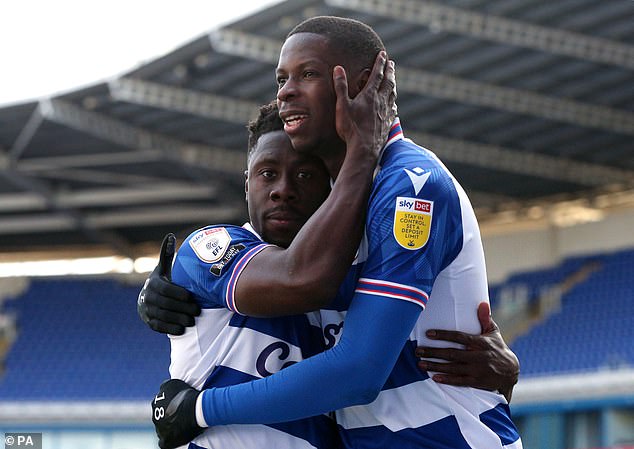 Lucas Joao (right) nets the second and has a hug with Andy Yiadom, who would score the third

Joao, on the other hand, was allowed to join Reading and came back to haunt his old club on Saturday. He has 21 goals for the season and looks one of the finest strikers in the division.

New Wednesday boss Darren Moore has a mammoth task on his hands to keep the Owls up. They are now seven points from safety and are staring at the League One trapdoor.

And if any Wednesday fan is under the illusion that they will make an instant return to the second tier, just ask supporters of Ipswich and Sunderland how they fared in similar positions.

After the heartache of a 97th-minute loss to 10-man Rotherham in midweek, Moore would have been pleased with the way his side started, limiting Reading to no early chances.

It was the Owls who had the clearest sight of goal early on, when centre back Tom Lees rattled the crossbar with a header from Kadeem Harris’ corner on 15 minutes.

But any positivity Moore might have had was wiped away in one phase of play on 30 minutes. Julian Borner carelessly lost possession, giving George Puscas half of the pitch to himself to bear down on the Wednesday goal.

Puscas seemed to slow down, offering Borner an invitation to foul him. The German defender cordially replied with a blatant shove, resulting in a penalty and straight red card. Michael Olise stepped up and slotted home.

It was Wednesday’s seventh red card of the season, more than double any other side in the division. 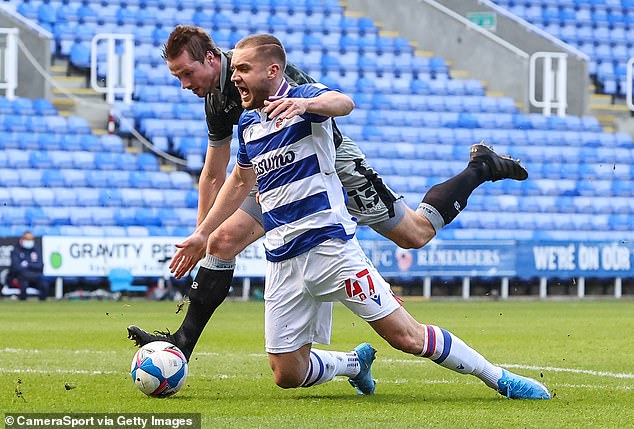 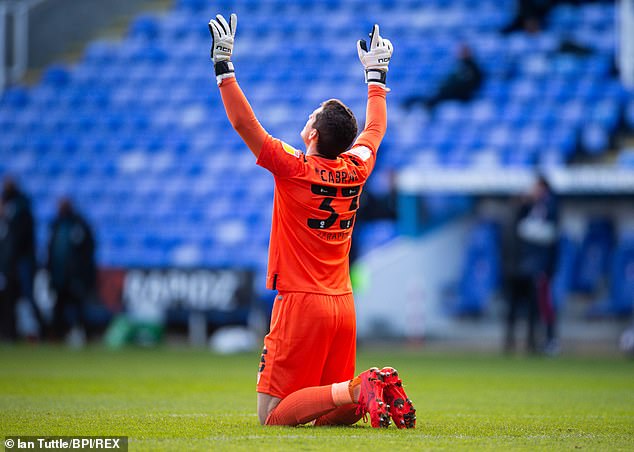 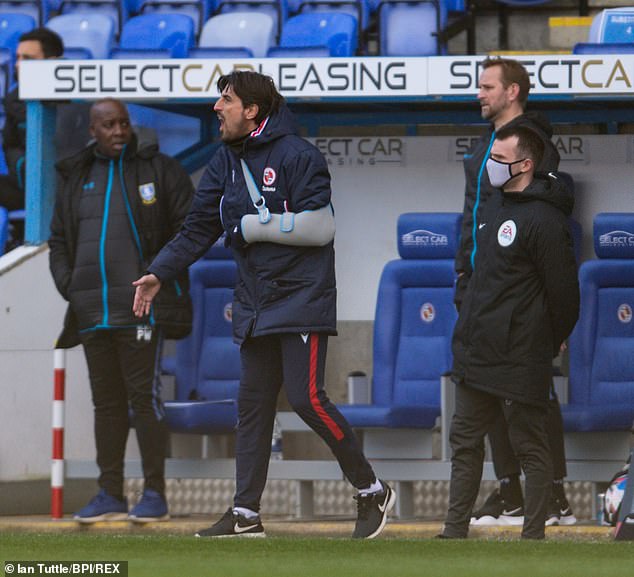 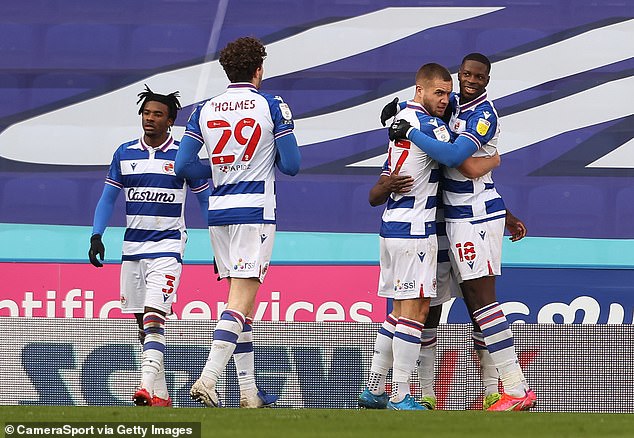 ‘The sending off was the changing factor in the game,’ said Moore. ‘We did well to stay in the game for a long period.’

That’s all they did though, stay in the game. On paper, maybe. It was over as a contest – the Owls were chasing shadows and had no creative spark in lieu of Barry Bannan, substituted in a shake-up by Moore after the red card.

‘All the odds are stacked against us but we will keep fighting,’ added Moore. ‘I have seen a desire from the group to get out of this. We ran out of legs today as Reading made the pitch wide.’

One of those wide men, left back Omar Richards, will join Bayern Munich in the summer. He was a key component but another product of their youth set-up, 19-year-old Olise, was the pulse of Reading’s attacks. 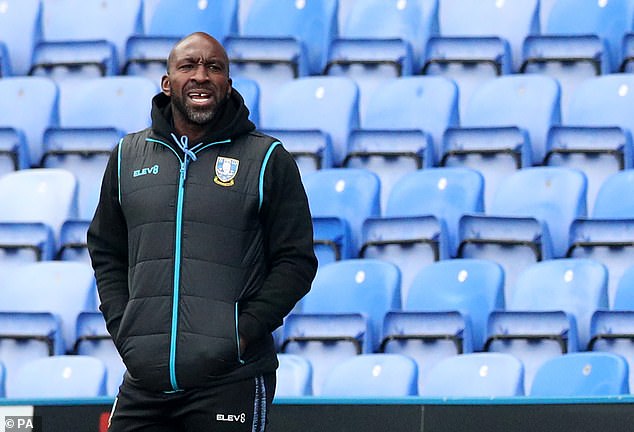 Olise made the second goal on 65 minutes, wriggling into space and finding the other wing back, Yiadom, who pulled the ball back to Joao for an easy finish.

Yiadom added a goal of his own in the closing minutes, with a nice right-footed finish.

‘We controlled the game, I am pleased with another clean sheet,’ said Royals boss Veljko Paunovic, who was sporting a sling after injuring his collarbone in training. ‘We have a fantastic team of warriors.’