Jamal Musiala came off the bench to score one goal and make another as Bayern Munich beat RB Leipzig 4-1 in the Bundesliga on Saturday.

The visitors were awarded a penalty in the 12th minute when Kevin Kampl was found to have handled the ball after a VAR review.

Robert Lewandowski made no mistake from the spot, sending the goalkeeper the wrong way and firing the ball low to the right. 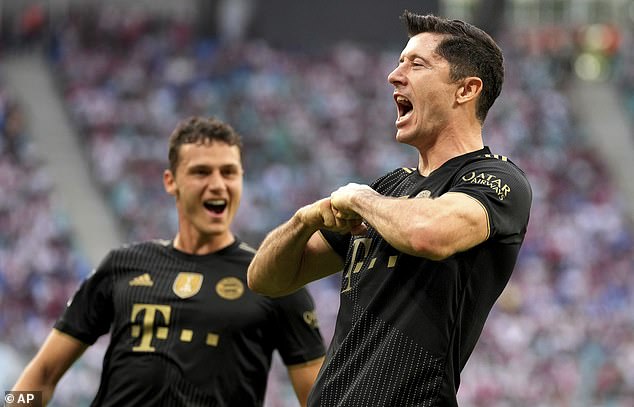 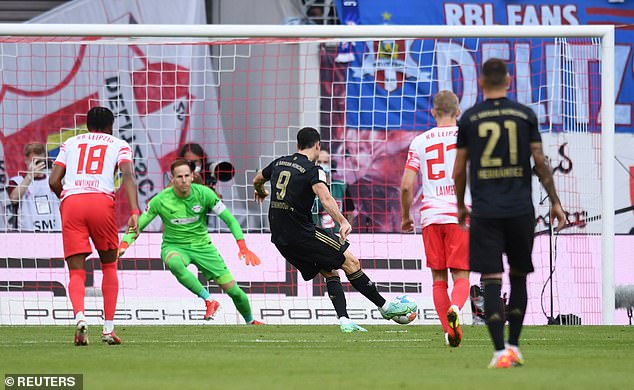 Leipzig had some great chances to equalise before the break but full back Angelino screwed a shot wide with the goal at his mercy and Dani Olmo had a superb effort tipped over the bar by Manuel Neuer as the half came to a close.

An injury to Serge Gnabry led to him being replaced by Musiala and the 18-year-old German international got on the scoresheet just over a minute into the second half as Alphonso Davies whipped in a pass for him to fire into the net.

Things went from bad to worse for the home side five minutes later as they had a goal ruled out for offside and shortly afterwards Leroy Sane made it 3-0 with a cushioned volley from Musiala’s beautiful chipped pass across the box. 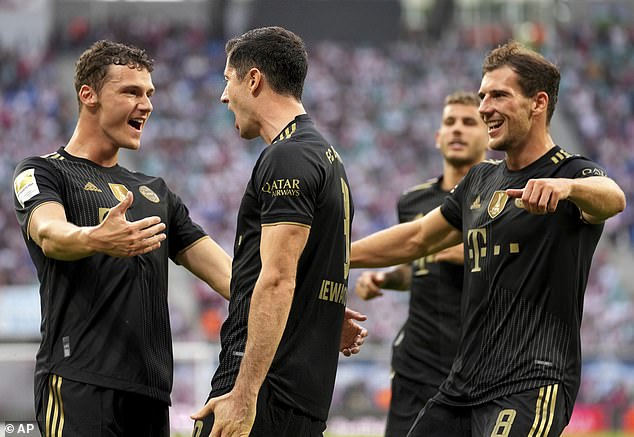 Lewandowski (centre) was mobbed by his team-mates, who then put Leipzig to the sword 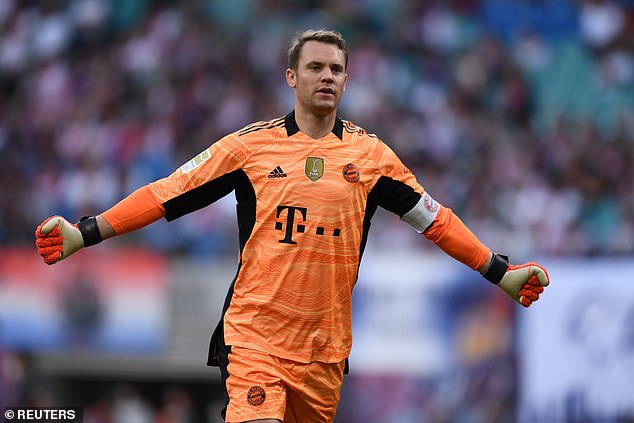 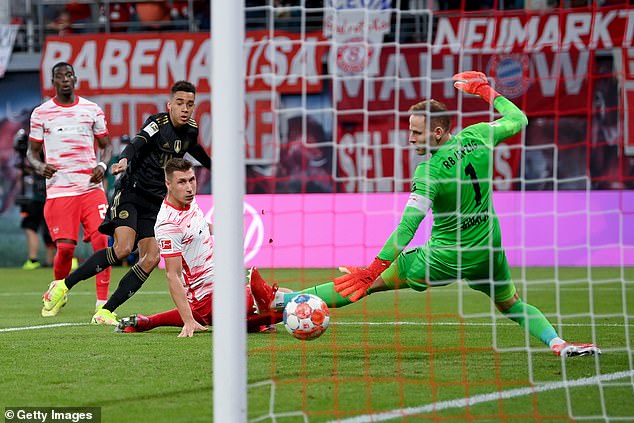 Leipzig midfielder Konrad Laimer reduced the deficit in the 58th minute, firing a thunderbolt into the top right corner from well outside the area to reignite the home crowd.

However, it was Bayern who got the next goal as Joshua Kimmich picked out the unmarked Maxim Choupo-Moting with a pass through the middle, and the striker stroked the ball into the net in stoppage time.

The win lifts Bayern to second place in the Bundesliga standings on 10 points after four games, two behind leaders VfL Wolfsburg. 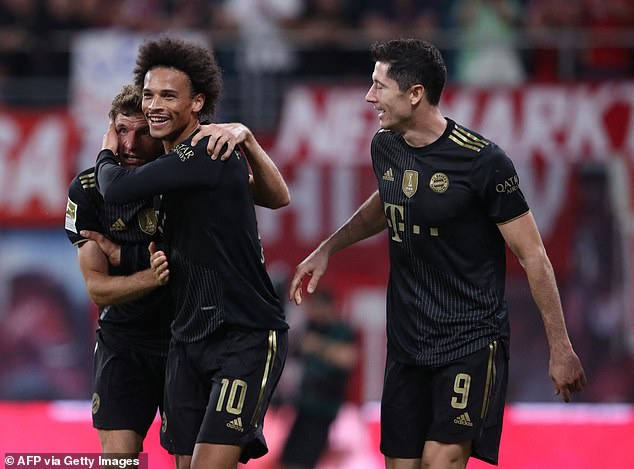 Leroy Sane (centre) added a third for the champions, who started to perform with swagger 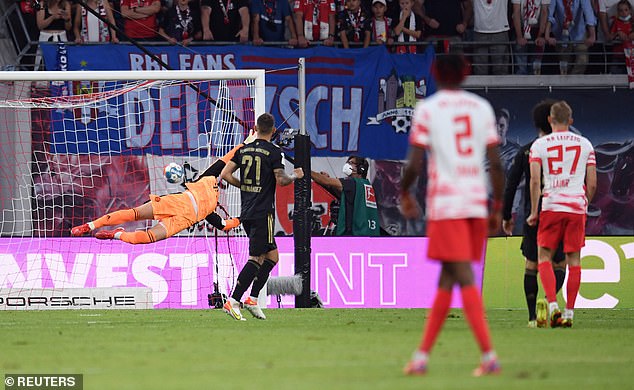 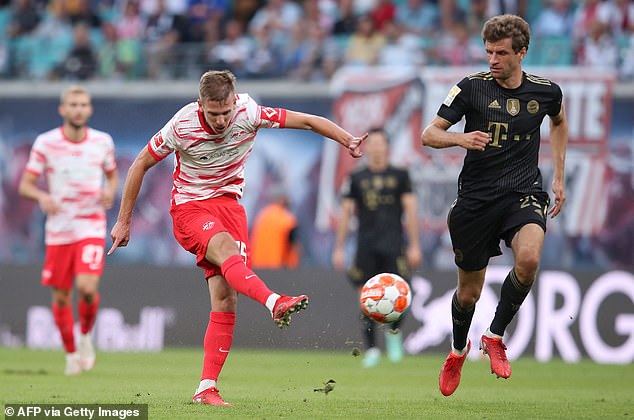 Dani Olmo fired towards goal in the first half, as Leipzig, still in transition, looked to hit back 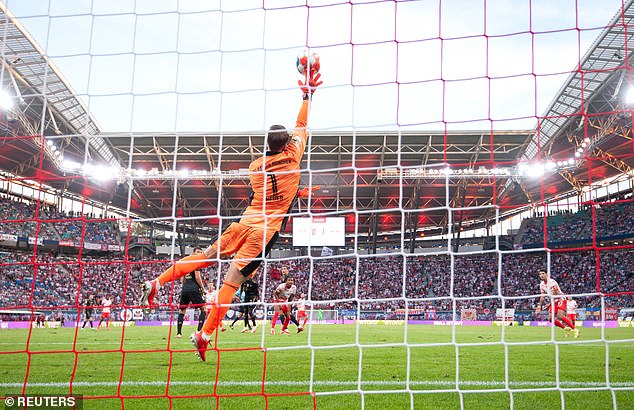 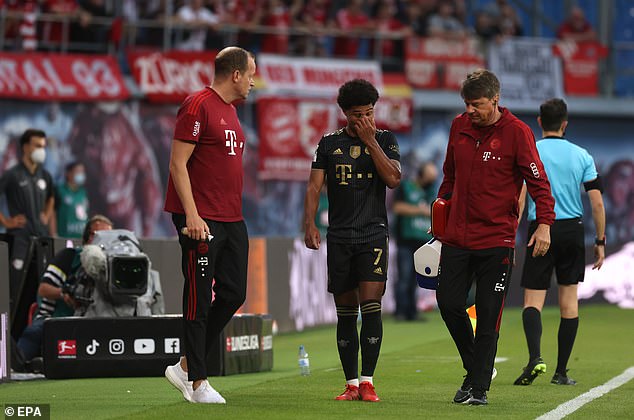 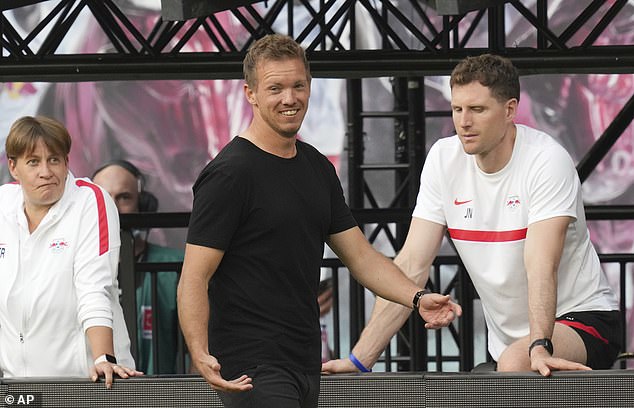 Julian Nagelsmann returned to Leipzig, his old team, and will have haunted them with the win