‘The truth is that many people do not take the question of racism seriously’: Raheem Sterling gives insight into the issue of racism in football as he reveals his first encounter with it was when he joined the Liverpool Academy aged 15

Raheem Sterling has given a telling insight into the issue of racism in football – and revealed his first encounter was when he joined the Liverpool Academy.

And the Manchester City and England forward also revealed that he is against any quota arrangement to bring more coaches from minorities into the professional arena.

Sterling – who will face Real Madrid this week in the Champions League – was born in Jamaica but grew up in London where he faced no racist behaviour. 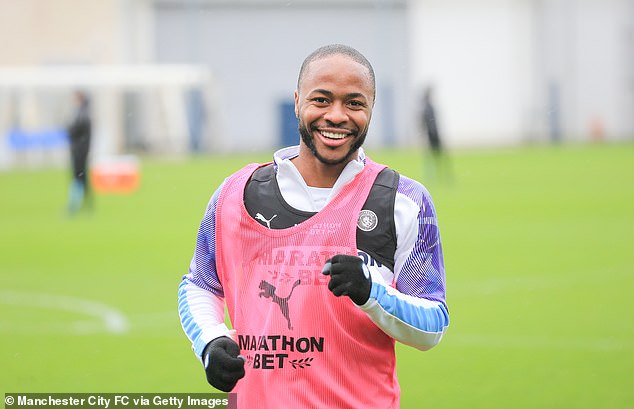 ‘It was a multi-cultural area where I never heard a racist comment,’ he said. ‘The first time I was confronted by the problem was when I joined the academy of Liverpool.’

‘As I left a class, some lads insulted me because I was black but also because I was a young player of Liverpool,’ said Sterling.

‘There were three or four players who went to the college so they recognised me even though I was not wearing my club colours at that moment.’

Sterling recalled being insulted by ‘black s***head’ comments – ‘and you understand immediately what racism means.’

Sterling – in an interview with French newspaper L’Equipe – added: ‘In the world of football, many people think racist remarks, if a group of supporters make a reference to the colour of player’s skin, then one of them could say, “It is a joke, huh”. This kind of humour was the norm.’ 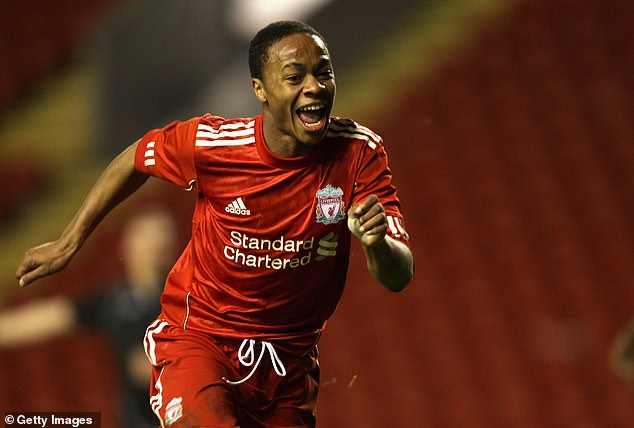 Sterling said that football often turns a blind eye to the issue.

‘The truth is that many people in the world of football do not take the question of racism seriously.

‘I have the impression that if the supporters sing words with a sexual connotation in the stadium, they are punished more than in the instances than when they make racist remarks – so many people think they are not so grave.’

Sterling is aware of the stand taken recently by Porto’s Moussa Marega who wanted to leave the field after suffering racist abuse during a match in Portugal.

‘That illustrates the point where racist provocations can affect a player. From what I have seen he was furious with the situation.’ 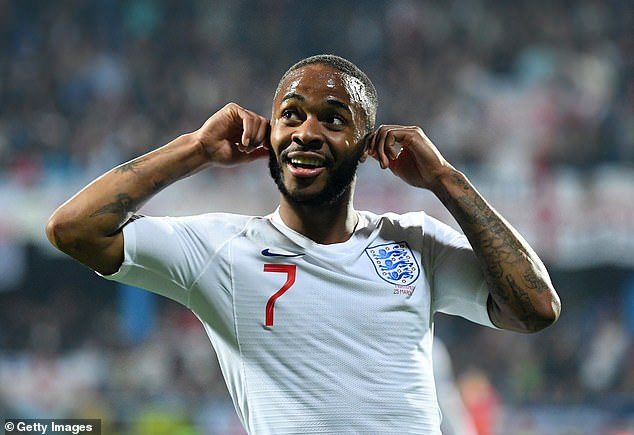 Sterling was the victim of such abuse when England won in Bulgaria earlier this season – but he had his own answer to those who taunted him.

‘The best response to those who were shouting was, for me, the win by a big margin. It made them suffer more than if you had left the pitch.’

Sterling score twice in a 6-0 win to illustrate his point.

As for minority coaches, it was pointed out that the only black coach in France’s Ligue 1 is Patrick Vieira.

But Sterling is against any rules that make it obligatory to have a representation of minority coaches.

Sterling pointed to Vieira’s ability as a player and football intelligence as the factors behind his success in management.

‘I don’t think it would be a good idea to have that system,’ said Sterling. ‘When you impose such a system, you force things.’