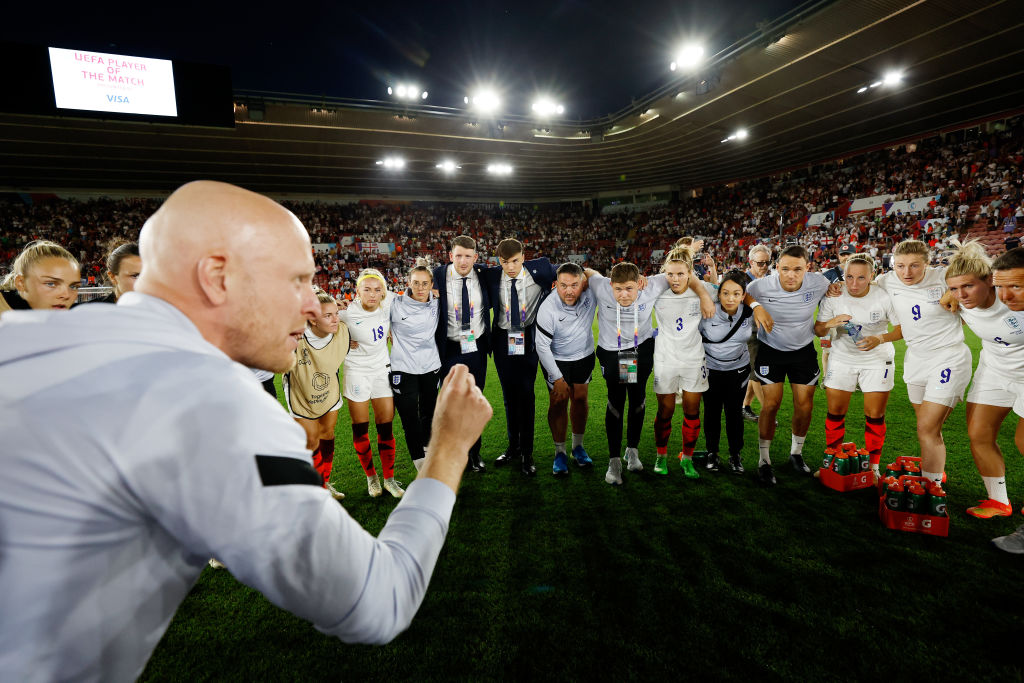 England are a well-oiled machine under Sarina Wiegman. They know their jobs and there is every chance the starting XI could be unchanged again tonight.

They have had a couple of extra days’ preparation for the semi-final against Spain since Friday’s victory over Northern Ireland and the girls will be well prepared and well versed in what Sarina wants them to do.

Assistant manager Arjan Veurink will be duplicating everything he and Sarina have been doing in the past and planning for in training in the run-up to the tie and Wiegman herself will still be in control, even if she is not given the all-clear after Covid.

The players have had plenty of time to get used to what Sarina demands from them and I don’t expect the tactics to differ against Spain – I think England will again take the game to their opponents.

There will have been discussions about ‘what ifs’ in the lead-up to the tournament – circumstances beyond England’s control which they knew they may have to deal with at some point this summer.

Ellen White, Lotte Wubben-Moy and now Hannah Hampton have also tested positive for the virus during the Euros, so the Lionesses have been hit hard. But the messages the players will have been receiving – from the coaching staff or from Sarina herself either virtually or from afar on the training pitch – will be the same. Nothing has changed.

So that is why I don’t think it makes a massive impact if Wiegman gets clearance to be in the dugout in time for the match or not.

The team did very well without her on the sidelines last Friday, although admittedly Spain are a different prospect altogether.

They are ranked one place above England in the Fifa world rankings at seven but, while they have been stripped of the talents of Alexia Putellas by injury, Sarina’s side will have to deal with another of the greatest players out there, Mariona Caldentey of Barcelona.

Crucially, I think unlike at previous championships, England will back themselves to do exactly what they did to Austria, Norway and Northern Ireland in the group stage by just doing the same again.

It is not about the opponents for England now. Sarina has shown she has a plan B, as used against Austria when she changed the formation of the midfield, but really this should be about who gets possession of the ball.

Spain will want it, England will want it. Spain could surprise us by going long but I think the Lionesses have to come out and stamp their authority on the game early on and get hold of possession.

Sarina has created such a wonderful environment with these players and it is getting the best out of them.

The group stage was great but that’s over now. The improvement the squad have seen has been fantastic and the women’s game as a whole is only getting better thanks to the level of investment and support from the National Lottery.

But for the Lionesses, all that matters is tonight and my belief is England do not necessarily need their talismanic manager in the technical area to be able to perform as we know they can. I hope they go for it.

* Thanks to National Lottery players, over £50million has been invested into football in the last ten years benefiting the women’s and girls’ game by increasing participation and helping young players fulfil their potential. Investment into the Women’s Euros legacy includes £1million of National Lottery funding, invested through Sport England, to get more women playing the game in each host city