Report and highlights from the Sky Bet Championship clash between QPR and Coventry at the Kiyan Prince Foundation Stadium as Chris Willock, Michael Rose’s own goal and Ilias Chair seal a comfortable win for Rangers

Chris Willock put Rangers ahead after just 75 seconds and there was no way back for the visitors after Michael Rose’s own goal midway through the first half.

The lively Ilias Chair sealed their fate by scoring after 68 minutes – his eighth goal of the season.

It capped QPR’s fourth win in six matches and the west London side are not entirely out of the running for a play-off place. 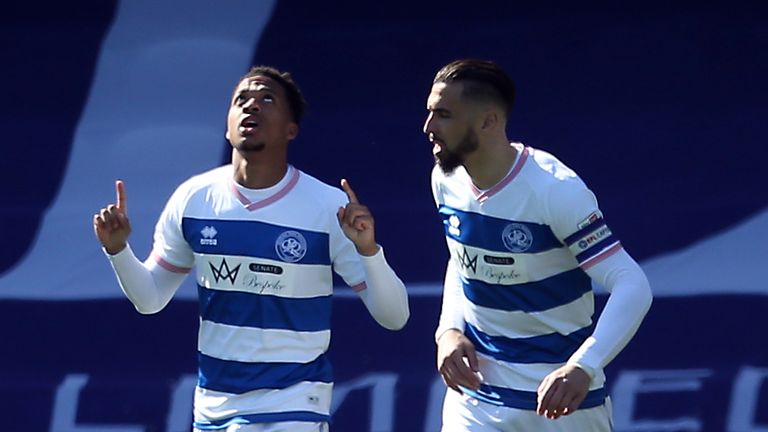 Coventry, on the other hand, are in trouble. They have won one of their past seven matches and are just four points clear of third-from-bottom Rotherham – who have three games in hand and a significantly better goal difference.

The Sky Blues were second best throughout at the Kiyan Prince Foundation Stadium, where they made the worst possible start.

The opening goal was nicely worked, with Lee Wallace collecting Chair’s reverse pass and crossing for Willock to head in off the post.

Rangers totally dominated the game and would have doubled their lead sooner but for Marko Marosi.

Marosi was called into action again when Austin’s clever flick set up Chair, whose shot from a tight angle was saved.

However, Marosi could do nothing when Rose attempted to clear Chair’s 22nd-minute corner at the near post but headed the ball into the far corner of his own net.

Marosi twice denied Chair again either side of half-time, first after Rose gave the ball away, and later following a fine pass through to the Rangers playmaker from Stefan Johansen.

But when Chair eventually got the goal he deserved, it came courtesy of a fumble by Marosi at his near post.

Again Johansen was the provider and this time Chair darted into the penalty area before trying his luck with a right-footed shot that Marosi allowed to squirm past him.

Coventry were all over the place defensively at times and carried very little threat going forward, even though their opponents eased up after the interval.

It was certainly an afternoon to forget for Rose, whose misery was compounded when he limped off with an injury midway through the second half.