Edinson Cavani’s sizzling performance against Roma in the Europa League has left Manchester United legends divided as to whether the club should buy a striker this summer.

Cavani has been a revelation since arriving as a free agent following the conclusion of his Paris Saint Germain deal, and has carved out his position as United’s first choice striker.

The 34-year-old added to his mounting goals tally inside the Stadio Olimpico with a neat brace, as United took an overall 8-5 aggregate victory to book their place in the Europa League final with Villarreal. 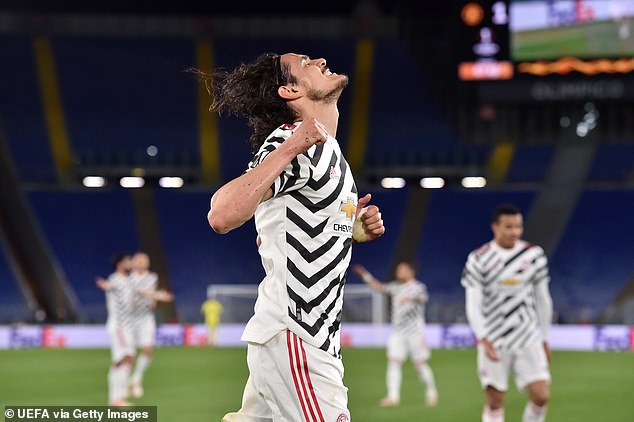 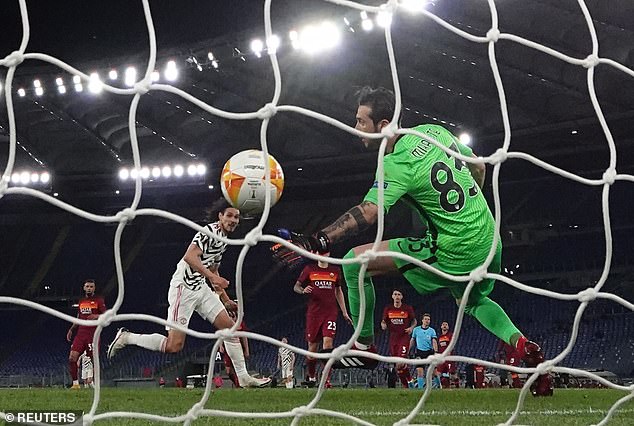 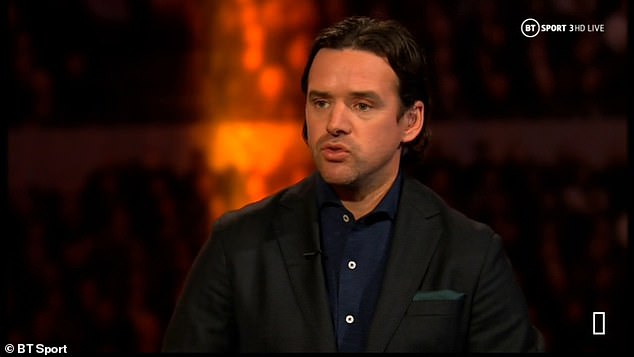 For Hargreaves, it is now imperative that United offer the former PSG man an extension to his deal which is due to end in the summer, but Paul Scholes and Rio Ferdinand feel United must look to the future without considering Cavani as the main man.

The hot debate had sparked after it was suggested that the upcoming summer transfer window could be likely to see some of the world’s most prolific forwards become available, albeit for hefty sums.

Speaking in the BT Studio during punditry duty after United’s clash with Roma, Hargreaves outlined: ‘Every ex-man United player or fan wants Harry Kane or [Erling] Haaland but the money that will cost now in the climate is just not realistic. 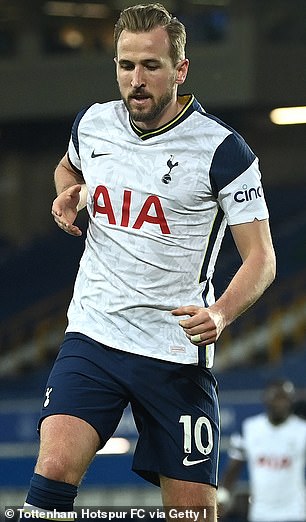 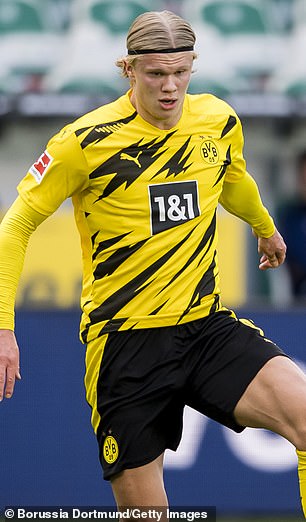 United may have a dilemma, with Harry Kane (left) and Erling Haaland set to become available

‘I think Cavani has done a wonderful job. Get him to sign a new deal and obviously there are no transfer payments there. Obviously he’s on big wages. I think they need a right winger. I think they can spend that Haaland, Kane money on potentially three other players.’

In recent weeks Kane – who turns 28 in July – has dropped huge hints that he is ready to finally leave Tottenham in order to add club trophies to his awards cabinet rather than just individual accolades.

Whereas over in Dortmund, the German giants have stood rigid in their stance that Haaland will remain at the Signal Iduna Park next season, though are aware that the Norwegian has a £65million release clause which will become active in the summer that follows.

For this reason, is it widely understood that Dortmund will attempt to hold on to their prized asset but will listen to astronomical offers which would not make financial sense to turn away.

Ferdinand and Scholes were quickly in agreement with their former team-mate Hargreaves that Cavani has done everything asked of him at United and exceeded expectations, but outlined that United simply cannot afford to miss the opportunity to bring in an elite centre forward who could lead the line for several years.

Ferdinand added: ‘I worry about what you do if you let Kane and Haaland go somewhere else.

‘You look at the teams that do well at the moment. It’s the squads with the depth. Look at Bayern Munich last season, City this season.

In agreement, Scholes outlined how the Red Devils must start planning for a future at the top level once again 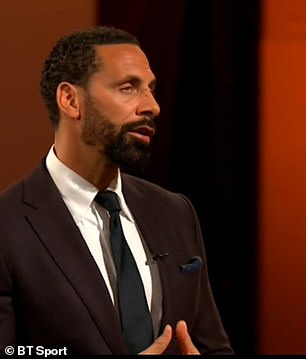 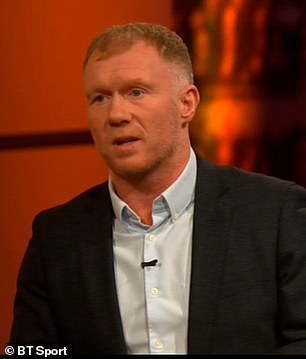 He added: ‘United are a club that need to sign a proper centre forward for the next five years. I’m talking a Kane or Haaland.

‘Cavani will slow down, fitness-wise, injury-wise might not be great. He’s not played loads of games this season, but he has scored goals when he has played.

‘[Anthony] Martial, [Mason] Greenwood and [Marcus] Rashford I just don’t see them as centre forward. They are wide players.’