After an intense first half where US goalkeeper Zack Steffen made two crucial saves, the fired up Cincinnati crowd roared its approval when Pulisic, who had been nursing a sprained ankle, came in off the bench.

TQL Stadium practically exploded five minutes later when the 23-year-old Chelsea winger headed home the go-ahead goal. McKennie’s aggressive play was rewarded in the 85th minute when he scored to put the game out of reach for El Tri. 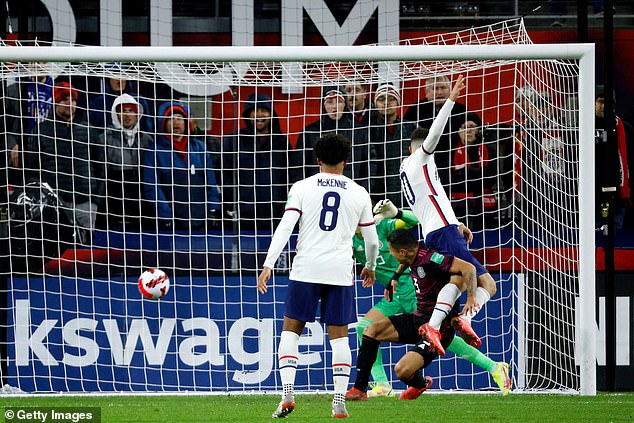 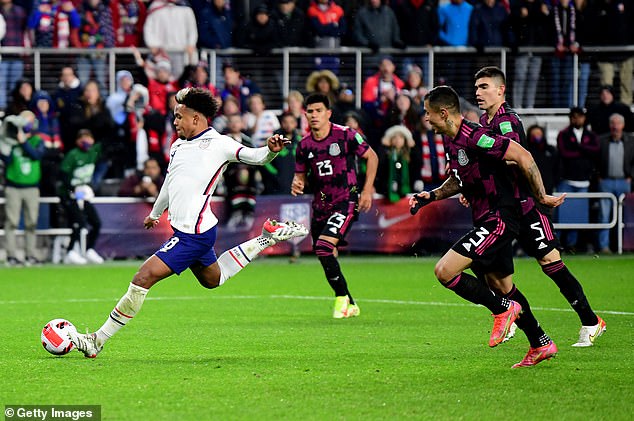 ‘It was incredible, and the fans made it all that much better,’ Pulisic said of the sold-out Ohio crowd, who were undeterred by the cold and wet conditions.

‘They really came out tonight. It was so loud in there. Moments like that is what we live for.’

The hard-fought match saw tempers boil over midway through the second half and McKennie earned one of four yellow cards handed out in the match.

US defender Miles Robinson was sent off after a second yellow for pulling down Chucky Lozano in the 89th minute.

He and McKennie will both miss Tuesday’s match against Jamaica.

Pulisic said fans should always expect sparks to fly when the adversaries square off.

‘USA and Mexico, you know what you’re going to get. Intensity,’ he said.

‘It was a crazy game for sure but it’s what we expected. It was tough to break them down. I’m happy I could come in and help us out. In the end, that’s three huge points.’

With the win, the United States and Mexico now both have 14 points to sit atop the CONCACAF standings, with the US holding a two point advantage in goal differential halfway through the 14-game qualifying tournament.

Canada, which defeated Costa Rica 1-0 on Friday, have 13 points. Panama have 11 and Costa Rica have six to round out the group’s top four. 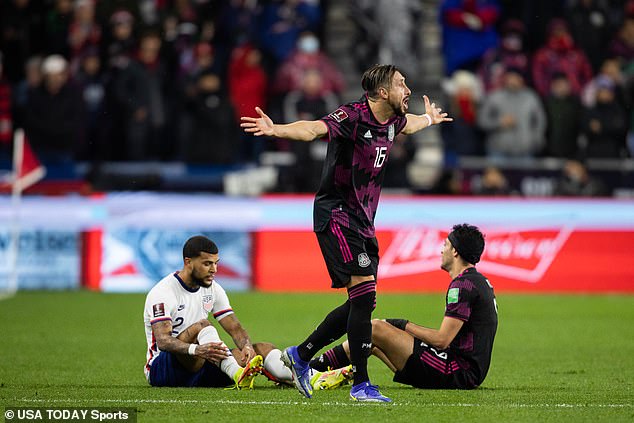 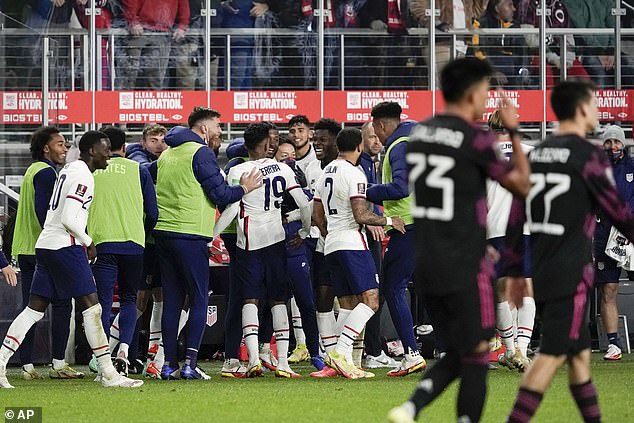 The United States had come out on top in the two most recent meetings between the teams, but the match in Cincinnati was clearly the most important to the US side.

The team is eager to qualify for next year’s World Cup in Qatar and put behind it the humiliating loss it suffered at the hands of Trinidad and Tobago four years ago that kept it from reaching the World Cup in Russia.

‘We’re in a good spot now but we have a lot more games to play,’ Pulisic said.

‘This is just one step closer to getting to the World Cup.’