Liverpool supporters have been urged to stay at home in a desperate message from public health bosses, to help prevent risk of a second coronavirus spike on Merseyside. It will be the first time the Reds have played at Anfield since they were crowned Premier League champions just over a week ago.

Jurgen Klopp’s side were thumped 4-0 at Manchester City yesterday in a sobering moment for the champions.

Nonetheless, Liverpool will be keen to get back on the field and set the record straight this weekend when they take on strugglers Aston Villa.

Mohamed Salah, Sadio Mane and Roberto Firmino will be licking their lips at the prospect of facing Villa’s leaky defence which has shipped 60 goals this season, the joint most in the division.

While Liverpool remained focus on completing the Premier League season in record-breaking fashion, there are concerns that the title celebrations could be set to continue in the city and around Anfield. 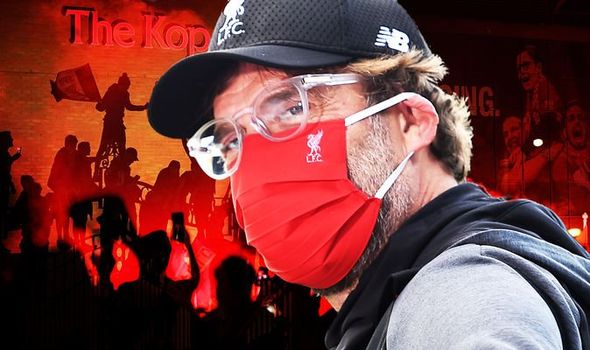 The party did not stop there either as supporters gathered at Pier Head on the Friday, where there were several disturbances.

Now Liverpool’s director of public health Matt Ashton has begged fans to stay home this weekend, reminding them that COVID-19 has not vanished.

“Liverpool and Merseyside has been badly hit by coronavirus, we have had almost 600 deaths in Liverpool and almost 1,600 across Merseyside,” he said.

“I would like to express the city’s condolences to all those affected. Thankfully rates are currently low but there are signs of some small increases in some small areas.

“So now is not the time for any of us to be complacent. Avoid crowds, they have the potential for the virus to spread more easily.

“This Sunday and for the rest of the season I am asking for everyone to stay at home and watch the match with your loved ones. We can have a big party when this is all over but that time is not now.”

He said: “I could not have said it better. We have to show responsibilities still, we have to show we are different and if we have to do something good for our loved ones we will do it. This is the biggest challenge in all of our lives.” 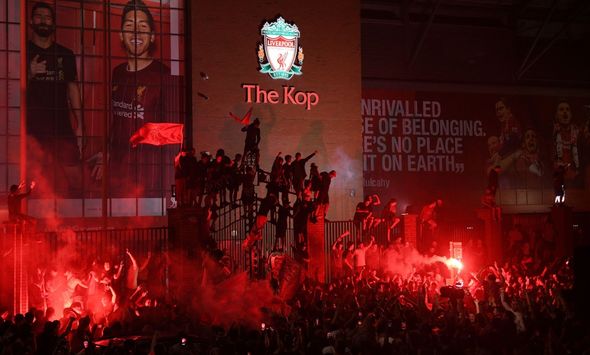 Red fireworks were set off over the Etihad Stadium during Thursday’s match, which suggests the celebrations will not die down anytime soon.

Klopp defended the attitude of his players in a spikyy interview with Sky Sports after the 4-0 demolition.

“If you want to lead the story in the direction that we were not focused on that game, then do it,” an irritated Klopp said.

“I saw a brilliant attitude. I saw fight. We didn’t behave like somebody who became champions a week ago.”