Paris Saint-Germain have let Chelsea know what their stance on selling Presnel Kimpembe is. Thomas Tuchel, who worked with the player at the Parc des Princes, knows the defender well from his time in charge in France.

Chelsea have been given the green light to pursue a transfer for Kimpembe this summer after PSG let it be known that they are willing to listen to offers.

The Ligue 1 champions are undergoing a major revamp after sacking Mauricio Pochettino and sporting director Leonardo. They have been replaced with Christophe Galtier and Luis Campos as the club look to go a different direction to their recent ‘Galactico’ method.

And that could mean an exodus of stars with the likes of Neymar, Achraf Hakimi and Mauro Icardi linked with moves away. Another on the potential exit list is Kimpembe, who is wanted by Tuchel at Chelsea. 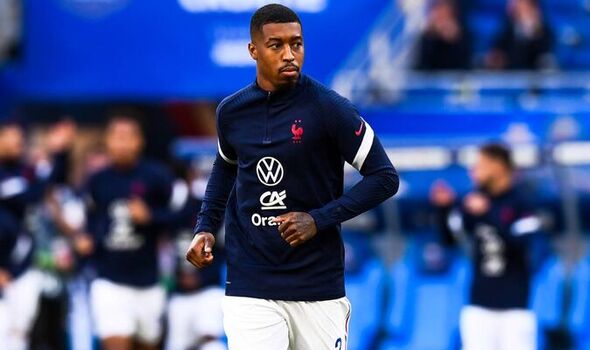 The German coach knows the 26-year-old well from his time in charge at the Parc des Princes and is on the lookout for a new centre-back after the departures of Antonio Rudiger and Andreas Christensen to Real Madrid and Barcelona respectively. It leaves Thiago Silva, Malang Sarr and Trevoh Chalobah as the only recognised centre-backs.

According to L’Equipe, PSG will not stand in Kimpembe’s way if a suitable offer comes in for the France international. The defender threw his own future into doubt last month when he said he wanted to speak to the new management over his role in the future project.

With PSG looking to sign Inter Milan star Milan Skriniar, that would seemingly push the Frenchman down the pecking order while the finances involved would also aid a deal. Chelsea are the favourites for his signature with Tuchel personally pushing for a transfer.

After the departure of Rudiger, the Blues coach wants to sign a left-footed defender to replace him on the left-hand side of a back three. However, he also wants a player that can easily change into a more traditional back four.

Kimpembe is not the only defender being chased by Tuchel, though, with Manchester City star Nathan Are also being eyed for the same reason. Pau Torres, another left-footed defender, was tentatively looked at but it appears that Chelsea have decided to go elsewhere.

But two centre-backs might be necessary considering that Christensen has left, Cesar Azpilicueta wants to leave and Silva will turn 38 next season. Matthijs de Ligt of Juventus is a top target but negotiations have been slow.