PSG beat Dortmund 2-0 to progress to the quarter-finals of the Champions League.

They had to do so without any fans in attendance, due to the decision to play the game behind closed doors in order to combat the spread of coronavirus.

Instead, fans flooded the streets surrounding the Parc des Princes, setting off fireworks and flares throughout the game.

After the game, the players made their way to one of the concourses inside the stadium to celebrate with fans. 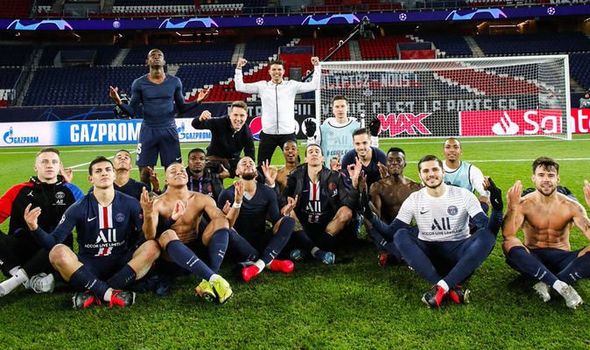 Kylian Mbappe and Neymar both posted images and videos from the balcony showing players singing along with supporters below.

During the game, Brazilian star Neymar scored a crucial header to send PSG into the lead.

Neymar pounced at close range to nod in to break the deadlock, before rushing over to Mbappe – who was on the substitute bench.

He then proceeded to mock Haaland’s celebration by sitting cross-legged on the floor and doing the ‘zen’ celebration.

After the game, the ridiculing of Dortmund’s 19-year-old striker continued, with the whole team posing for pictures while holding the same pose.

Neymar even posted an image of him doing the celebration on Instagram with the caption: ‘Paris is our city, not yours’.

Mbappe also posted an image on social media of himself celebrating with fans, writing: “What a night!! I’m so proud to play with you guys, MY TEAM.”

Speaking after the game, PSG owner Nasser Al-Khelaifi was full of praise for the supporters who took to the streets. 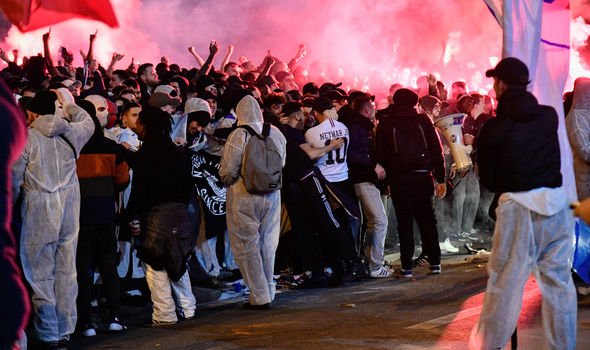 “It was a great match, there were doubts. Everyone said that it had been three years in a row that we had failed in eighths,” he said.

“We had character, the supporters were not there in the stadium but in our hearts.

“We felt their strength, it was the perfect match, we are very happy. We do not want to stop there, our ambition is greater.

”We deserved to celebrate tonight but we’re going to think of the quarters. We made this match for the supporters too. They are very important to the club.

“We really have the best supporters in the world, we made a great match for them, the players showed great character.”