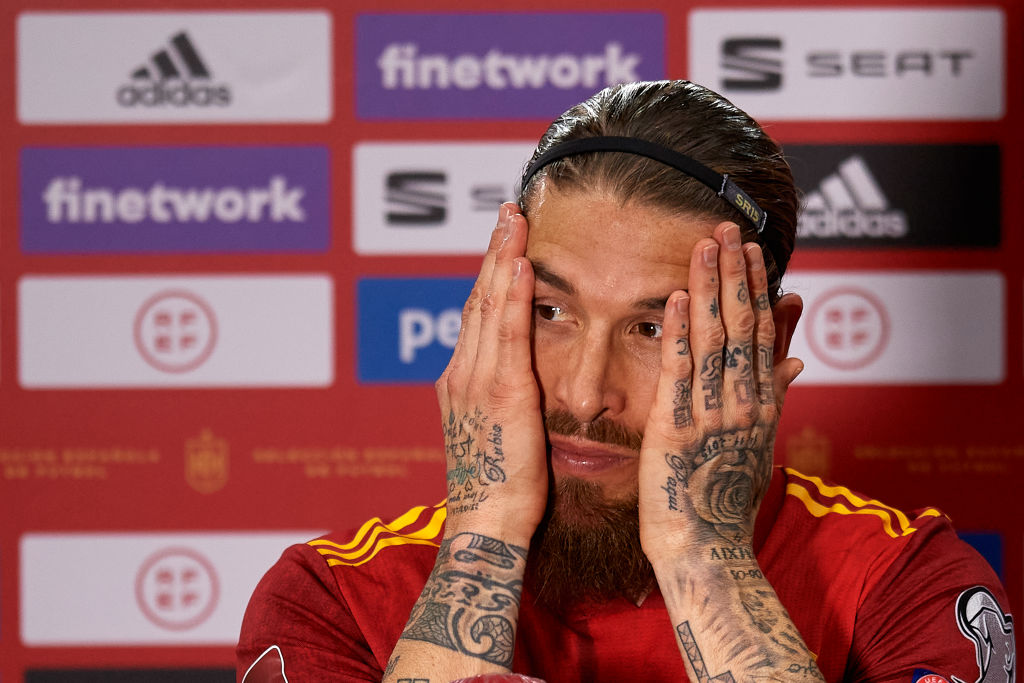 Paris Saint-Germain are growing increasingly concerned by Sergio Ramos’ lack of fitness since joining the club and are considering the possibility of terminating his deal, according to reports.

The 35-year-old defender left Real Madrid in the summer and signed for the French giants on a two-year deal, though he has yet to kick a ball for his new club after four frustrating months.

Ramos struggled with injury in his final season at the Bernabeu and he has remained sidelined with a calf problem, with his return to training constantly delayed.

French publication L’Equipe claim that PSG are losing faith in Ramos’ ability to return to full fitness – and the highest level of competition – as he continues to rack up fresh injuries.

To go with the calf problem, Ramos has also started to struggle with a knee injury and, aside from some basic gym work, has not been able to take part in full training with PSG at all since joining.

Now Le Parisien have gone even further and report that Ramos’ situation is so concerning that PSG are weighing up rescinding his contract.

Ramos was one of four high-profile free agents PSG signed in the summer, along with Georginio Wijnaldum, Gianluigi Donnarumma and, of course, Lionel Messi.

The former Real skipper is believed to be earning in excess of £10m-a-year at the Parc des Princes, or around £200,000-a-week, despite having yet to kick a ball for the club.

Some within PSG’s hierarchy now fear they have made a very expensive mistake and could look to end Ramos’ stay in the French capital early, though it is not currently considered a priority and the situation will continue to be monitored.

Real baulked at Ramos’ wage demands and had asked him to take a pay cut, which prompted his exit, but their stance appears to be justified by the fact he has only played four times in the entirety of 2021.

He has not played a competitive match since May, though PSG are hoping that he might be able to return to training this week before potentially making an appearance after the upcoming international break – though their confidence in that happening is waning all the time.