Premier League chief executive Richard Masters admitted there had been frustration over the public backing of Project Big Picture, but insists there is “no beef” with the EFL over the failed proposals.

Following a meeting of all 20 clubs on Wednesday, the Premier League announced an unanimous agreement that they would not “endorse or pursue” the proposals, which included changing the voting structure of the Premier League, as well as funding models for the English Football League (EFL) and Football Association (FA).

The EFL had previously said the majority of its clubs overwhelmingly supported the plans, which had been initially drawn up by Liverpool, with the backing of Manchester United.

Masters described Wednesday’s meeting as “candid, constructive and positive in the end” and denied any suggestion the proposals may have damaged the reputation of the league.

“Clearly there’s some frustration a proposal that hadn’t had any input from the Premier League, from our clubs, has been pushed so hard in public,” he said.

“But we don’t have a beef with the EFL, certainly not with its clubs. We want to have a good relationship with them. We’re their biggest partner.

“We have a historic relationship with them. So we want it to be constructive.” 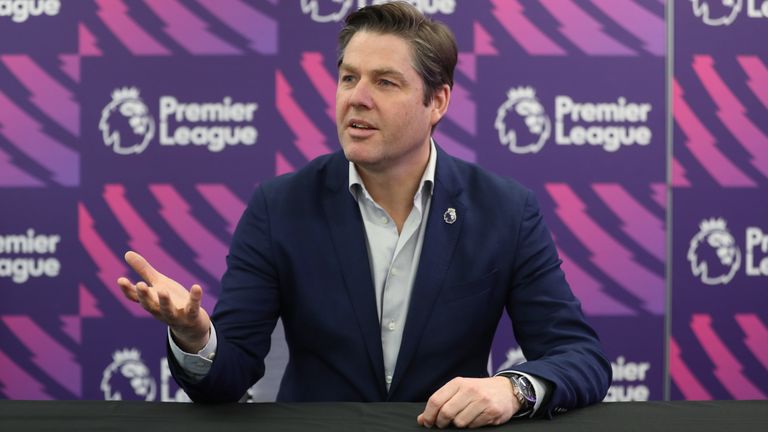 On Wednesday’s meeting, he added: “It was a unanimous meeting that decided to move on from Big Picture and as you say, to move on to a new review process and one that was actually under way.

“What we tried to do was separate the issue of EFL solidarity and the EFL rescue from a forward plan, and that’s what eventually got decided by clubs today.

“Whilst there has been a lot of things said and done, a lot of speculation over the last four days, I don’t think it’s irreparably damaged the Premier League. And I think that today’s meeting proved that.”

Asked if there were any elements of Project Big Picture that could be worked with, Masters said: “Well, I think there was an acknowledgment in the room that English football’s model is a huge success, but that it hasn’t been reviewed or modernised for a long time.

“And so that perhaps there have been some systemic issues built up that need dealing with.

“And as I said, a lot of the things we’ve been talking about – league structure, calendar construction, governance, the financial regulation, broadcasting and commercial will all be part of our review process as well.”

The Premier League has also announced the proposal of an emergency financial package for clubs in League One and League Two, consisting of grants and interest-free loans totalling a further £50m on top of the £27.2m solidarity payments already advanced.

Discussion are ongoing between the Premier League and the EFL regarding Championship clubs’ financial needs.

Six Championship clubs have told Sky Sports News they could go out of business by the end of the season without fans and without a financial bailout.

Asked why there was no offer for the Championship at this stage, Masters said: “It focuses on League One and League Two because we believe these are the clubs that are perhaps most in need at this time.

“And there’s also a broad offer to continue discussions with the EFL about potential Championship loan funding. And so until we have those discussions, we can’t really say too much about them.”