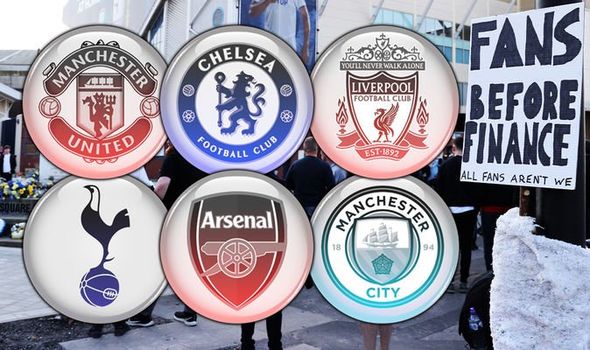 The other 14 Premier clubs have united in their rejection of the proposed Super League.

The Premier League has released a statement laying out its position and confirming the unanimous rejection of the mooted European Super League that would see the other six Premier League clubs – Arsenal, Chelsea, Liverpool, Manchester City, Manchester United and Tottenham Hotspur – join the league as founder members.

The statement, released on Tuesday afternoon, amounted to a unanimous rejection of the league, with the organisation stating that it will consider “all options available” to oppose the proposed breakaway league and protect the integrity of English football’s top flight.

“The Premier League, alongside The FA, met with clubs today to discuss the immediate implications of the Super League proposal.

“The 14 clubs at the meeting unanimously and vigorously rejected the plans for the competition.

“The Premier League is considering all actions available to prevent it from progressing, as well as holding those Shareholders involved to account under its rules.

“The League will continue to work with key stakeholders including fan groups, Government, UEFA, The FA, EFL, PFA and LMA to protect the best interests of the game and call on those clubs involved in the proposed competition to cease their involvement immediately.

“The Premier League would like to thank fans and all stakeholders for the support they have shown this week on this significant issue.

“The reaction proves just how much our open pyramid and football community means to people.”

The Premier League’s statement was swiftly followed by an equally strong condemnation of the European Super League by The Football Supporters Association, with the organisation’s chief executive Kevin Miles branding the owners of the six Premier League clubs involved “vultures.”

“The greedy owners of some of our most historic football clubs have done nothing but unite fans throughout the pyramid, players, pundits, clubs, politicians and the Government in opposition to their plans to hoard power and wealth. There must be no more appeasement of these vultures,” he said.

“Today the Football Supporters’ Association (FSA) and some of our member organisations met with the prime minister Boris Johnson and secretary of state Oliver Dowden to make clear the existential crisis facing football and the overwhelming support from fans for political action.

“The PM’s response was very positive as he committed to legislative action, if necessary, to support the football authorities. In addition, he referred to yesterday’s announcement of the much-anticipated fan-led review into football governance, confirming that it would have a far-reaching remit.

“The FSA looks forward to working with the Government and all political parties in Westminster. As well as meeting the PM we have also met today with the All-Party Parliamentary Group for Football Supporters and, separately, Keir Starmer and the Labour Party.

“Supporters will do everything in our power to stop the European Super League.”