Home » Soccer » Premier League Hall of Fame: Which two legendary players should be the first inductees? 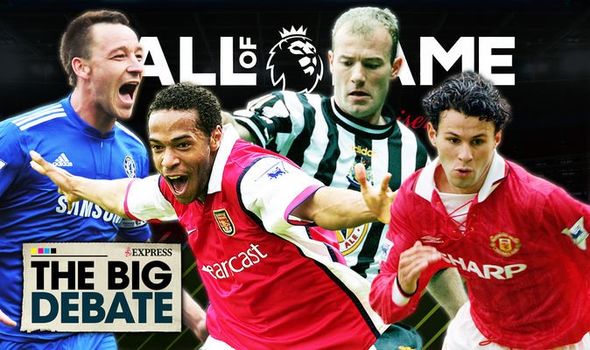 The Premier League have announced they are launching an official Hall of Fame to celebrate 28 years of the competition.

Officials say this award will be the highest individual honour dished out to players by the league.

“Since 1992, the Premier League has been home to world-class players who have defined generations and provided us with compelling football season after season,” chairman Richard Masters said in a statement.

“A place in the Premier League Hall of Fame is reserved for the very best. It will be an occasion for our fans around the world to look back over the years and help us celebrate some truly exceptional playing careers.”

The first two inductees to have their careers commemorated will be announced on Thursday March 19.

Fans will be invited to vote to help select the additional former players to join the Premier League Hall of Fame 2020 from a shortlist of nominees to be announced nearer the time.

To be eligible, players must be retired and only a player’s Premier League career is considered in their candidacy. Each inductee will receive a personalised medallion, engraved with the year of their induction.

So who should be the first two players entered into the Hall of Fame?

Express Sport’s team of writers deliver their verdicts below.

The citation from the Premier League mentions “exceptional skill and talent” and these two players stand head and shoulders above all others when it comes to that.

The first two Hall of Famers should also represent the international appeal of the competition, which grew up in the wake of the Bosman ruling and embraced imports like no other league before or since.

Cantona’s move to Manchester United in the first few weeks of the Premier League set United on a course to unprecedented success over the history of the competition.

And Thierry Henry’s emergence sparked the next Arsene Wenger-inspired renaissance which led ultimately to the Invincibles.

Moreover, with Henry never making it off the bench in the 1998 World Cup final, both players are revered more for their club achievements than those they managed with their country. 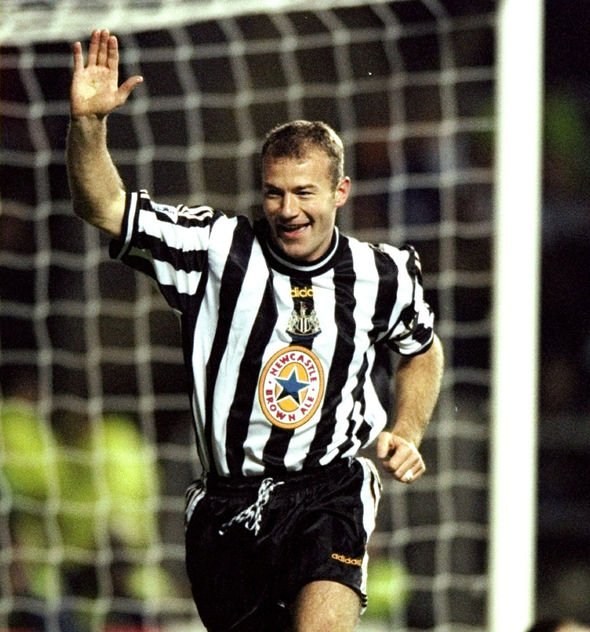 Perhaps not the first name that comes to mind but Manchester United’s record goalscorer Wayne Rooney has to be the first inductee into the Hall of Fame.

Five Premier League titles make him one of the most decorated players of all-time and he has provided the top flight with some of the most memorable moments in history.

The volley against Newcastle, the overhead kick to beat Manchester City and the ludicrous halfway line effort at West Ham all spring to mind.

His longevity in the Premier League at Everton and United make the 34-year-old the obvious choice in my eyes.

For my money Thierry Henry is the best striker in Premier League history and definitely the best overseas talent.

He took Arsenal to another level and was majestic on the ball and his finishing. There’s a reason that every goal scored by someone cutting in from the left wing is compared to Henry.

A massive 176 goals in 258 appearances underlines just how talented the Frenchman was.

He has two Premier League titles to his name and his Arsenal exit to Barcelona underlined just how good he was as the Gunners haven’t been the same since. 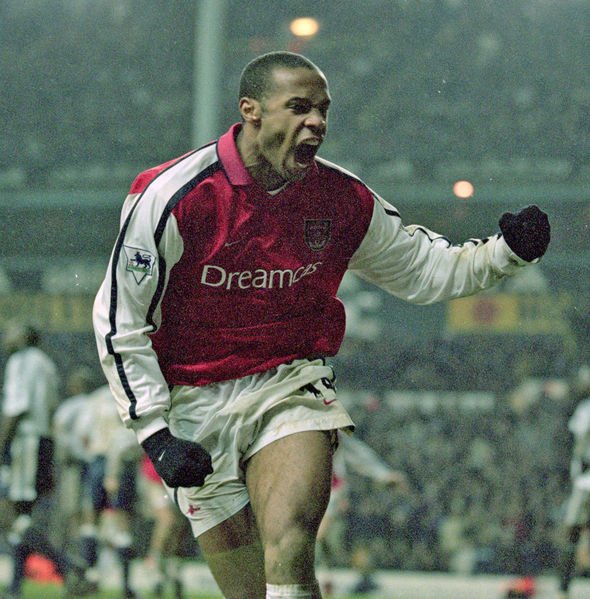 Surely the first name on the list is Alan Shearer?

It’s difficult to deny the Premier League’s all-time top goalscorer a place in the Hall of Fame.

Shearer scored 260 goals in the Premier League; which is a huge 52 more than anyone else.

He also provided 87 assists during his top flight spell, showing that he had the all-round game to go down as a Premier League legend.

Sergio Aguero may not be one of the first name’s you think of when someone mentions the phrase ‘Premier League’s greatest’, but he’s certainly one of the best strikers of all time.
I think he earned a place in the Hall of Fame for that infamous ‘Aguero moment’ alone.

First season in the Premier League, and he ends up scoring a title-winning goal in the fourth minute of injury, in the final game of the season.

He’s also the fourth-highest goalscorer in the competition’s history, which often goes unmentioned. 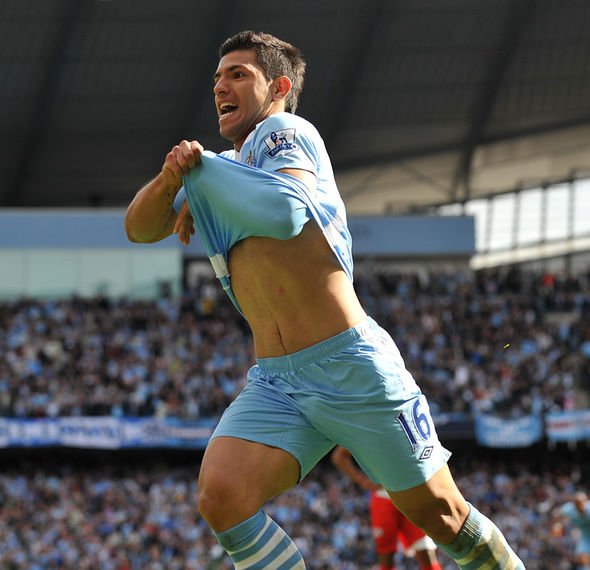 The first two inductees should be the most indisputable names possible in order to avoid any grave scrutiny and give this exciting new idea some prestige. Just think of the uproar if Steven Gerrard was one of the first two…

Bearing that in mind, where better to start than with the competition’s all-time top goalscorer, Alan Shearer? There are 260 reasons why the fierce frontman should make it in there, even if he could have had even more goals (and PL trophies) to his name had he chosen Manchester United over Newcastle.

As for the second pick, who else but the man who is widely considered the best player in the division’s history – Thierry Henry? The mesmeric Frenchman bamboozled opposition defences in the most fantastic ways, and revelled in doing so. With two Premier League titles, 175 goals and 74 assists, his statistics justify the manner in which he is cherished.

First and foremost, this is a brilliant idea from the Premier League. American-style celebrations of sport may not always fit in with British culture, but this is certainly one that we can get on board with.

Now on to who should be the first two legends to be inducted. Ryan Giggs was an ever-present as Sir Alex Ferguson created a dynasty at Manchester United which saw the Welshman win an unprecedented 13 league titles. There has and possibly never will be a similar era of dominance from one player at one team again.

Then there’s the Premier League’s record goalscorer Alan Shearer. Sometimes overlooked because of the status of clubs he played for, Shearer was always an understated frontman with a deadly finish.

He holds an iconic status at both Blackburn and Newcastle and in English football in general. His place in any hall of fame is hard to argue against. 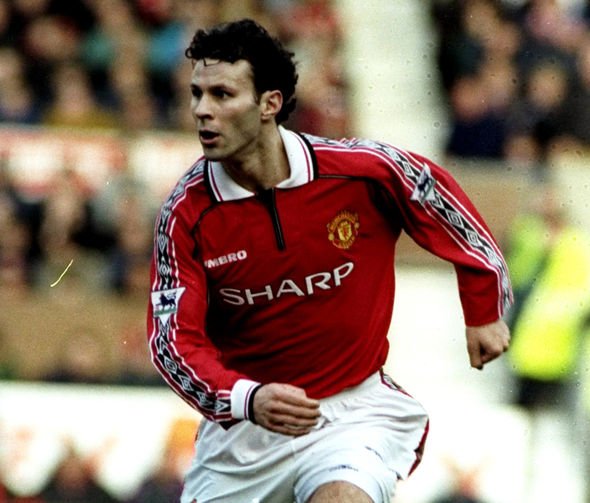 Ryan Giggs has to be the first inductee into the Premier League’s hall of fame.

The former Manchester United star won it all at Old Trafford including 13 Premier League titles.

Sir Alex Ferguson’s reliance upon the Welshman during their time together at United says it all. It’s a no brainer.

Next up should be Thierry Henry.

He almost deserves to make it in simply for his goal against Manchester United in 2000. Poor Fabien Barthez.

The first player who should be inducted into the Hall of Fame is the great Thierry Henry.

Henry is not only the best foreign player to play in the Premier League but arguably the greatest out of anyone to feature in the English top flight since 1992.

The Frenchman had everything and was instrumental in Arsenal’s success in the early 2000s, winning four Golden Boots during his time at the club.

The next person who should be inducted is Ryan Giggs, who has won the most Premier League winners medals with 13.

The Manchester United legend wasn’t a bad player either. 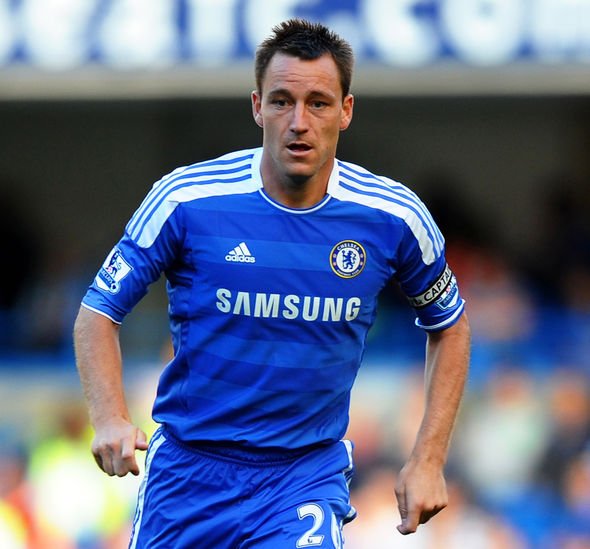 He’s not everyone’s cup of tea, but John Terry was the rock Chelsea built their title wins on. Jose Mourinho’s side ended Arsenal and Manchester United’s grip on the trophy in 2005 with a dominance not seen until Manchester City and Liverpool in the past few years.

Terry deserves a nod of appreciation for his role in knitting the whole thing together for the Blues and kicking off their golden era of winning regular silverware.

My second pick is a legend who didn’t win the trophies he should have.

Alan Shearer gets in for being the all-time top scorer in the competition on 260 goals. Wayne Rooney came close with 208, but it’s testament to the levels of consistency from Shearer that England’s leading scorer couldn’t close the gap to the Newcastle legend.