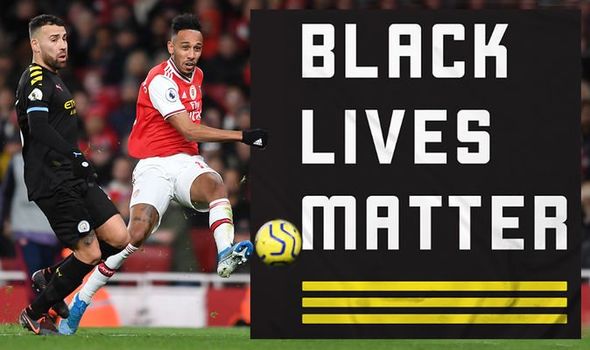 Players from all 20 Premier League clubs have agreed to have their names replaced by ‘Black Lives Matter’ on their shirts for the first 12 games of football’s restart.

As Express Sport reported, players will have the words replacing the names on the back of their shirts, as well as another logo on their shirts for the rest of the campaign, and a badge thanking the NHS for their work during the COVID-19 crisis.

The players, who pushed for the move this week, said in a statement: “We, the Players, stand together with the singular objective of eradicating racial prejudice wherever it exists, to bring about a global society of inclusion, respect, and equal opportunities for All, regardless of their colour or creed.

“This symbol is a sign of unity from all Players, all Staff, all Clubs, all Match Officials and the Premier League #blacklivesmatter #playerstogether.”

The top flight also confirmed that they will support players who ‘take a knee’ before or during matches, as Arsenal’s players did before their friendly game with Brentford at the Emirates Stadium this week.

The English Football League have also confirmed that their players will wear an ‘NHS Rainbow – Thank You’ emblem on their shirts when the Championship starts next week, as well as play-off games in other divisions, and a period of applause will take place prior to all matches from next weekend.

The EFL are also planning measures to support the Black Lives Matter campaign.

Premier League action resumes on June 17, with Sheffield United’s trip to Aston Villa and Manchester City vs Arsenal kicking off the action. 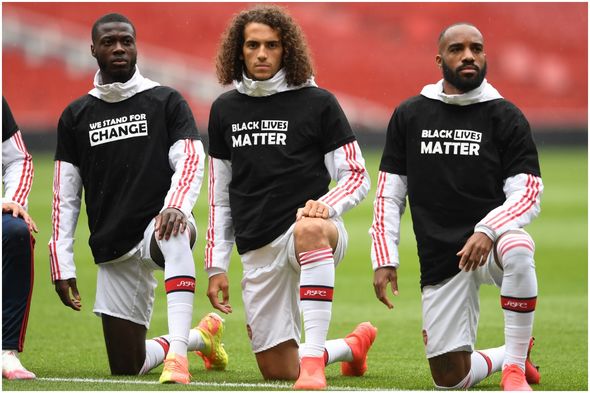